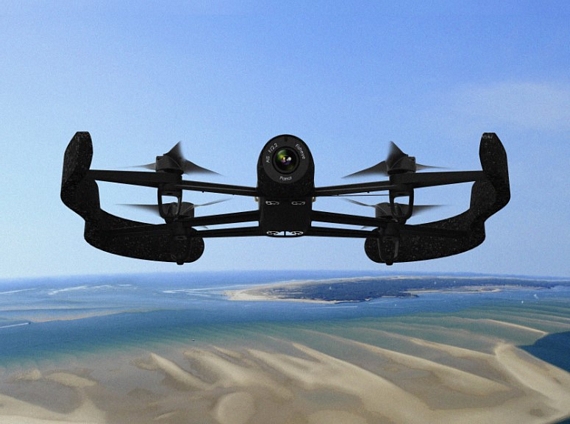 Parrot, makers of the popular A.R. Drone and MiniDrone, just announced the latest addition to its fleet. Called the Bebop Drone, the new robo-flyer brings a whole host of technical updates that make it practically irresistible to the growing legion of quadcopter enthusiasts.

Aerial photography has evolved to become one of the most popular applications for consumer drones. As such, Parrot pulled out all stops for aerial photography (to the extent that CEO Henri Seydoux called it a “flying camera”), arming the new drone with a 14-megapixel camera sensor and a 180-degree fisheye lens, reinforced by rubber shock absorbers isolating it from the drone’s vibrations and three-axis digital stabilization to keep the camera pointing in the same direction regardless of aircraft movements. Basically, it’s optimized for taking spy photos out of the box, so you can immediately conduct your covert reconnaissance missions. 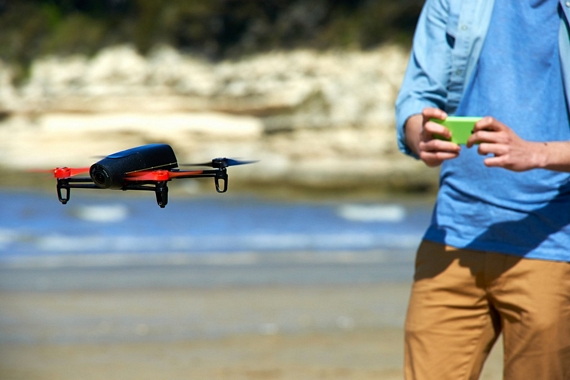 Bebop Drone comes with an amplified WiFi radio and four antennas, boosting the operating range to 1.2 miles. It also comes with an integrated GPS module that allows the quadcopter to follow a pre-programmed flight path autonomously, so you can just sit back and eat a Waffle Taco while the drone hovers around the city skies. As with Parrot’s other drones, video can be streamed live to a mobile app, where it can also be remotely operated. Other features include a vertical camera for viewing what’s right underneath the drone, an ultrasound sensor for detecting ground proximity (helpful during landing), and an onboard battery that can juice it for up to 12 minutes in one go. 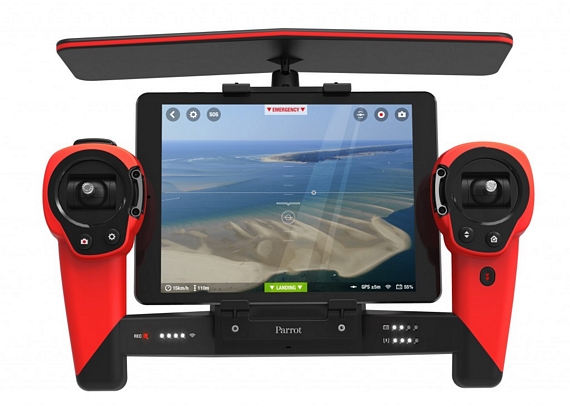 An optional Skycontroller is also available, which lets you pilot the drone using physical joysticks and buttons. It comes with a dock for holding your mobile device, as well as an integrated shade to ensure bright outdoor sunlight cannot interfere with your flight experience. Oh yeah, the Skycontroller comes with an HDMI port for plugging in VR headsets (like the Oculus Rift) so you can feel like you’re flying right with the drone. 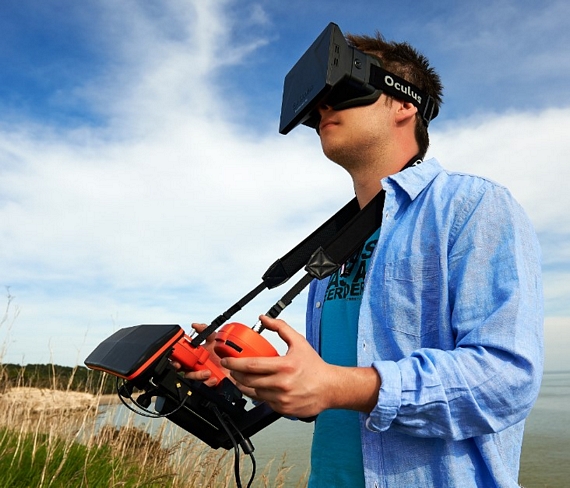 No pricing has been announced, but the Parrot Bebop Drone will hit shelves in the final quarter of the year.