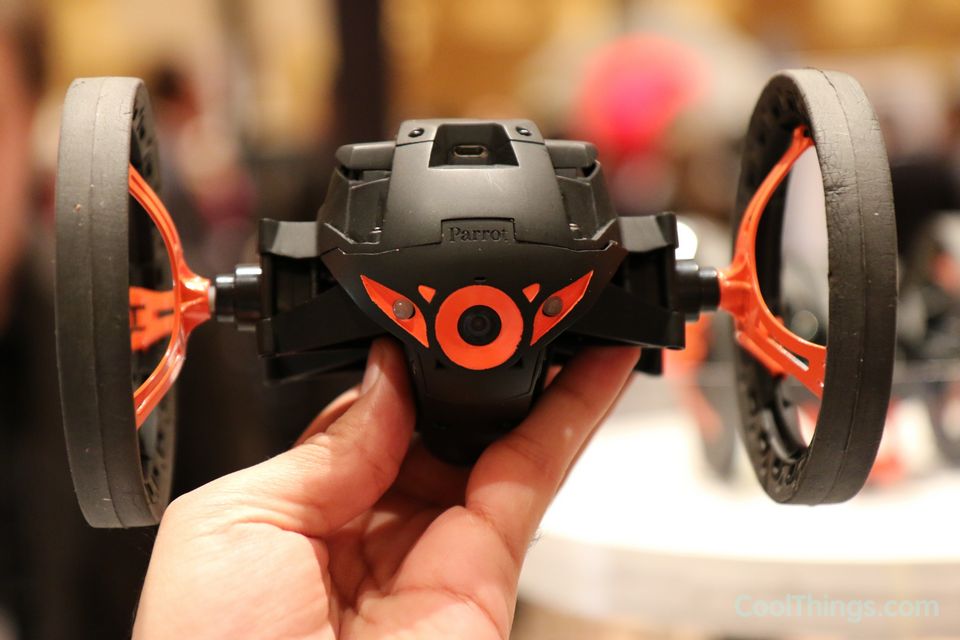 Just like many things that originated from military applications, drones are awesome. But even consumer-quality toy drones tend to sit on the expensive side of the store aisles. If we’re truly going to bring drones to the mainstream, they need to come with a more consumer-friendly price tag. Parrot thinks they just might have the drones for that job.

This week at CES 2014, the company announced two new products: the Parrot MiniDrone and the Parrot Jumping Sumo. Unlike their original AR.Drone, the two new robots come in palm-sized form factors, so they’re compact, easy to operate, and ideal for children’s play. The manageable size also means a lot less elaborate hardware, which should enable the company to keep prices down.

The Parrot MiniDrone is basically a miniature version of the outfit’s flagship quadcopter that you control using an accompanying iPhone app. During flight, you use one thumb to control the oscillation and another thumb for altitude and rotation, with phone tilts controlling the drone’s direction. Like the AR.Drone, it’s designed to be highly stable during flight (they say, it can bounce off walls during indoor flights without crashing), making the whole thing very easy to control. Unlike it, however, there’s no onboard camera to capture a stream of everything it sees, so the drone is strictly for flying around rather than surveillance of any sort.

The Parrot Jumping Sumo, on the other hand, is a rover-style robot with two independently-controlled wheels, an accelerometer, and a gyroscope. It uses oversized wheels that allow the toy to make swift 90-degree and 180-degree turns, as well as a spring-loaded jump mechanism that lets it leap up to 3 feet. An app controls the bot’s operation, with an onboard QVGA camera providing a watchable feed of everything in its path. Other details include 20 minutes of battery life, a range of 160 feet, and dual-band 802.11ac Wi-Fi connectivity.

Both the Parrot MiniDrone and the Parrot Jumping Sumo will be available later in the year. No exact pricing has been announced. 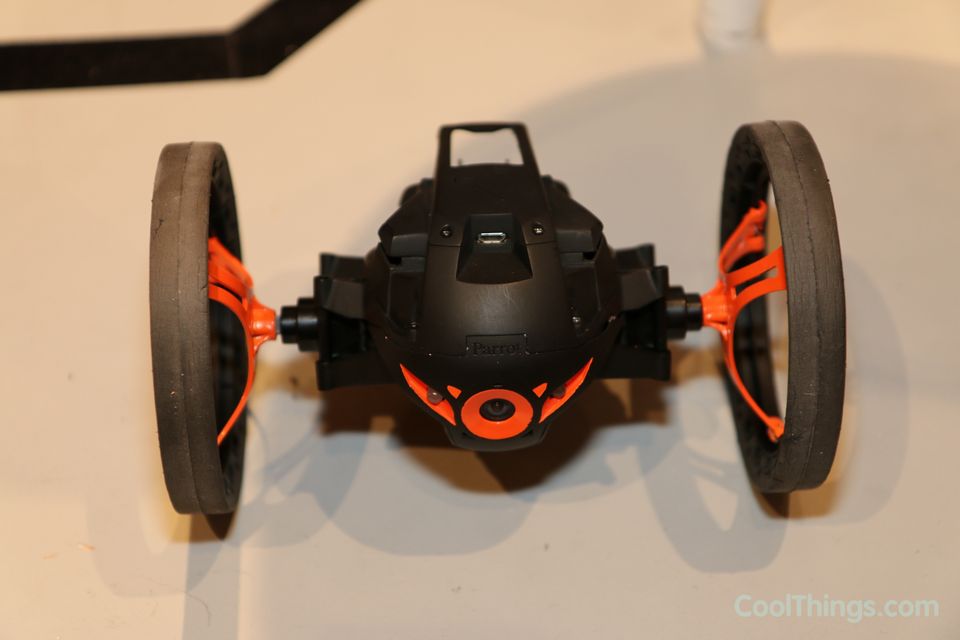 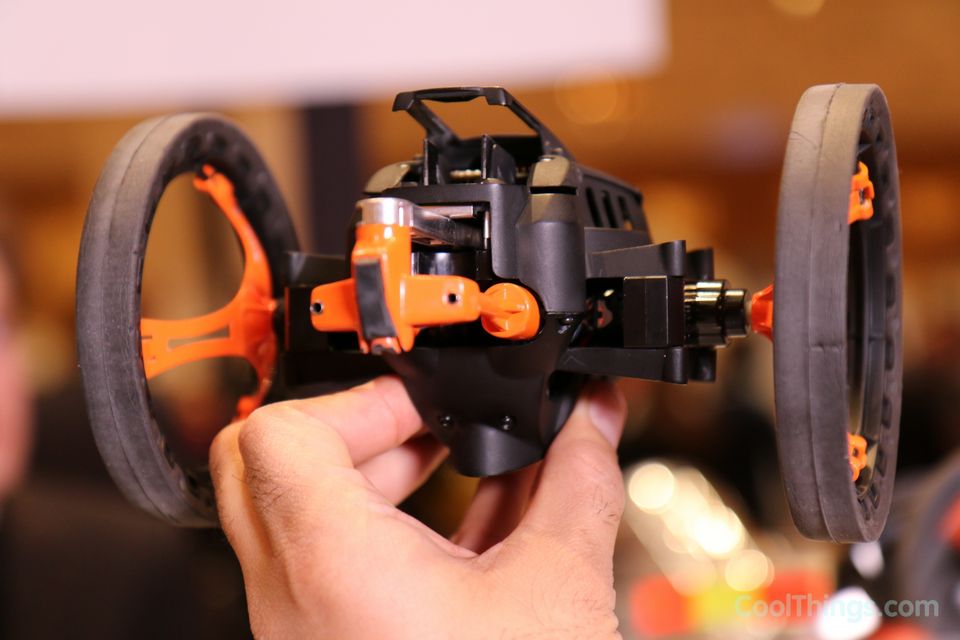 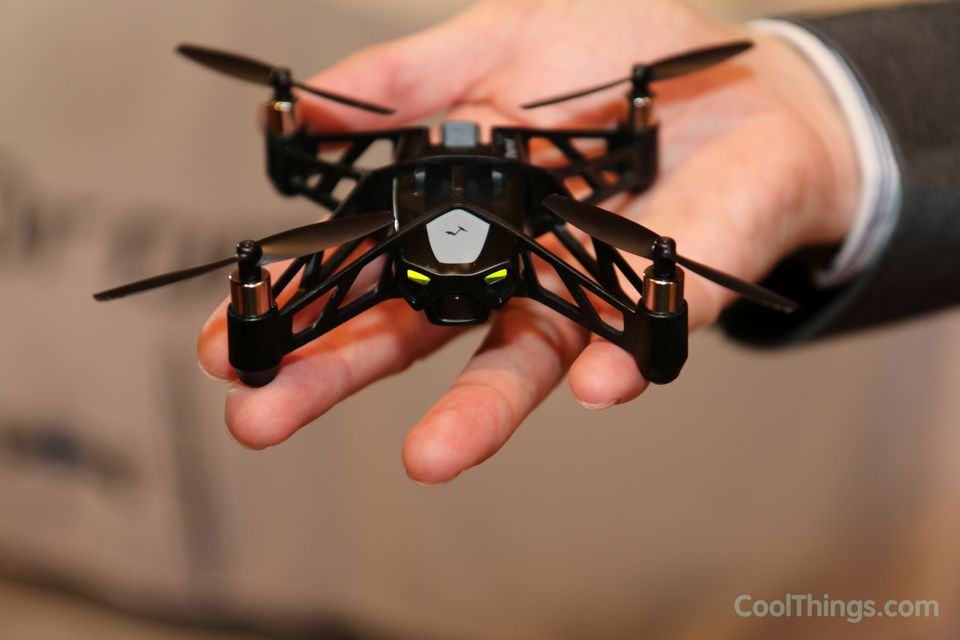 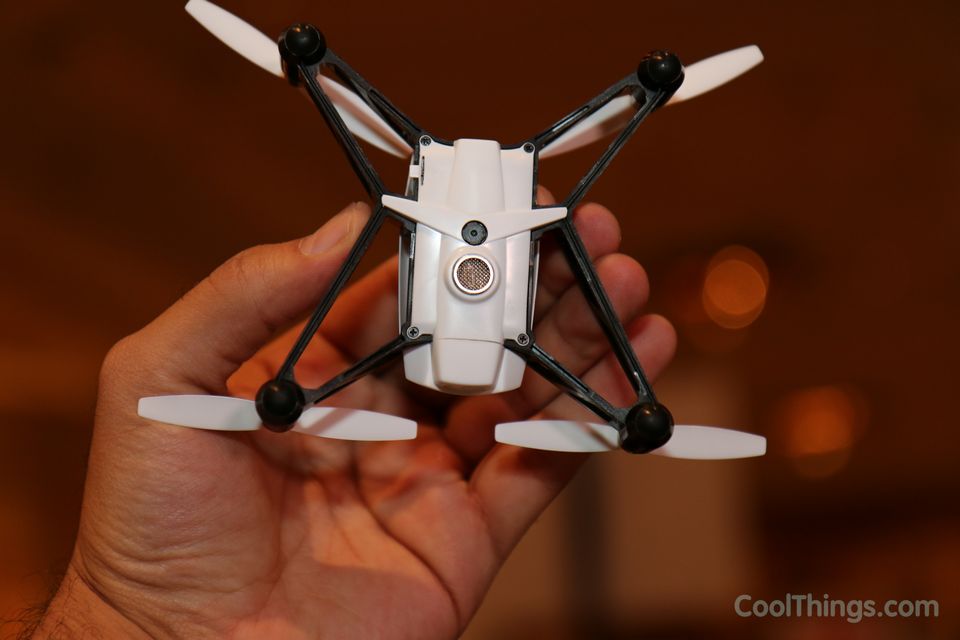 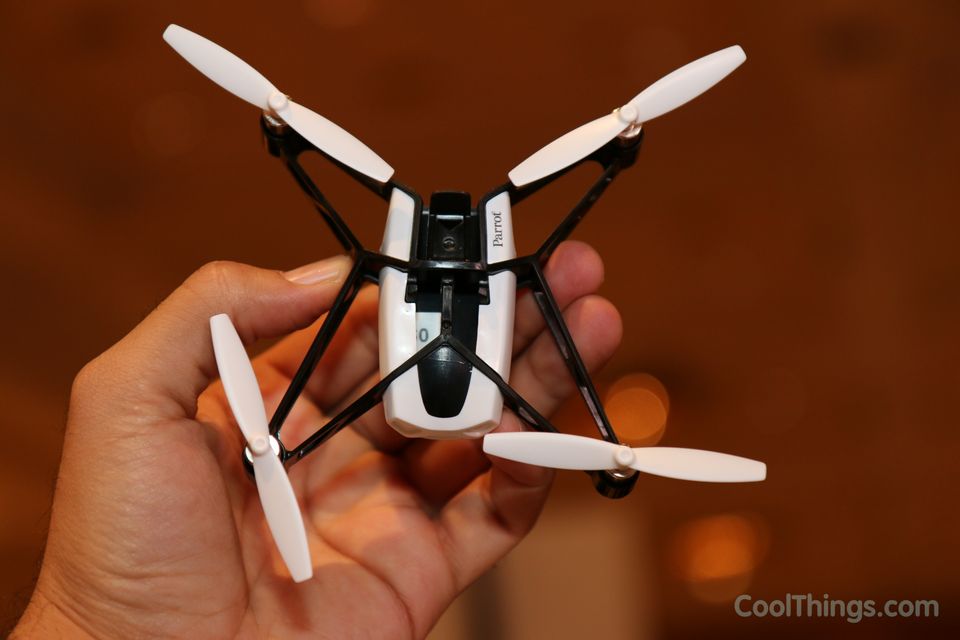 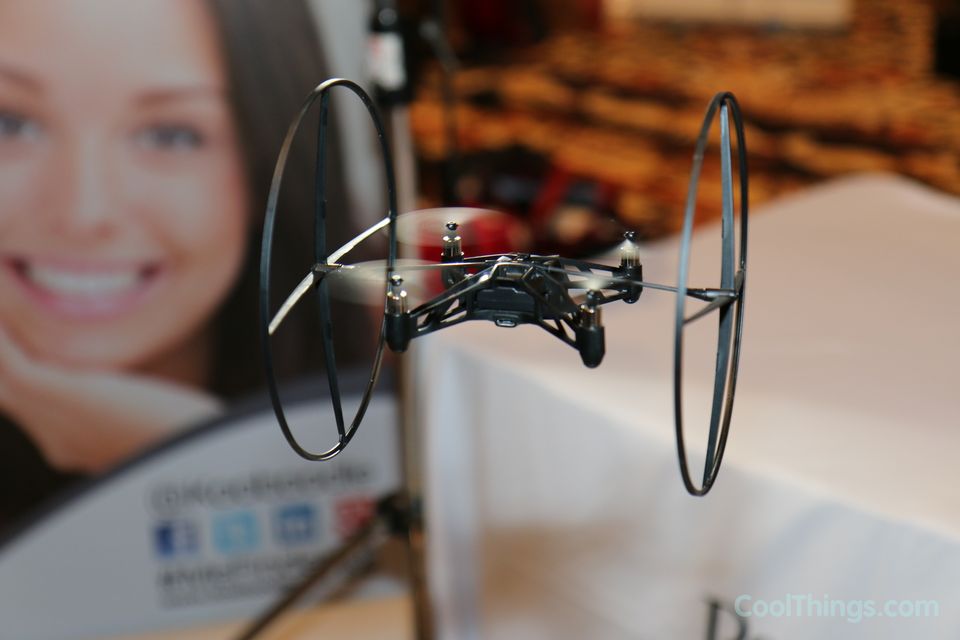 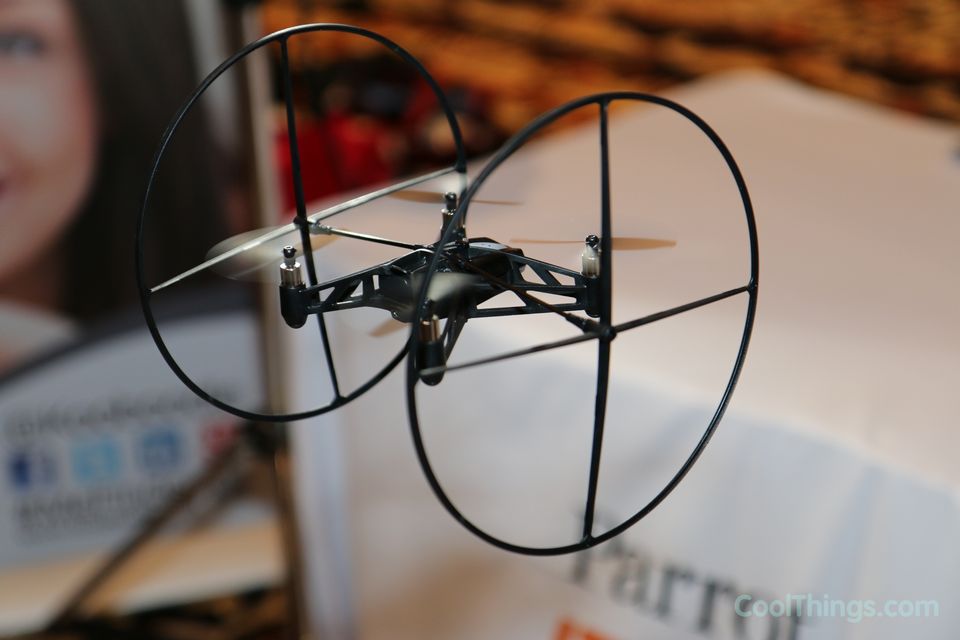 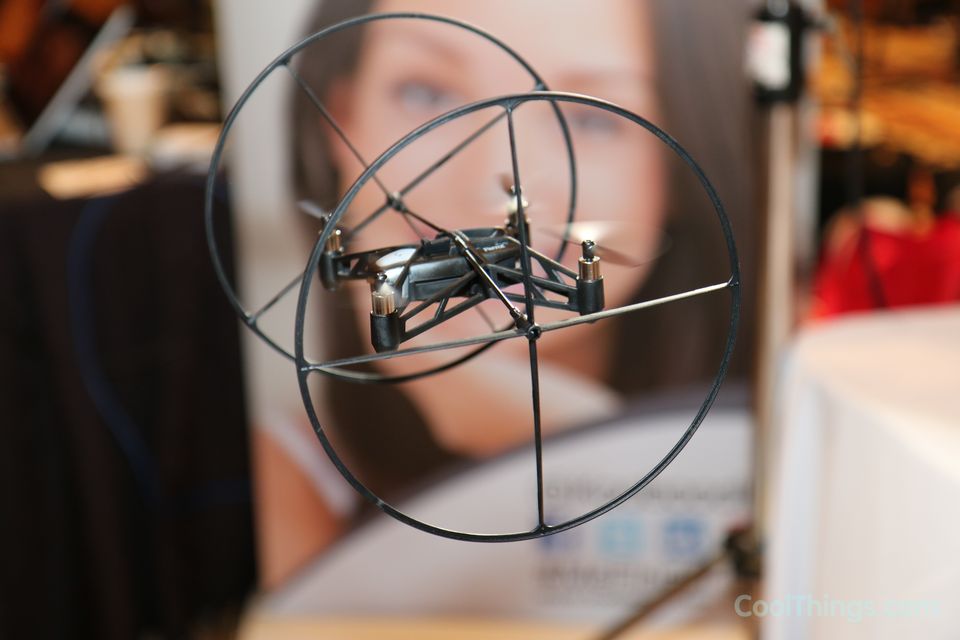