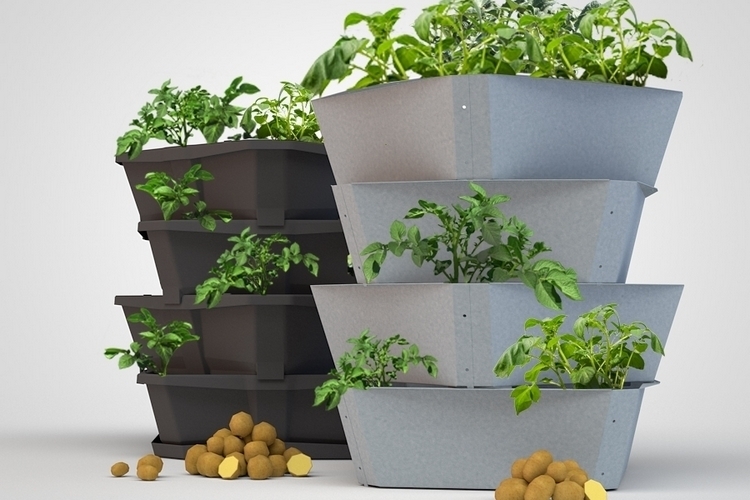 Gardening is fun. Problem is, growing a healthy load of crops take up plenty of space, making it more difficult for folks with limited room in their backyards. So how do you grow a relatively large potato garden in an erstwhile small space? Paul Potato, a garden tower, offers a solution.

Designed to let you grow potatoes in terraces, balconies, and other limited outdoor spaces, it’s a garden tower that consisting of four individual planters stacked on top of each other. That way, you can grow four planters’ worth potatoes while taking up the footprint of just a single one, making it viable solution for those with extremely limited gardening room. 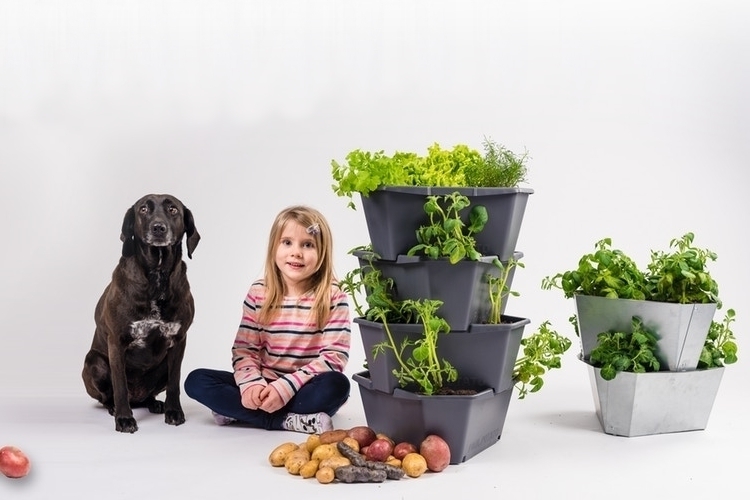 Paul Potato uses six-sided containers that are shaped such that the corners are exposed when one is stacked on top of the other. This design ensures each planter is exposed to some amount of sunlight, allowing the plants to properly grow despite the unusual tower configuration. Aside from making the most of limited space, the outfit claims the tower is also more efficient than traditional potato gardens, allowing you to grow up to ten times the amount of potatoes using the same amount of seedlings.

To use the tower, start by filling each layer with soil, adding fertilizer, and putting a seedling in each of the three corners. From there, you stack the planters in a tower configuration, making sure to place each one such that the corner of the bottom planter is exposed. From there, you just maintain it like a regular garden, adding water and fertilizer as needed. Once the plants turn brown, that means it’s harvest time, so you can now take down the tower and start digging up the potatoes that have cropped up underneath the soil. 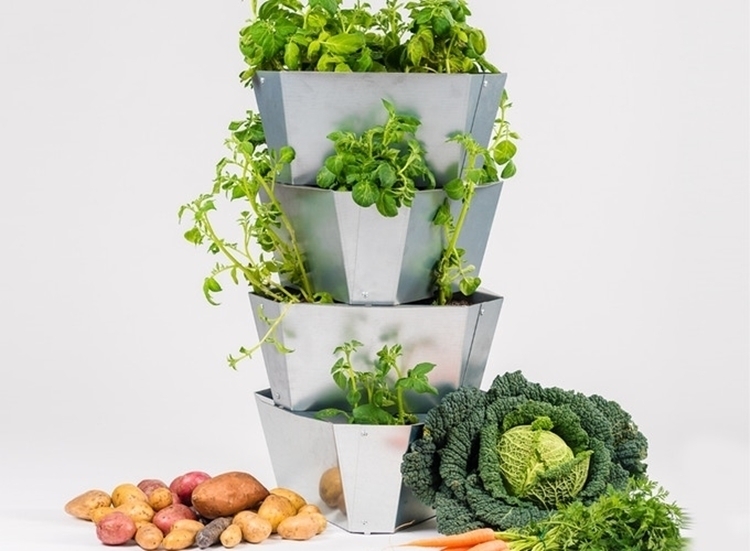 Paul Potato comes in two variants: regular (made from polypropylene) and galvanized steel, so they should both withstand continued exposure to the elements. The former measures 27.5 inches tall when stacked and accommodate up to 14 liters of soil on each level, while the latter stands slightly taller at 28.6 inches and accommodates 16 liters of soil on each planter. One last difference: the plastic variant ships as nested planters that you can use out of the box, while the steel version is shipped flat-packed, so you’ll need to spend some time putting it together with a screwdriver. 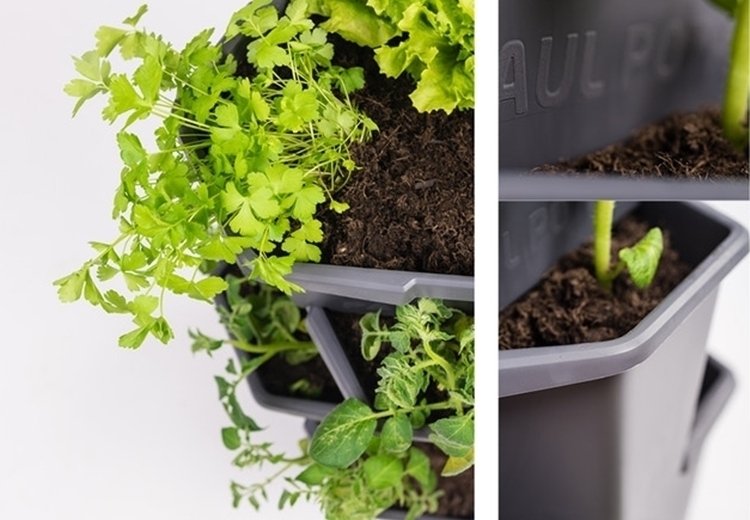 Each planter, by the way, comes with perforations at the bottom, so water can flow out and make room for air to enter the soil, while the stacked design with the few exposed corners makes it unlikely to be infested by small rodents like voles, which is a common problem for traditional potato gardens. According to the outfit, the tower can give you a full harvest of potatoes in as little as 16 weeks, although it could extend up to 20 weeks, depending on planting conditions. Either way, that’s a whole lot of potatoes for a small amount of space.

A Kickstarter campaign is currently running for Paul Potato. You can reserve a unit for pledges starting at €39.