Peachy Printer Is A $100 3D Printer… With Lasers 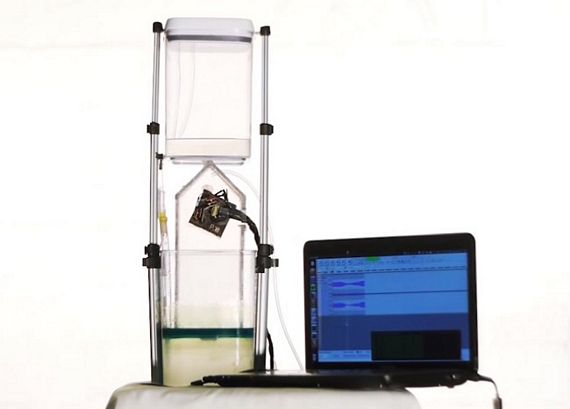 Over the past couple of years, 3D printing has evolved into a much more inexpensive undertaking, with desktop-grade rigs costing as low as several hundred dollars.  While that is plenty affordable, we all know printers will likely need to retail at a hundred bucks or less if we want it to go full mainstream.  The guys behind Preachy Printer think they have just the design to make that happen.

Unlike 3D printers from companies like Makerbot and Cubify, the new contraption is a photolithographic device that uses a controlled laser beam to cure light-sensitive resin into a hard three-dimensional object.  That’s right, lasers.  Apparently, lasers don’t just make TVs and razors better, they make 3D printers cheaper, too! 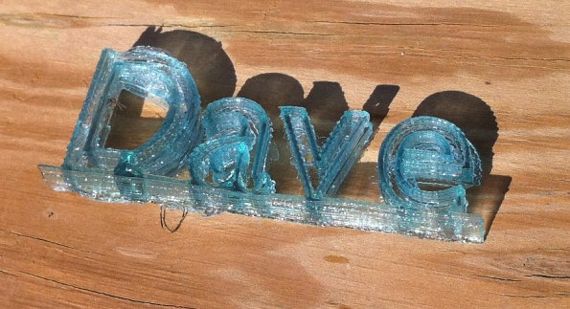 The Peachy Printer employs a pair of mirrors to reflect and control the path of the laser beam across the X and Y axes, which receive their directions from the software module through audio waveforms passed via the computer’s 3.5mm port.  For the Z axis, it uses a valve-controlled drip feed for the resin that’s able to communicate with the PC via the microphone jack, so the software knows exactly when to stop the resin drip.   Basically, it does this over and over until the software determines the entire print is finished.  Even better, the printer can also function as a 3D scanner if your pair it with a webcam.

Everything is open source, so you can tinker with both the machine and the software easily if you’re into that kind of stuff.   It’s designed to work with Blender, the free open-source 3D modeling software, paired with custom modules that translate the design into an audio waveform.

As of now, Peachy Printer is in working prototype stage, although the team emphasizes this is not the final model.  The plan is to take another two months to finish the final versions of the hardware and software, after which, manufacturing will commence.  The team is currently collecting preorders from Kickstarter, with pledges starting at $100 to reserve yourself a unit.