Pear Is A Bluetooth Dongle For iPod Speaker Docks 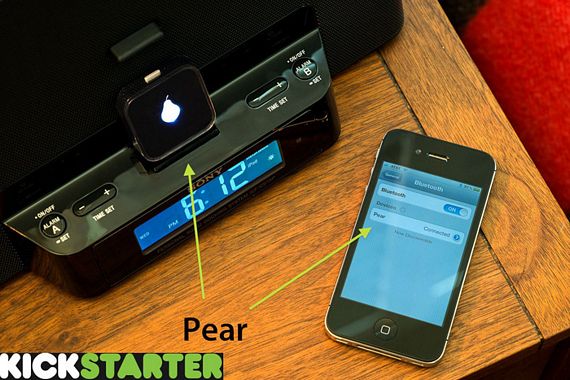 You have an older iPod speaker dock that you’ve grown to love.  And it’s so old it doesn’t even Bluetooth.  And it’s one of those “works with iPods only” gadgets that doesn’t even have a 3.5mm connector. And you’ve sold off all your iPods and switched to an Android phone. But you still love that speaker and you keep wishing that one of these days, something will happen that will make it usable again.  That day may be here with the Pear.

A single-purpose gadget, its sole mission in life is to add Bluetooth capabilities to your favorite iPod dock.  Just slot it in the speaker’s cradle with the standard 30-pin connector and, like magic, that dusty, unused speaker suddenly becomes a useful staple in your household again, playing tunes from your laptop, your Android phone and whatever other Bluetooth gadgets you use to hold all those pirated music you’ve been downloading by the gigabyte. 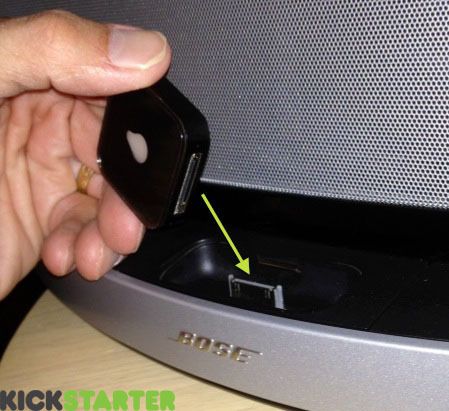 Pear looks like a slightly smaller version of the current iPod Nano, with the logo of a pear in the face instead of Apple’s staple fruit.  The gadget will supposedly work with most standard speaker docks (like the Sony SRS-V400IP and the Yamaha PDX-11), although they’ll still need to do some more work towards compatibility with in-car docks and much older speaker docks.

If you still use an iPhone, but don’t like your cheap speaker dock’s Bluetooth-less feature set, the device should also prove helpful.  Just use the dongle to pipe music from your phone and enjoy your tunes in full blast, all while being able to send tweets and post Facebook updates to your heart’s content.

Currently, Pear is fully funded on Kickstarter, so expect production to happen a short way down the line.  You can reserve yourself a unit for $40.