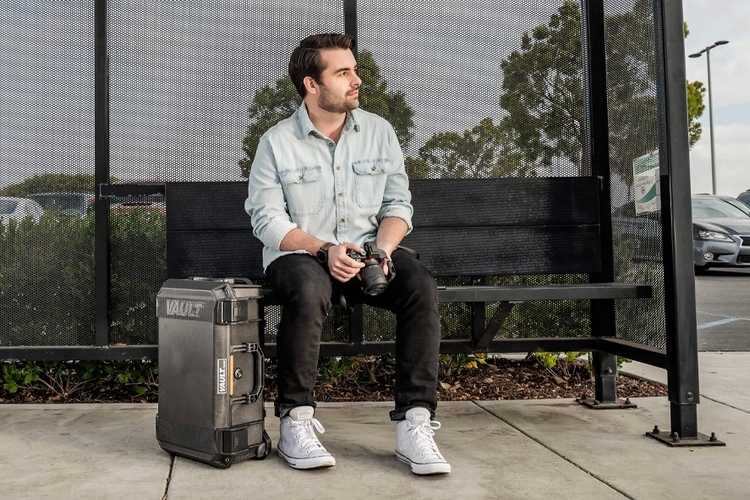 Yes, using one of Pelican’s protective hard cases as a carry-on suitcase sounds like overkill. If you’ve ever had any gear damaged from water, impact, or whatever other abuse traveling inflicts on luggage, however, you’re probably thinking about doing just that. Problem is, those darn things are expensive – way more expensive than your typical travel suitcase. Fortunately, the outfit’s got you covered with the Pelican V525 Vault Rolling Case.

To the unfamiliar, the Vault collection is the outfit’s new range that delivers a similar rugged protective build as their standard cases, while coming in at a more affordable price range. Because… you know… they charge a pretty penny for those over-engineered cases, making them a tough purchase for most folks looking to pick up a suitcase for travel. This new collection should make using a Pelican hard case luggage a more viable option. 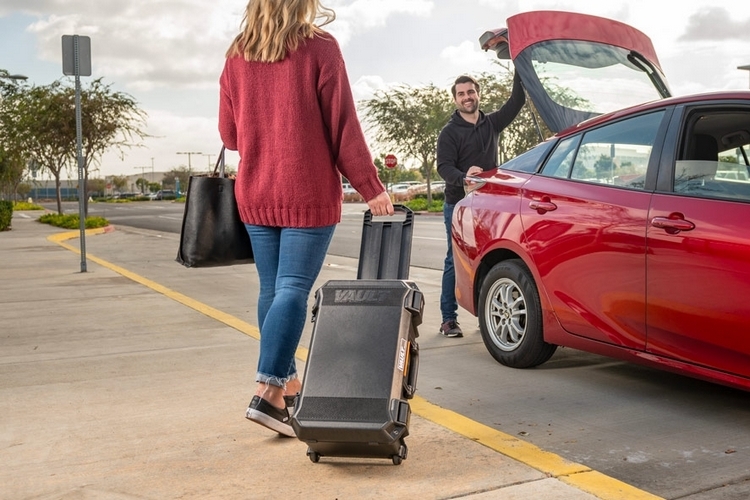 The Pelican V525 Vault Rolling Case is a crushproof, dustproof, and water-resistant case for travel, allowing you to pack your personal belongings in a rugged and protective piece of luggage. Is this as strong as those regular Pelican cases? We doubt it, as they had to cut some corners to bring the price down. According to the outfit, though, it’s still “the most rugged and secure in its class,” so it’s still tougher than whatever other hard-shell suitcase you can get in the market. It measures 22 x 14 x 9 inches, which should be compact enough to comply with standard airline regulations for carry-on luggage, so you will be able to take it with you on the flight and stash it in one of those overhead compartments.

Like any proper carry-on luggage, it comes with wheels and a retractable extension handle, making it easy to drag around the airport while you wait for your delayed flight to get rescheduled. The wheels, by the way, use stainless steel ball bearings and reinforced handles, so those accessory parts should be just as durable as the rest of the case. 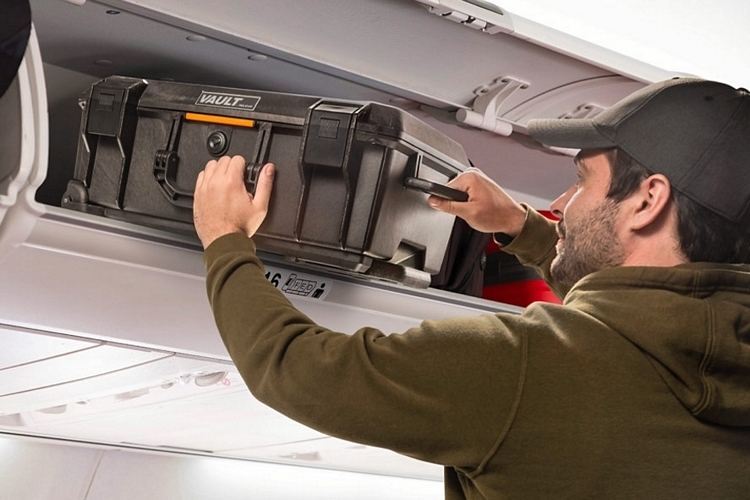 The Pelican V525 Vault Rolling Case has an interior that measures 19.9 x 10.6 x 7.3 inches, so you should be able to stash a good amount of stuff inside. It comes with foam on both the lid and the main compartment, which you can use as extra layer of protection to keep the luggage from leaving your gear with nicks and scratches, although they also offer an optional padded divider if you want to better organize all the stuff you’re bring along. That divider, by the way, comes with built-in compression straps, so you can use it to really maximize the amount of things you can fit in the case. 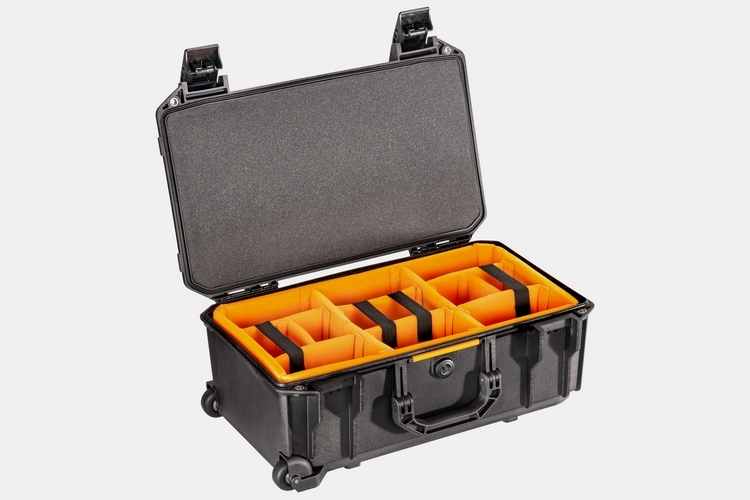 The clamshell opening is secured using a pair of large latches that hold it shut throughout your trip, all while being easy enough to open using the integrated push buttons. Holes on two corners of the lid, by the way, allow you to secure it under key with your own padlock.