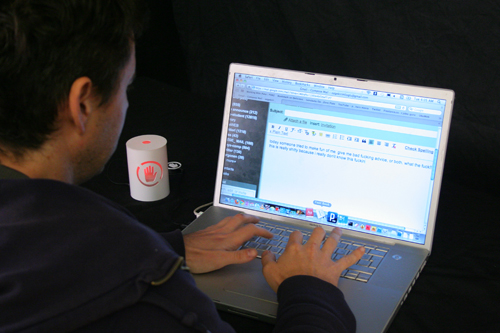 Here’s a USB accessory I can’t believe the crazy people at Brando never thought of: a deodorizer that releases an unruly scent when you swear too much at your keyboard.    Called the Pepper Mouth Peripheral, the gadget unleashes a disturbing pepper smell every time you swear  a little too frequently for comfort.

Created by Ozge Kirimlioglu, the USB accessory is part of his Ultra-Modern Life Training Lab, which attempts to give a more tangible form to the kinds of online indiscretions people normally take for granted.  In this case, it attempts to show the kind of offensive “stink” you’re putting out to the world when you talk like a potty mouth in your social networking profiles, emails and chat.  The idea is to have your “bad language” disturb you with a bad smell, so you can understand the consequences of using such language. 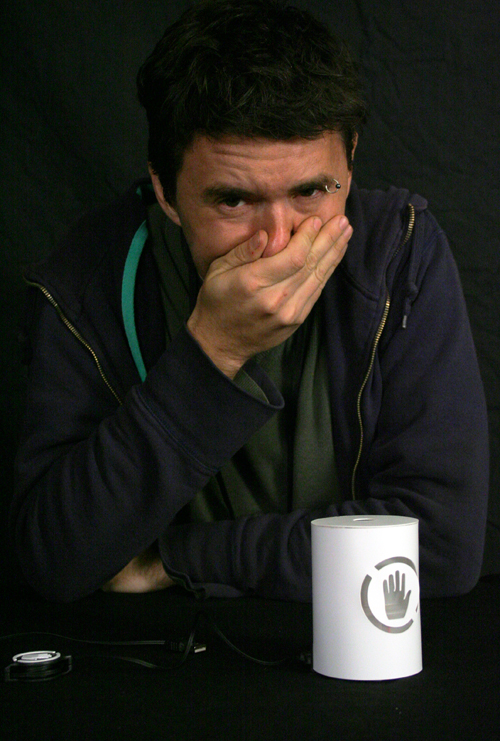 The Pepper Mouth is a cylindrical box with a LED, fragrance atomizer and a microcontroller managing the whole operation.  It interfaces with your computer’s USB port, watching for unruly words to appear out of the stuff you type.  When it catches bad language, it fires up the LED (to visually warn you of the infraction); if you continue, this is followed up by that unpleasant sensation of pepper assaulting your olfactory senses.