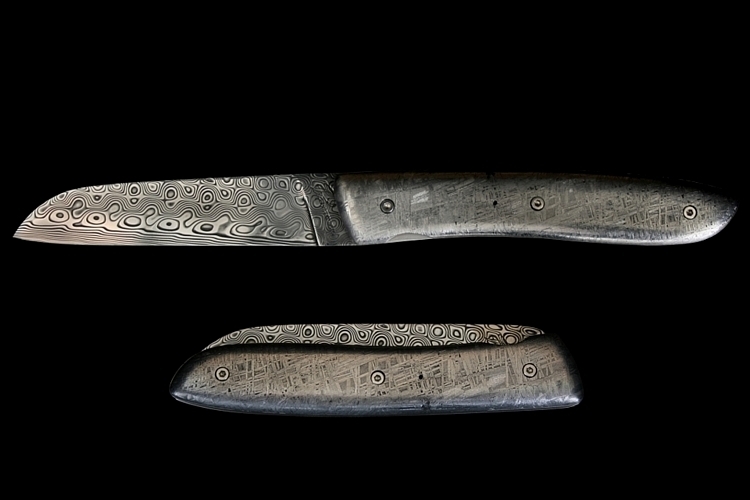 What goes into a single knife that makes it worthy of being priced at €4,720? In the case of the Damascus Meteor Scales, we’re guessing it’s a combination of the rare materials and high level of craftsmanship. Whether it’s actually worth that kind of money, though, will be something you’ll need to decide for yourself.

Truth is, it might very well be. The blade, after all, is cut in Series L Damascus steel, which is forged using a special technique that imparts concentric circles resembling rosebuds along its surface. Well, either rosebuds or some trippy psychedelic pattern. More important than the blade, though, is the knife’s handle, which is fashioned from a single block of solid meteorite that came straight from outer space. And while it comes with no latent extraterrestrial powers, that’s still very, very cool.

The Perceval Damascus Meteor Scales is a folding knife with a 3.2 inch blade and a 4.8-inch handle, so while not exactly small, it’s compact enough to fit in most pockets. And, yes, with the built-in backstory of a handle cut entirely in Muonionalusta meteorite (which fell down in Northern Scandinavia), you’ll probably want to throw it in with the rest of your everyday carry. Every knife is handcrafted from Perceval’s workshop in Thiers, France, with each blade carefully ground using traditional techniques and hand-polished with scoured buffalo leather.

Want one? You can get the Perceval Damascus Meteor Scales directly from the outfit’s website.