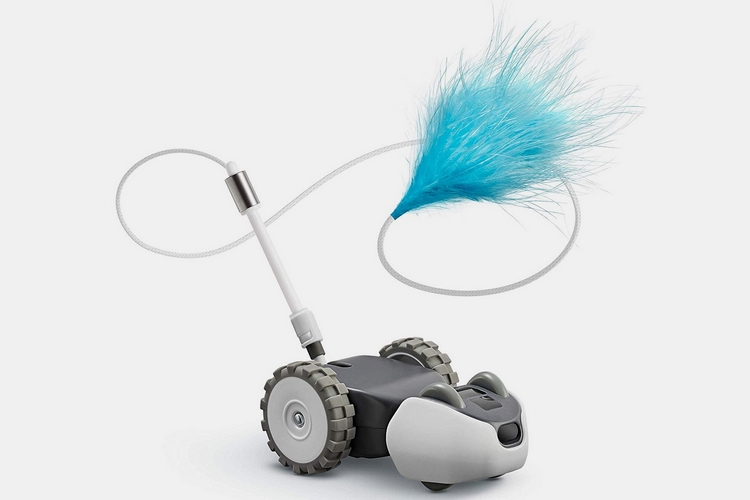 Keeping a cat indoors is a great way to keep them from running off and getting lost. Problem is, it’s not the best way to get them any kind of meaningful exercise. And since you can’t turn your cat into mecha weapon in real life, the Petronics Mousr offers a way to help.

Billed as a “robot cat toy,” the device is designed to keep your cat chasing autonomously, forcing them to get some exercise while keeping them busy and amused the entire time. You know, like having a mouse for your cat to chase all day without having to deal with cleaning up blood, guts, and whatever mess is usually left when your cat takes on actual rodents. 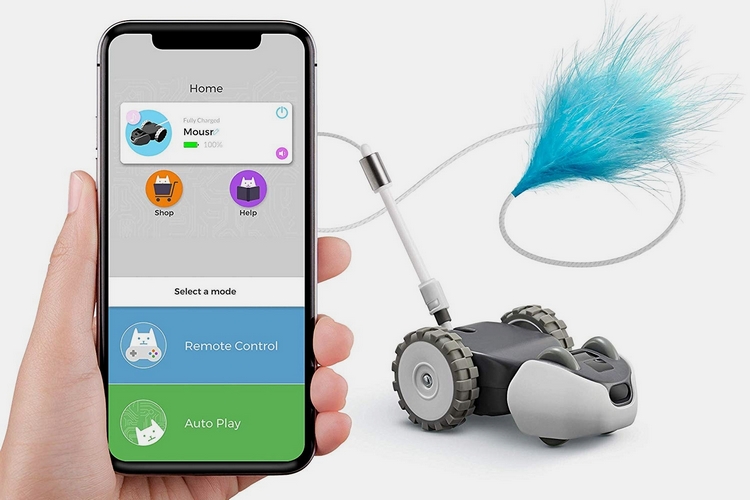 The Petronics Mousr is a small wheeled robot about the size of a mouse that’s meant to move freely across home surfaces, allowing it to turn into an instant distraction for your cat whenever you want it to get some exercise. It has large wheels that can drive over carpet, rug, wood, linoleum, and tiles, ensuring you can let it loose, regardless of your home’s floor situation. A built-in navigation sensor allows it to safely explore the environment while avoiding obstacles, allowing it to keep moving for a long time without getting itself stuck. It comes with three autonomous play strategies, namely open wander, wall hugger, and stationary, allowing you to experiment to find which ones you cat enjoys best.

A “cat proximity sensor” allows it to recognize when the cat is close to it, giving it the ability to recognize when it needs to speed away to avoid being caught. That sensor also serves as a way to get the robot to start playing without your intervention, since the cat approaching should spur it to start a game mode immediately. When it’s caught, the robot can be set to either play dead or struggle to escape, giving you a way to change up the gameplay to see whether your cat responds better to either one. 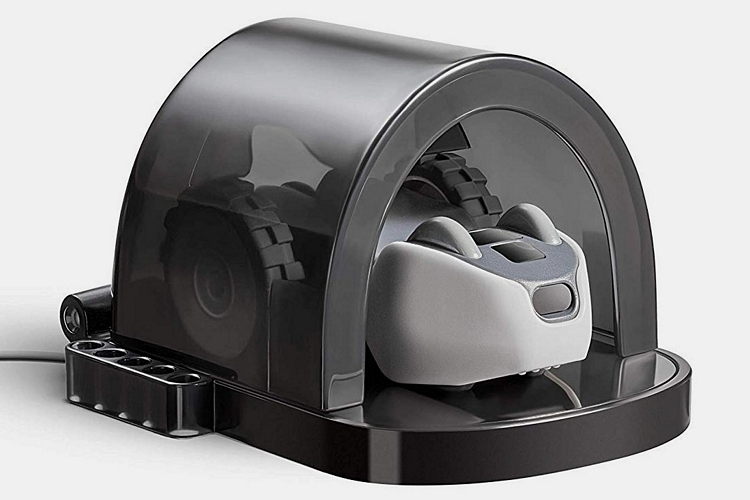 The Petronics Mousr, of course, can also be controlled manually using the companion app, giving you a way to play with your cat during those days you’re spending time at home. For those times your cat manages to flip the toy over, it’s equipped to reorient itself correctly, allowing it to keep the chase going even after getting caught and put in a bad spot. It even comes with built-in sounds that it can play while being chased, making it an even more attractive target for your cat. 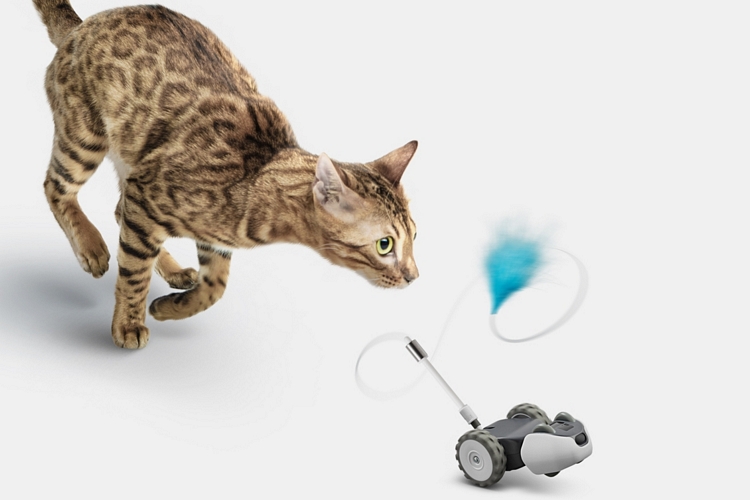 It’s constructed from a tough polycarbonate shell that, the outfit claims, should allow it to survive multiple crashes, flips, and cat attacks, even from larger felines like Maine Coons and Savannahs. Do note, this is restricted to playing with by cats, as the outfit claims they cannot guarantee that it will survive a dog’s more rugged play. Other features include a variety of slot-on tails that you can use to vary the robot’s appearance and an onboard battery that’s rated to keep it running for around 30 minutes of continuous driving at full-speed. Since it’s not meant to play that way (it waits for your cat and moves as it approaches), expect a fresh charge to last a whole lot longer. 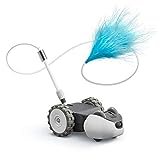