Phantom v1610 Camera Can Do 1 Million Frames Per Second 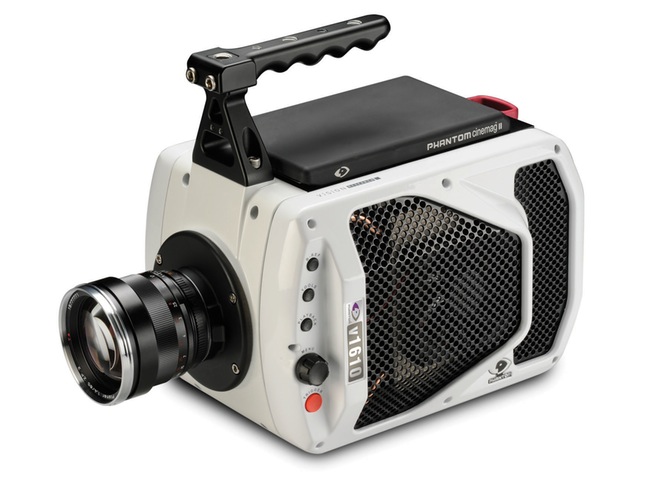 Mad scientists do plenty of experiments that need to be recorded using high-fps machines.  Otherwise, they could end up missing a crucial frame of action.  So if you fancy yourself a proponent of mad science with questionable intentions, go buy yourself that secret island lair and make sure to grab a Phantom v1610 on your way there.

Made by Vision Research, the high-speed video equipment can capture action shots at up to 1,000,000 frames per second.   To do that, you’ll need to lower the resolution to the crappiest available, but there’s a whole lot of options that balances the two factors out.

At best quality (1280 x 800 resolution), the Phantom v1610 can shoot at 16,000 fps, which still packs quite a lot of material for reviewing video in super slow motion.  Maximum built-in storage is 96GB, which might sound like a lot for regular video.  Shooting at full resolution and speed for research purposes will fill that up in just 4.19 seconds, though, so you might as well pick up one of the company’s Cinemag add-on modules if you want to whip up slightly longer recordings (like half a minute or so).

Designed for scientists (both mad and sane), researchers and engineers, the camera naturally comes loaded with professional specs.  You know, stuff like a 28 micron pixel sensor (for superb light sensitivity), dual power inputs, an HD-SDI connector, a GPS input and other things you’ll probably need to hire a henchman from Craigslist with AV talents to understand.

Rumored price for the Phantom v1610 is supposedly a cool million, which shouldn’t be a problem for a mad scientist with dreams of world domination.  In case you just spent  your cash acquiring rare metals and nuclear material, though, it will likely be available for renting, too.