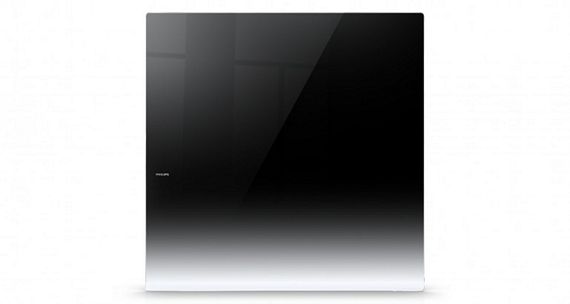 If you’ve been keeping up with new TVs, you definitely would have noticed the ever-shrinking bezels.  Well, we’ve finally reached the pinnacle of that with the Philips DesignLine TV, which proceeds to eliminate bezels entirely.

Made by Amsterdam-based TP Vision (a joint venture between TPV Technology and Royal Philips Electronics), the TV doesn’t just bring an edge-to-edge display panel, it comes in a novel design, too.  When turned off, in fact, the whole thing just looks like a large square sheet of glass, with no visible frame or stand.  Yep, there’s no stand, so you’ll have to either mount it up the wall or lean it against something. 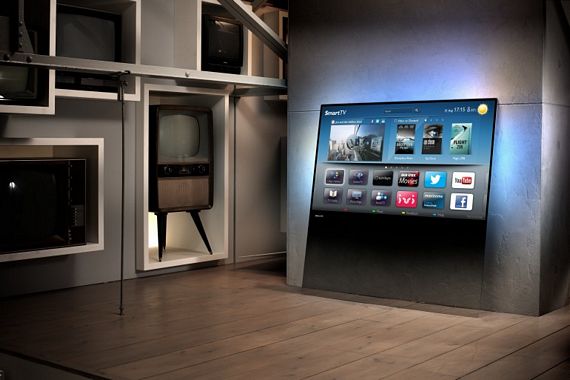 Coming in two screen sizes (46 inches and 55 inches), the Philips DesignLine TV puts the actual TV behind a gradient black sheet of glass with the display occupying the entire upper half.   It features the lot of Philips’ TV tech, with a 1400Hz Perfect Motion Rate, full 3D HD capability, micro-dimming and all that jazz.  Particularly notable is the Ambilight 3-sided XL, which projects colored light that matches the onscreen content around the wall surrounding the TV, so everything feels more vibrant.

Since TVs are going smart, this one does, as well, packing a dual-core processor and built-in WiFi.  We’re not exactly familiar with the smart features on Philips’ TVs, but we’re guessing it can run apps on top of being able to stream content from online and mobile sources without needing to buy a video box like the Roku 3.

The Philips DesignLine TV will launch in Europe the second quarter of 2013.  No pricing has been announced.