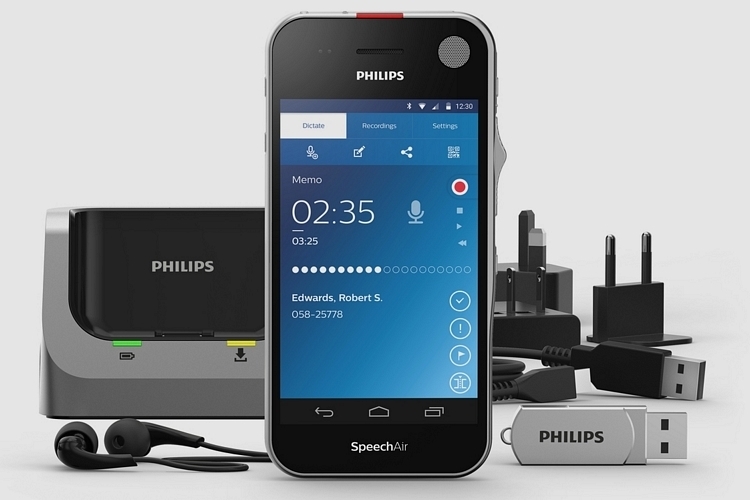 An Android-powered voice recorder, it comes in a smartphone-like form factor, complete with a large display that lets you use apps to do a whole bunch of things to your voice memos.  Want to save it straight to some location on the network? Not a problem. Want to email the interview to your assistant for transcribing? It can do that, too. What about editing a recording? Yes, indeed. 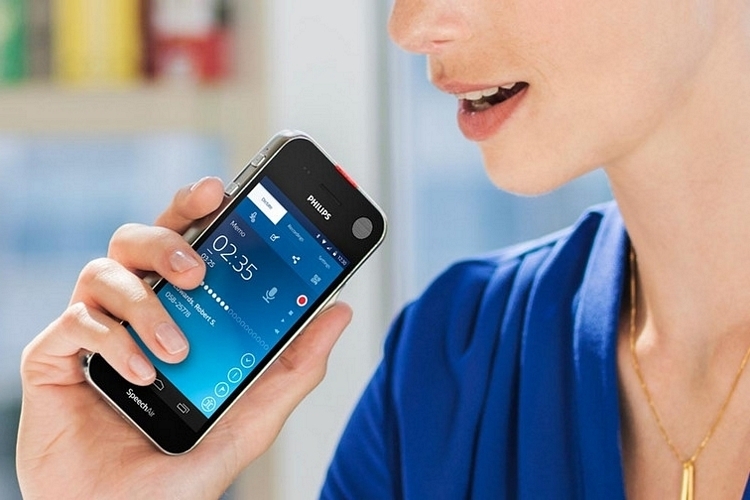 Unlike your smartphone, the Philips SpeechAir comes with large controls on the side for quickly starting and stopping a recording, so it should be a heck of a lot more convenient for the job. For versatile options in recording, it comes with three pro-quality microphones: a 360-degree mic for quiet environments; a directional mic for noisy environments; and a third one for recording VoIP calls.  An onboard camera lets you quickly take pictures to accompany your voice recordings, with an integrated scanner app allowing you to link client data with a recording by simply scanning QR codes or barcodes. 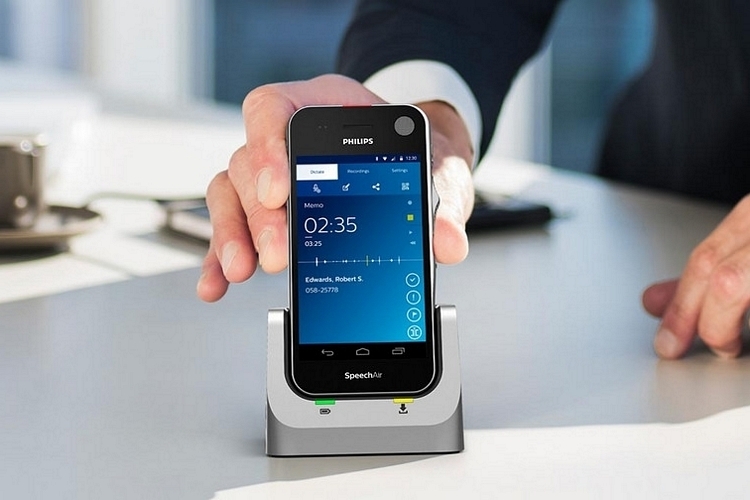 Features include a docking station that can be plugged in to a PC for charging and wired file transfers, wireless connectivity (Bluetooth and Wi-Fi), AES 256-bit encryption, and a selection of bundled apps (complete with an SDK for configuring the system to your workflow). From what we can tell, the system is designed to be a closed platform, although with Android being Android, we’re certain someone will figure out how to sideload and run regular apps on this thing sooner than later.

No pricing has been revealed for the Philips SpeechAir.