Photo Frame Scale Takes Your Weight, Shows Off Your Photos 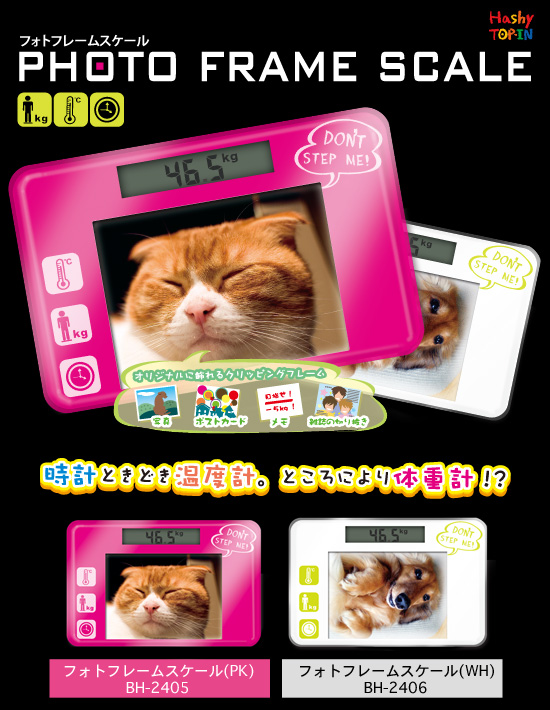 Weighing scales have always been boring affairs, taken out of its hiding spot only when you need to check how much weight you gained from the weekend’s binge.  This Photo Frame Scale makes itself a whole lot more useful by doubling as a desktop picture frame.

Sporting a cut-out slot right on the platform, the device allows you to slip a photograph on the front panel.  There’s a kickstand in the back, too, so you can perch it up on a table, instead of having to look down to see a picture of your favorite cat.

The Photo Frame Scale is a digital weighing instrument that measures your heft in 100-gram multiples. It measures 280 × 185 × 42 mm, with a maximum capacity of 150 kg.  A backlit monochrome display at the top shows your weight, along with other information.

Aside from the picture frame function, the versatile contraption includes a thermometer and a clock.  I wish they threw in an alarm, too, since a weighing scale/picture frame/thermometer/clock that also happens to wake me up in the morning would make for a perfect bedside contraption.  Power is provided by two AAA batteries.

Released by Hashy Top-In for the Japanese market, the Photo Frame Scale is available now, priced at around $27.