Phree Stylus Can Digitally Write On Any Surface 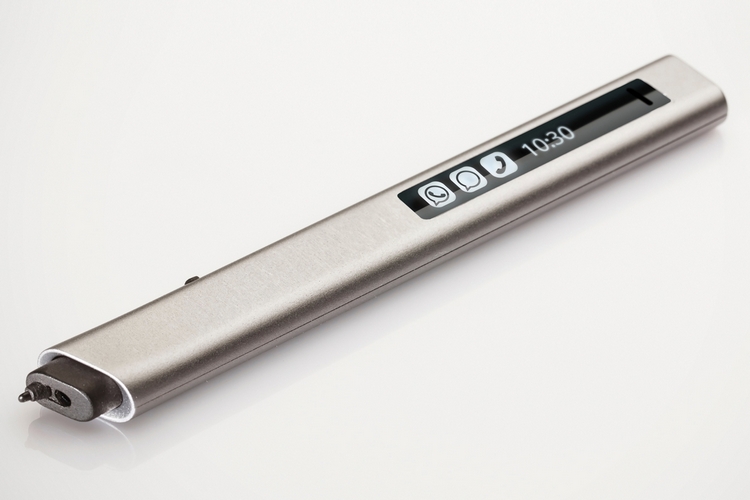 Like any other stylus pens, you can use Phree to hand-scribble anything you want on a digital display.  Unlike them, you don’t need to put the pen tip against a touchscreen or a drawing tablet during use, allowing you to write, draw, and doodle on practically any surface.

Want to draw something on an app while the tablet is still charging on the speaker dock?  Not a problem.  Just launch a compatible app, leave the tablet on the stand, and sketch what you want on the desk instead.  Heck, sketch it on your palm, on the wall, or whatever other surface you want.  This same functionality, by the way, will also let you trace whatever you want from books, magazines, and other printed matter, old-school style. 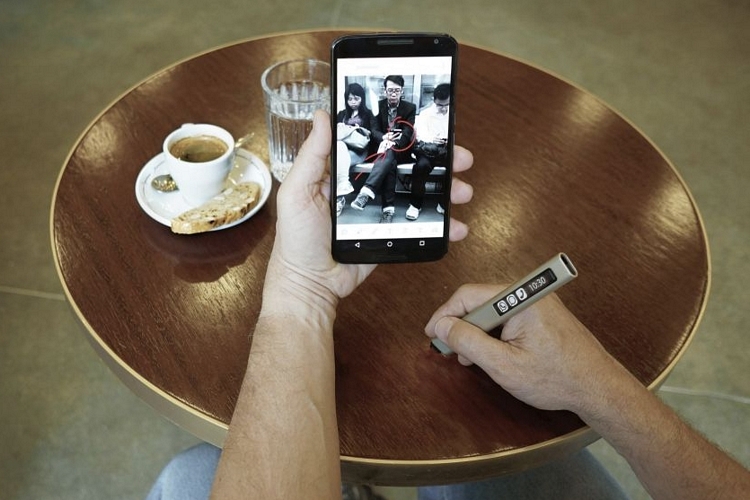 Phree uses a patented 3D laser interferometer sensor called Optical Translation Measurement (OTM) to enable writing on any surface, tracking the relative motion of the pen by measuring the interference signal between a laser projected on the surface and the reflections from the same surface.  During use, it pairs with any device over Bluetooth, functioning much like any stylus, complete with pressure sensitivity for enabling varying width lines during writing.  Since it’s designed for use even with the phone or tablet a short distance away, it comes with its own graphical touchscreen display, allowing you to perform context-sensitive interaction with compatible apps, as well as receive notifications (messages and phone calls). 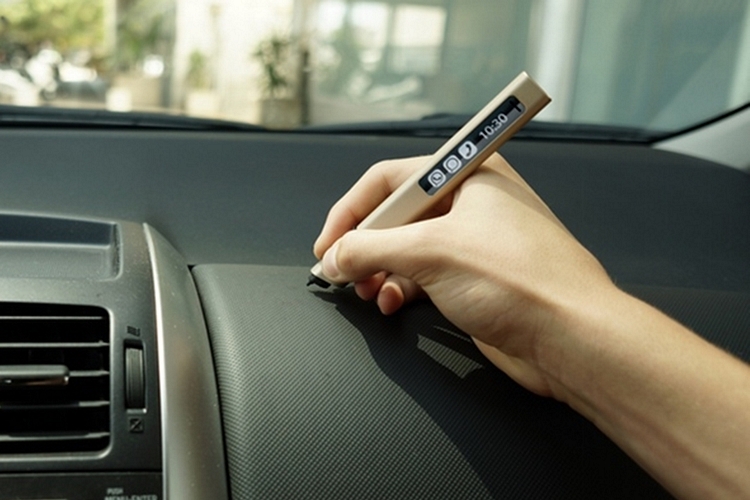 Dimensions are 142 x 18 x 8.5 mm for the pen, with a design that fits both left- and right-handed users.  Not only will it work on mobile platforms (Android and iOS), the stylus can pair with Windows, OSX, and Linux PCs, too, although the strokes will only register on compatible apps.

A Kickstarter campaign is currently running for Phree.  Pledges to reserve a unit starts at $219.