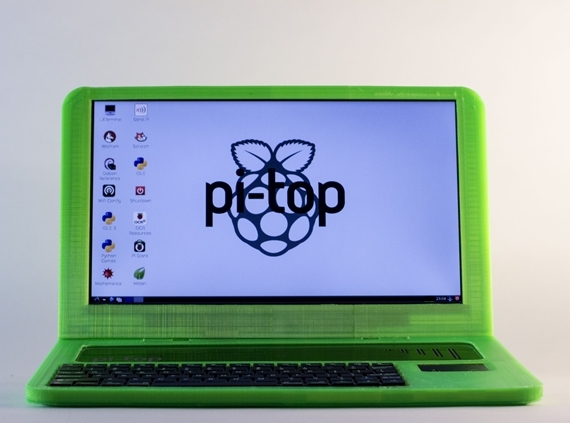 Sure, the Raspberry Pi is a severely underpowered mini-computer, but who says we have to keep using them to build tiny computers?  Not the guys behind the Pi-Top, a kit that lets you build a 13-inch laptop using the credit card-sized rig.

Aimed at individuals keen on learning some basics about building electronics, the kit lets you put together a functioning laptop.  As in, a full-fledged, albeit underpowered, Linux computer that you can drop in a laptop bag for taking on the road.  It’s pretty awesome. 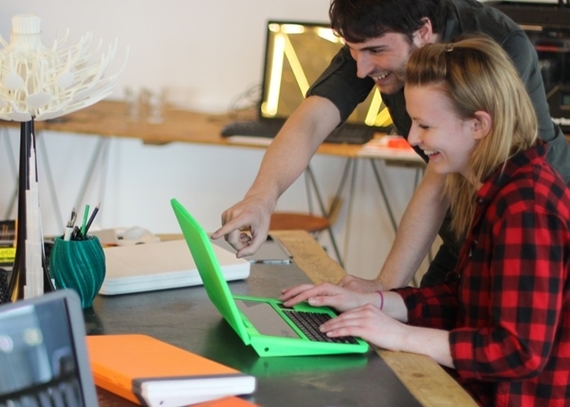 The Pi-Top comes with all the necessary hardware, which includes a Raspberry Pi Model B+, all the necessary PCB controllers, a 13.3-inch TFT LCD screen (1366 x 768 resolution), a battery rated at six hours of operation, a Wi-Fi antenna, a full-size laptop keyboard, and a trackpad.  Kit also includes a prefabricated plastic laptop body, where you can install all the components (most of the hardware go in a compartment just above the keyboard slot), although they also throw in 3D printing files in case you own a 3D printer and would like to print your own customized version.  No soldering will be necessary for the build, which they estimate most people can finish within the same day. 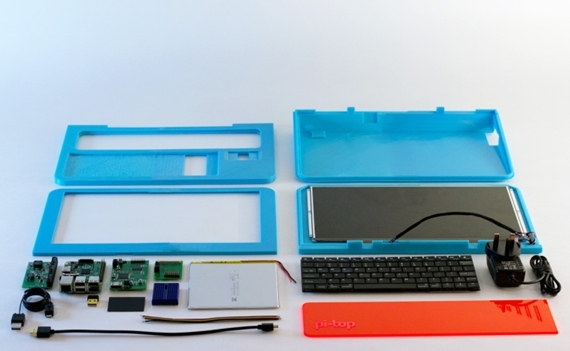 Aside from the laptop kit, the team also sells separate add-ons they call Hats, which are designed to add extra functionality to the Raspberry Pi.  The kit includes one such Hat, an HDMI to LVDS bridge, which it uses to connect the mini-computer to the laptop screen, although they also have Hats for robot programming, home automation, and more.

An Indiegogo campaign is currently running for Pi-Top.  Pledges to reserve a full laptop kit starts at $249.