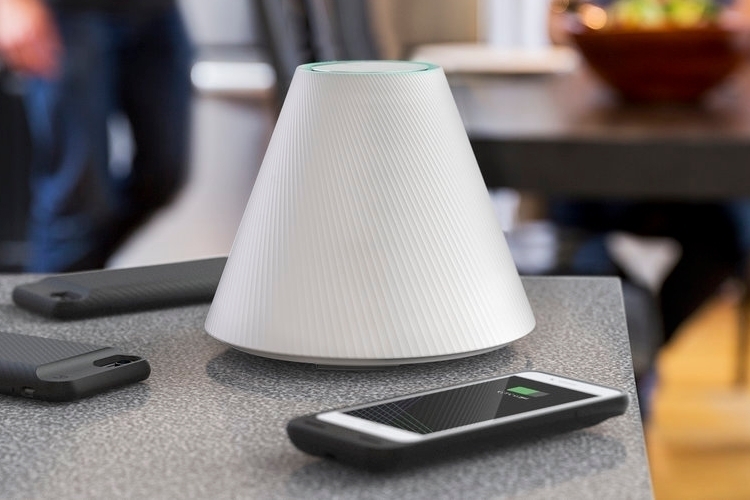 Over-the-air charging has been a thing we’ve heard on and off about for the last few years. So far, we’ve had demonstrations (with lots of power loss during the transfer) but no actual consumer product. That might change soon when Pi comes to market. 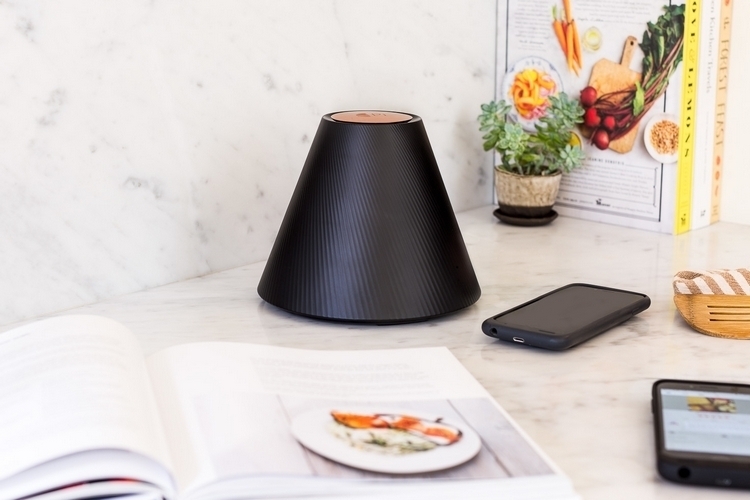 Pi can charge up to four gadgets at the same time at a full speed of 10W, so it won’t charge your device any slower than other charging methods. It can actually charge more than four gadgets at the same time, but the amount of power each device gets will be noticeably less, so filling up your smartphone’s battery will take a lot longer. This makes it more convenient than Qi’s wireless charging mats, since you can actually have your phone on hand and use it while still charging similar to tethered solutions without having to deal with the mess of wires as you would with traditional charging methods.

Instead of using RF waves to transfer power like other wireless charging startups, it uses the same resonant induction technology as wireless Qi chargers. In this case, though, they paired it with a beam-forming algorithm that can project magnetic fields around the device, allowing it to transfer power over-the-air to any compatible unit. Because it’s the same technology, it will work with any device currently compatible with Qi chargers, so there’s already a large segment of consumers ready to use it. Yes, that includes all the new iPhones, so as long as this thing works as advertised, it will likely turn out an instant hit. 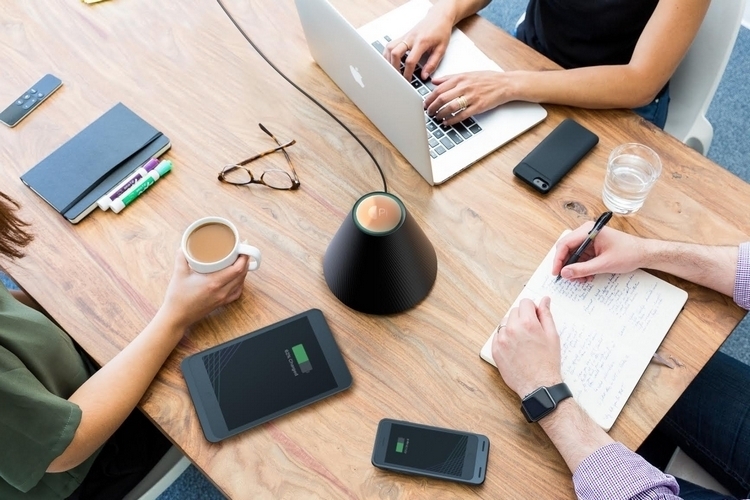 Pi consists of a cone-shaped base station that you plug into a wall outlet and place wherever you plan to charge your gadgets. At home, that would probably be the coffee table, a bedside table, or the kitchen counter, although we’re guessing we’ll be seeing plenty of these in office desks, too, when it does come to market. I mean, who wouldn’t want to have their gadgets perpetually charged while they sit on the desk during work. And, yes, it’s supposed to be completely safe since it only generates weak magnetic fields that aren’t likely to have any adverse effects in people.

According to the outfit, creating the technology involved solving one of the most difficult problems in electromagnetics, which is the main reason why no one has done over-the-air power transfer with resonant induction tech before. That mathematical proof, by the way, took the team over a year of work to finish, which is probably quite a big achievement all on its own.

Pi is slated for release next year, with a planned price of under $200.