PicBand Puts Your Guitar Pick On A Tight Leash 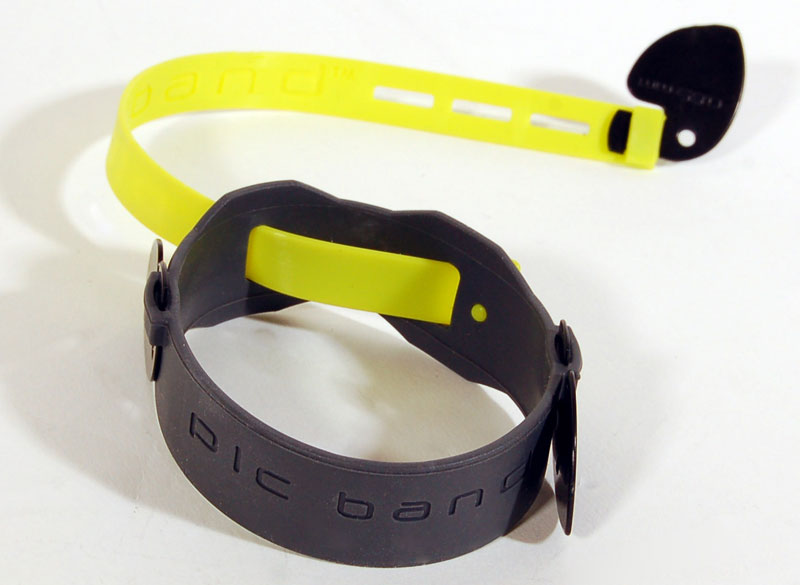 Guitar picks are cheap enough that you won’t have to make a fuss every time you lose one or two.  It can be a little frustrating to have them fly out (with no more backups nearby) in the middle of a solo, though.  The PicBand solves that problem.

Designed by James T. Hollin, the contraption gives you a fail safe way to avoid losing picks — it keeps them tethered to your hand.  Sure, you can do the same by duct-taping the pick your fingers, but this solution sounds just a tad less messy. 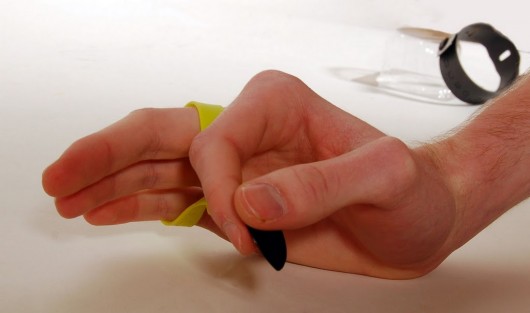 The PicBand is a unique accessory  that consists of a lanyard that holds your pick, with cutouts for three backup plastic strummers.  You can use the lanyard by itself, wrapping it around your three non-clasping fingers (middle, ring and index) or connect it to an elastic wristband.  Either way, you always keep the picks nearby, minimizing the chances it can ever fly off, never to be seen again.

When fiddling with your travel guitar using the accessory, you grab hold of both the lanyard and the pick, making for a supposedly more ergonomic playing position.  According to the website, it forces musicians to position their inner wrist bone and forearm in such a way as “to maintain the proper orientation with respect to the forearm static vector.”  We’re assuming that’s a good thing, of course. 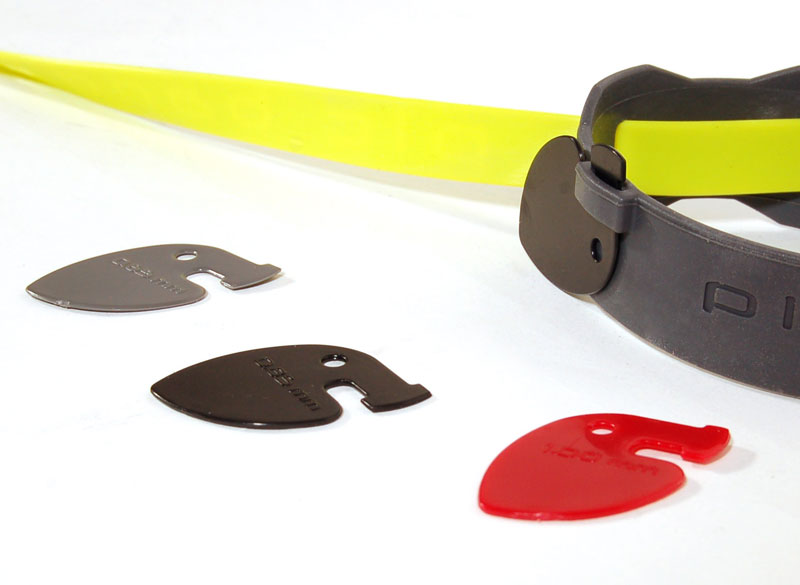 The only caveat appears to be that you’ll have to do some slicing on your home-made picks in order to fit them onto the PicBand’s holes.  Or you can just buy the specialty picks directly from them.  Price for the Ensemble package, which gets you the lanyard, the wristband and six picks, is $12.98.