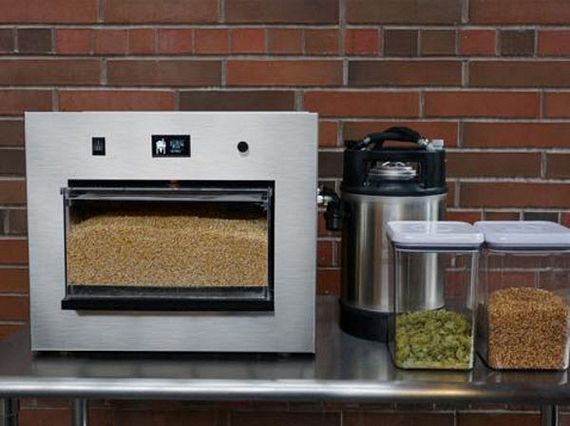 Brewing your own beer looks fun.  In practice, though, it’s a laborious process that involves a serious investment in time and effort.  And, yeah, that’s rarely your idea of fun.  So what’s a lazy dude who wants to brew his own suds to do?  Step one is to get a PicoBrew Zymatic.

Billed as “the world’s first fully automatic all-grain beer brewing system,” the device simplifies the laborious work of craft brewing for the less-motivated among us.  No more complicated microbrewery setups in the basement — just a simple tabletop rig you can set up conveniently in the kitchen. 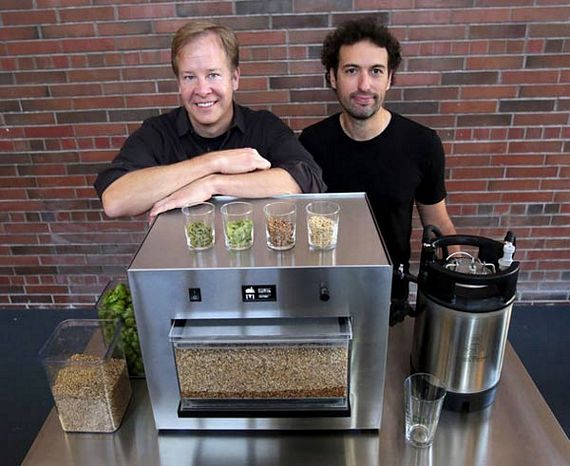 The PicoBrew Zymatic consists of a brewing box and a 5-gallon cornelius keg attached to it with hoses.  To use, all you have to do is fill the keg with water, put malted barley and hops to their designated containers, and select a recipe.  The device will take care of everything else, following exact portions outlined in the recipe to produce unfermented beer after just a few hours.  From there, just detach the keg from the machine, chill it to room temperature,  add some yeast, seal the keg, and wait for your freshly-brewed craft beer to ferment (typically 5 days to a week).  You can expect around 2.5 gallons of finished beer in a single batch. 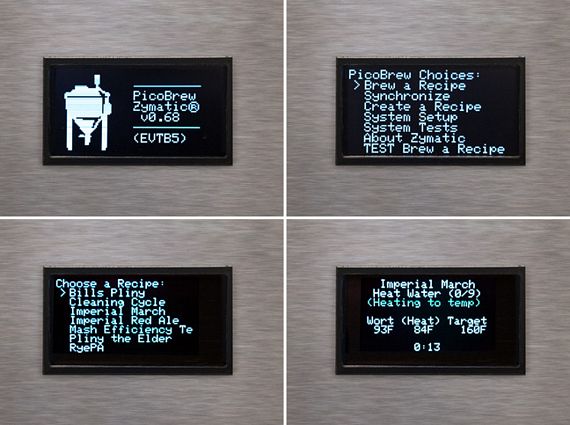 For the recipes, you can create original ones via the PicoBrew Recipe Crafter or import one from the PicoBrew community (the device can connect wirelessly to the internet), where you get access to plenty of user-generated brews for your own experimentation.  Granted, this is nowhere near as easy as brewing a pot of coffee, but it certainly makes craft brewing a heck of a lot more accessible compared to any previous efforts.

Currently, the PicoBrew Zymatic is raising funds for a production run on Kickstarter.  Available pledges to reserve a unit starts at $1,599.