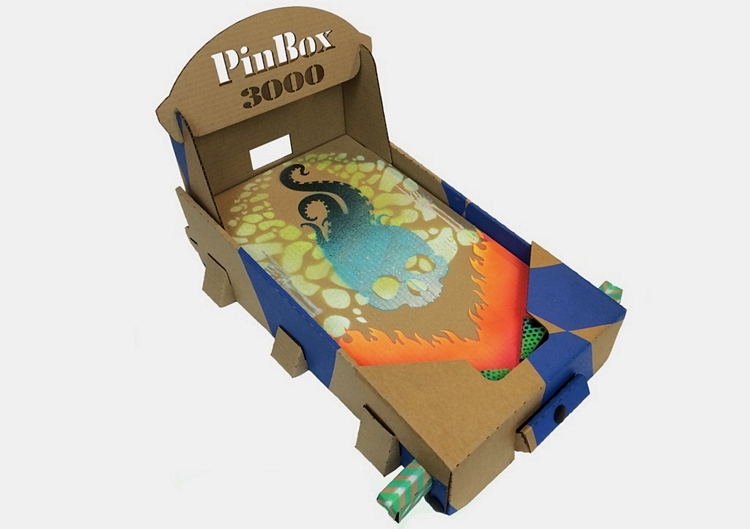 We’ve already seen foosball and table tennis games done up entirely in cardboard, giving you the benefit of full-featured playroom games with the ability to fold up inside a closet. This time around, you can enjoy those same benefits in a full-featured pinball game with the PinBox 3000.

Made by the Cardboard Teck Instantute (yes, they really spell it that way), it’s a functional pinball game that’s cut entirely in recycled cardboard. From the body to the play board to the flippers to the launcher, everything is made from the stiff paper material, making for a curious toy as much as a fun game. 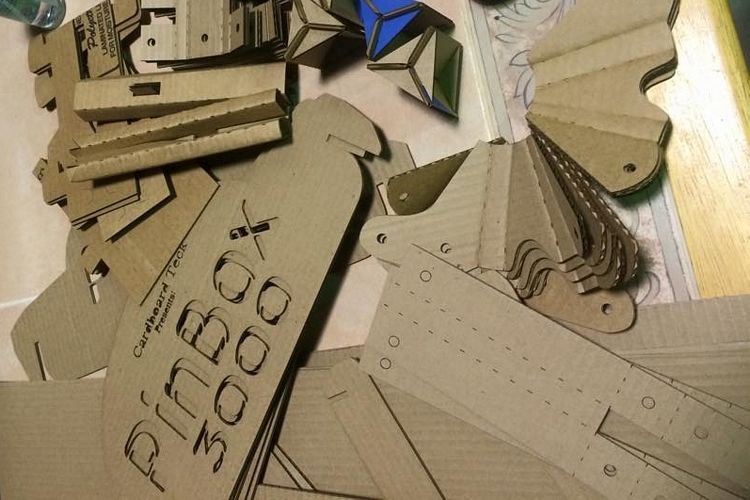 Unlike most pinball machines that come as ready to play units, the PinBox 3000 will require both assembly (since it’s flat-packed) and customization. That’s right, you’ll need to customize because the play board is, pretty much, bare, requiring you to set up your own bumpers, spinners, targets, lanes, and other game elements.   Yeah, that means, there won’t be automatic scoring, unless you’re also willing to hook up sensors and a microprocessor to keep track of every interaction the ball has with the board. Just in case you’re doing that, by the way, might as well tack on a bunch of LEDs and bleep-bloop sounds while you’re at it. 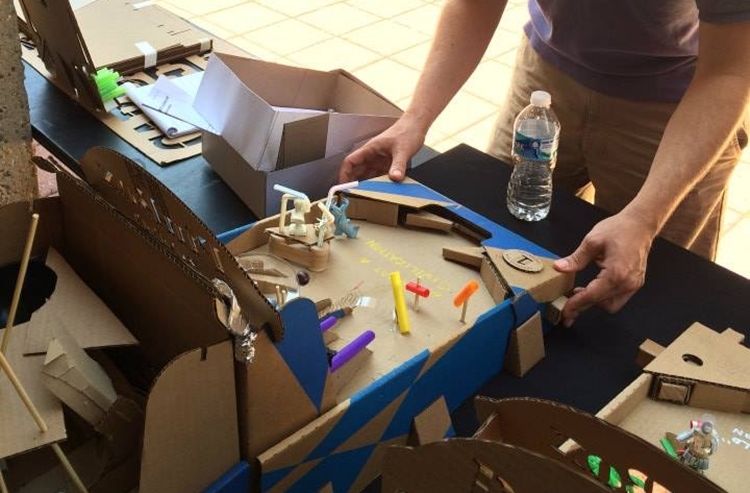 Shipped as 12 sheets of laser-cut cardboard (with rivets, rubber bands, and other needed objects), the full game “cabinet” can be assembled in around an hour, although you’ll need to put in extra time to fashion the actual play board to your liking. Dimensions are 15 x 22 inches.

A Kickstarter campaign is currently running for the PinBox 3000. Pledges to reserve a unit starts at $50.