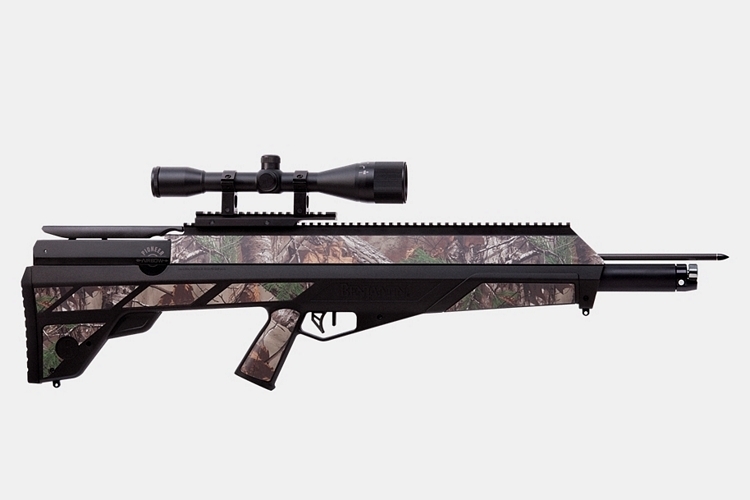 Crossbows are awesome, allowing you to hunt just as quietly as a bow while giving you the same convenient stance as a rifle. The Pioneer Airbow takes all the good things about crossbows and adds a compressed air firing system, turning it into a faster and more powerful hunting weapon.

Made by Crosman’s hunting label Benjamin Airguns, it can launch eight shots in the same time a crossbow is able to fire three, making for a more efficient weapon to bring to a hunt. Whether you’re going after deer, wild boar, or black bears, this thing will give you a shot at subduing a target better than any crossbow. 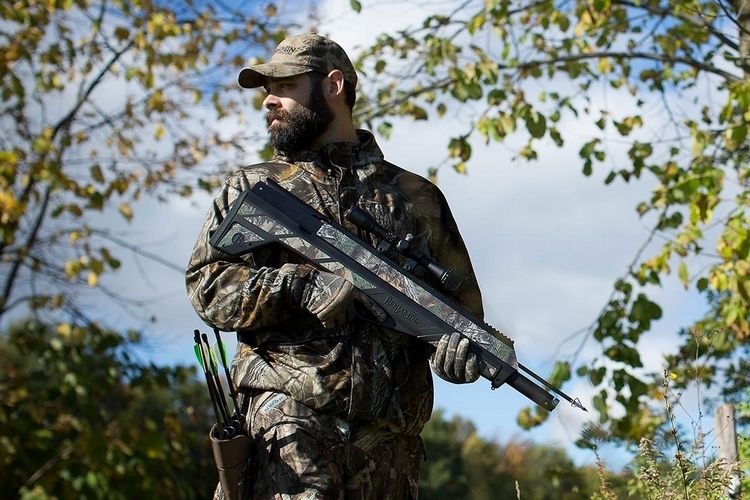 The Pioneer Airbow is built on Benjamin’s PCP platform, with 3,000 psi of compressed air and an integrated pressure regulator to release arrows at speeds of up to 450 feet per second.   Unlike crossbows, which push the arrows from the rear, the Airbow propels arrows with a pulling action from the front, making for remarkably accurate shot placement. Measuring 33.5 inches in length and weighing 7 pounds, it’s small and light enough to be handled by most any adult, with a convenient trigger mechanism and ambidextrous top cocking lever that requires just two pounds of force. 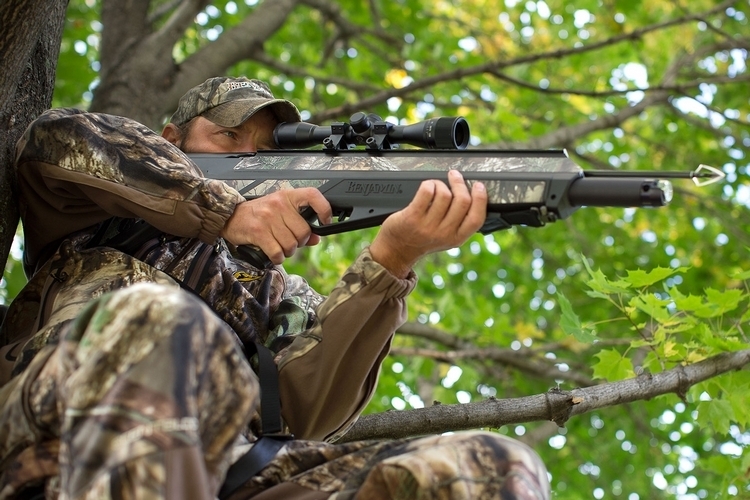 Features include a Picatinny rail system for mounting accessories, a Centerpoint 6 x 40 mm scope, and a custom sling. It comes with a trio of 375-grain carbon fiber arrows that boast increased speed and better penetration.

Slated for availability in spring, the Benjamin Pioneer Airbow is priced at $849.