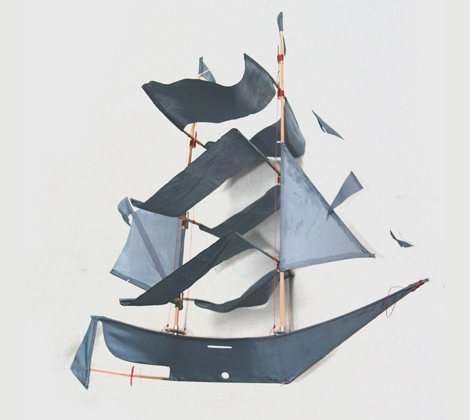 Who says you can only play pirate in the water?  There are sky pirates among us, too, and they sail in airborne vessels that look like these Pirate Ship Kites.  No, really.

Every movie about zombies, singularity and other apocalypse scenarios always have mankind at the losing end of the stick.  You know why?  Because they don’t have sky pirates in those movies.  Sky pirates, if you must know, will be the breed that saves humanity in our darkest days.    And you can celebrate them by taking to the air with these gorgeous kites. 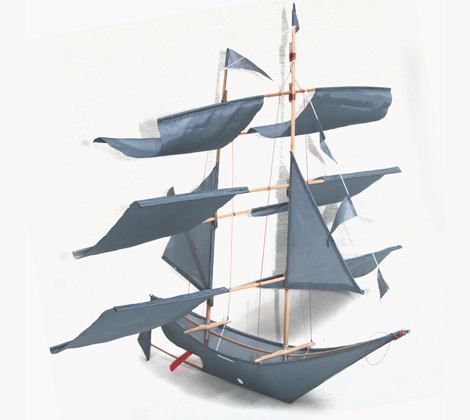 Sold by Gray Label, the Pirate Ship Kites borrow from the unmistakable look of old-time pirate ships that once sailed our great oceans, playing home to armies of unwashed buccaneers carrying massive amounts of treasure.   Each piece is lovingly crafted by a Bali-based kite maker named Mâdé and his two sons.

Instead of silk, they used a denim material for the kite cloth, along with the usual ensemble of sticks and strings.  They even threw in a propeller at the rear bottom to really complete that pirate ship styling.  I do wish they threw in a video, though, so we can see how sweet this thing flies during a clear day at the park.

If you’ve been raring to throw kites at the beach come summer, these Pirate Ship Kites look like an amazing thing to take to the skies.  Plus, it’s a neat way to summon all those sky pirates hiding behind the clouds.  You can get one from Gray Label, priced at €22.