Can’t decide what retro pixel art poster to hang on that empty space of your wall?  Hang a new one every day with the PIXEL Interactive LED Art Mirror.

A LED-based electronic picture frame meant to display pixel art, the contraption can be hung up a wall just like your favorite high-art print.  Except, instead of a static pixel image that will remain the same until you’re sick of staring at it, it’s one you can update as many times as you want.  When not in use, the entire thing works as an ordinary mirror, too, so it doesn’t look like you have some weird gadget mounted up the wall. 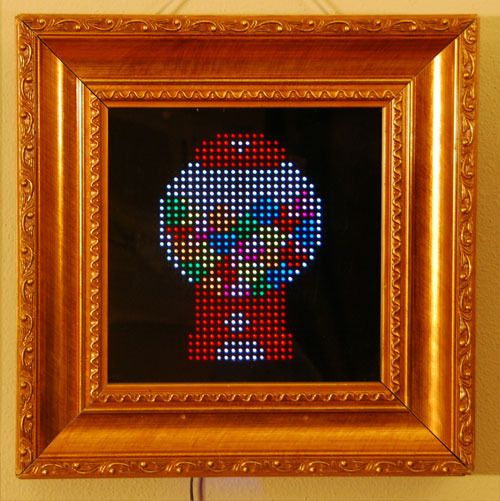 The PIXEL Interactive LED Art Mirror measures 15 x 15 x 2.4 inches (h x w x d), with the display panel held inside a wooden frame.  It comes in two variants: one with a 32 x 32 LED panel (1,024 RGB LEDs) and another that’s 16 x 32 (512 LEDs), both capable of displaying static pixel art and animated ones.  Changing what’s displayed is done through an Android app, which sends the images to the frame over Bluetooth.  The app comes with a variety of pixel images pre-created by the outift’s team of electronic artists, which you can add to if you’re up to fashioning some of your own. 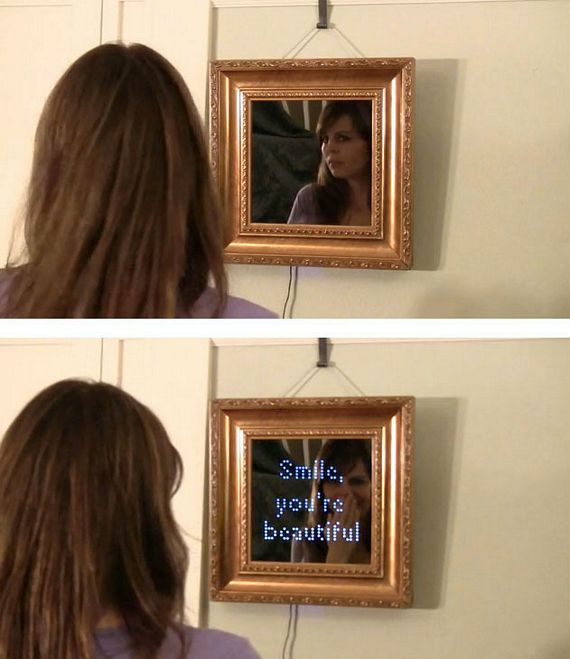 A proximity sensor on the back of the rig allows it to sense your presence, which you can set to trigger a change in the image or animation displayed.  Aside from the main app that changes the images displayed, they also have multiple other apps that interact with the LED panel, such as a magic 8-ball.  Plus, it’s open source, so you can write your own apps to interface with the hardware.

Currently, the PIXEL Interactive LED Art Mirror is collecting backers from Kickstarter.    Price is $229 to reserve yourself a unit for the first shipments in April.