PixelCase Takes You To An Aerial Tour Of New York 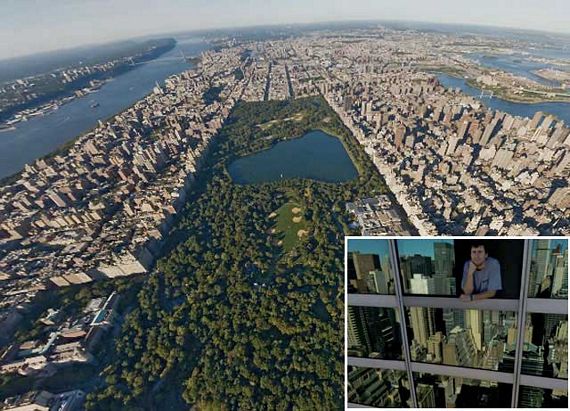 Curious how New York City looks like aboard an aircraft?  Take a free aerial tour of New York via this awesome interactive video from PixelCase.  If you have one of those Vuzix VR sunglasses, make sure to put them on and feel like you’re watching the cityscape while hovering on air.

Like any VR-inspired creation, the tour can induce nausea and vertigo, especially when seen through specs that make the world around you disappear.  Of course, if that world is the same drab office cubicle you toil in everyday, you’ll probably appreciate it.

The aerial shots start you off at Times Square, moving any which way you want, taking a bird’s eye-view of the Empire State Building, the Brooklyn Bridge, down to those seedy Russian neighborhoods you see in Grand Theft Auto 4.  You can flank left, swerve right, zoom in and do all sorts of custom movements, almost like you’re Mighty Mouse on a joyride over Donald Trump’s town.

Anyone who tries this out is guaranteed to be delighted, albeit feeling a little light on the head.  To make sure you want to puke during the tour, PixelCase forces you to listen to a new age synth pop soundtrack during the whole process – a certain recipe for disaster.

Very impressive, though!  I wish they can compose a similar interactive aerial tour for most other cities in the world – if I’m gonna waste my time surfing, I might at least waste it on something this awesome.