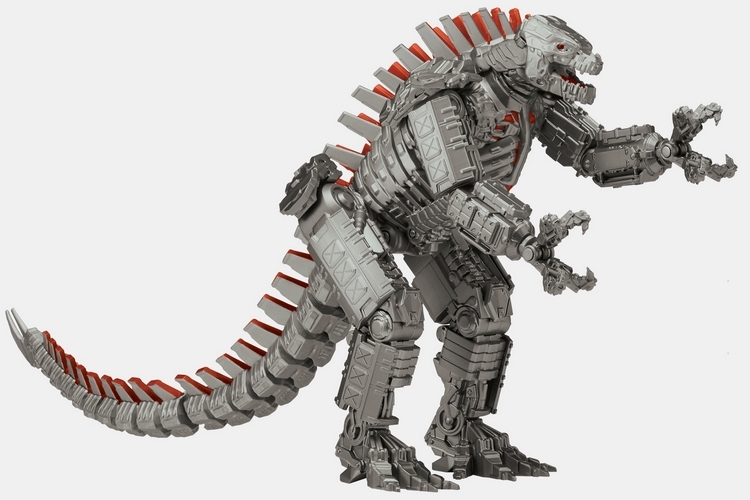 By now, you’ve probably seen the Godzilla vs Kong trailer that showed Mechagodzilla making a cameo at the end. Yes, the cybernetic extraterrestrial villain will be part of the upcoming monster movie. What kind of havoc will he create? How much destruction will he bring? We have no idea. However, you can have the bionic monster bring that mayhem to your own toy collection with the Playmates Godzilla vs Kong Giant Mechagodzilla.

That’s right, you can have the alien beast sow destruction and devastation in your own tabletop cities, wrecking buildings and maiming inhabitants while he beckons for Godzilla to show up and stop him. Whether you’re a longtime kaiju connoisseur, a fan of contemporary monster films, or just a fan of cool toys, this thing gives you a monstrous action figure you’ll love adding to your collection. 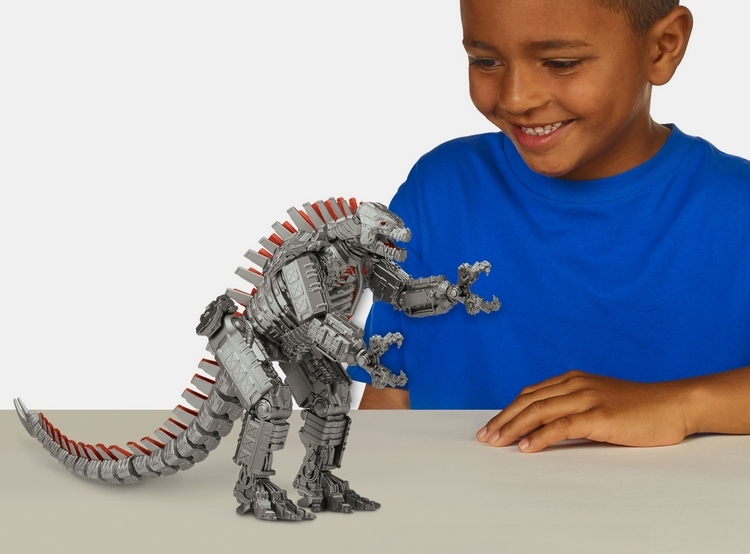 The Playmates Godzilla vs Kong Giant Mechagodzilla is an 11-inch figure that’s been sculpted and painted to resemble the cyborg monster as it’s depicted in the upcoming film. It looks absolutely beastly. Not only is it impressively tall at 11 inches, it’s got a tail that extends a fair distance behind it, as well, so this one should be an absolute treat to any fan of monster toys. There’s no listing about the articulation, although it has what looks to be a fair amount of joints, so we’re hoping there are some moving body parts, so we can pose it while it mangles every other action figure in our shelves. We mean… it won’t be as fun if we can’t pose it stepping on the face of every 3.75-inch action figure we own, you know?

How good does it look compared to previous iterations of the character? Pretty good, in our opinion. We actually appreciate the more discrete design that focused on making the robotic monster look menacing, as opposed to some of the more overt variants that showed the creature with shoulder cannons, missile launcher arms, and other weapons out in the open. This way, you’re not sure exactly how the darn thing will kill you. 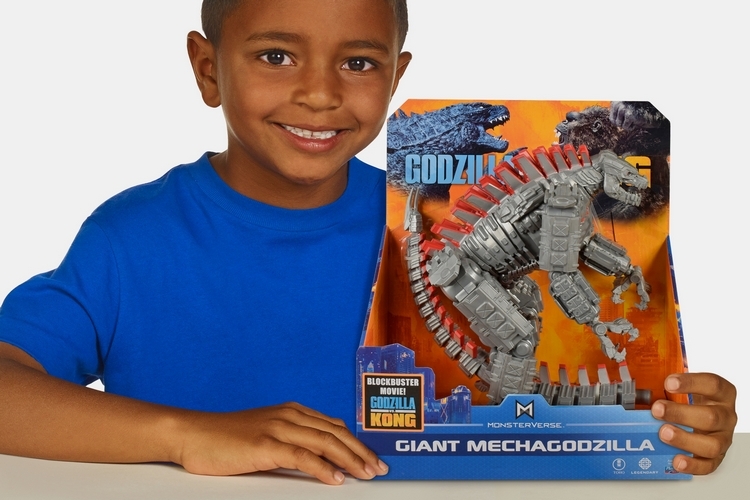 The Playmates Godzilla vs Kong Giant Mechagodzilla comes in a metallic gray finish, with red accents on the inner ribs and spikes that line its spine and tail. We love the touch of color they added, since the all-metal appearance of previous iterations does get drab after a while.  What can the 2021 version of Mechagodzilla do? The toy doesn’t really give any indication, although that menacing face, sharp-looking claws, and long tail does suggest it will inflict a whole lot of mayhem before it even  shows off its more destructive weapons. 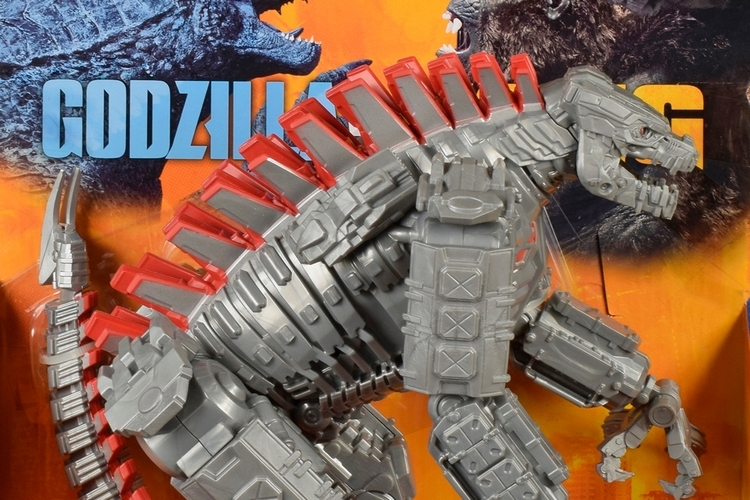 Aside from the alien cyborg beast, Playmates also has 13-inch versions of both Kong and Godzilla, which, we imagine, are scaled to how big they all are in the movie. That means, even if the Mechagodzilla has the advantage of advanced space weapons in its arsenal, it’s at least significantly smaller than the two Earthly kaijus, so they have an actual path to victory. Yeah… fingers crossed.

The Playmates Godzilla vs Kong Giant Mechagodzilla is available now, priced at $19.87.