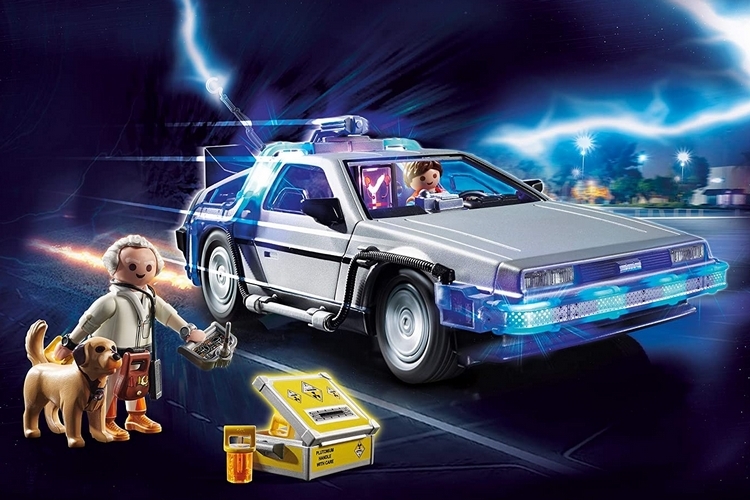 Over the years, Back to the Future has gone from a cult favorite to one of the most celebrated 80s films. Seriously, has there been another movie that got as many merchandise releases decades after it originally came out? From self-lacing sneakers and the DeLorean Time Machine to flying hoverboards and that fancy flux capacitor, the film just has so many elements that, somehow, stuck itself into modern pop culture. While many BTTF merchandise won’t interest anyone but serious collectors (some of them can be expensive), there are occasional releases that anyone who enjoyed the film can probably appreciate. The Playmobil Back to the Future DeLorean is one of them.

Based around the first (and arguably the best) film in the trilogy, the toy set puts together some of the most memorable items from the movie. There’s the car-mounted time machine, of course, which is the centerpiece of the set, but it also brings toy figures, a pet, and a whole lot of props that featured prominently in the original movie, making it a veritable treat for fans of Marty McFly and Doc Brown’s time-traveling saga. 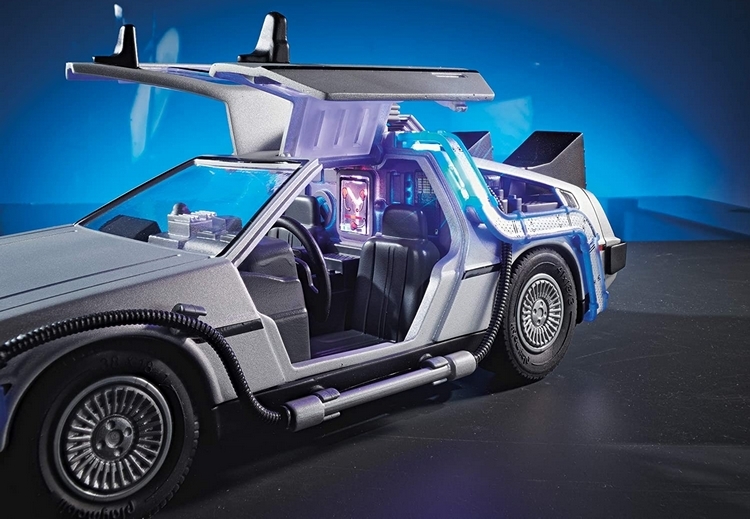 The Playmobil Back to the Future DeLorean, naturally, includes a recreation of the DeLorean vehicle they use to move through time in the movie, complete with working gullwing doors, an energy reactor that you can fuel with plutonium rods, a digital time circuit on the dashboard, and even a lightning rod conductor, just in case you run of plutonium in the middle of a trip through space and time. To make sure it stays faithful to the film, it even has the somehow unforgettable OUTATIME license plate. 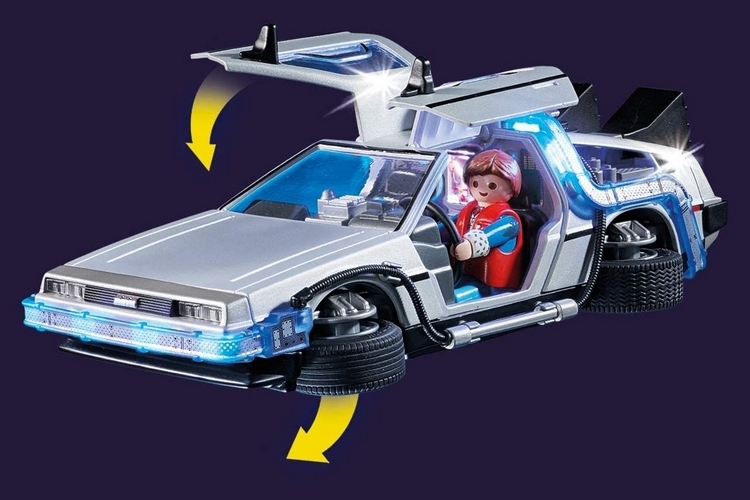 The car is fitted with a ton of additional LEDs throughout the front and back (and inside for the flux capacitor), by the way, which can be lit up by sticking in a pair of AAA batteries into the car. No, the batteries won’t make the car drivable around your living room – instead, it merely conjures the light show that occurs right before the vehicle makes its move through time. The best part? The DeLorean’s wheels actually fold down just like it does in the movie, although you’ll have to move them one by one, instead of flipping to the side in unison when the car is ready to take its “flight.” 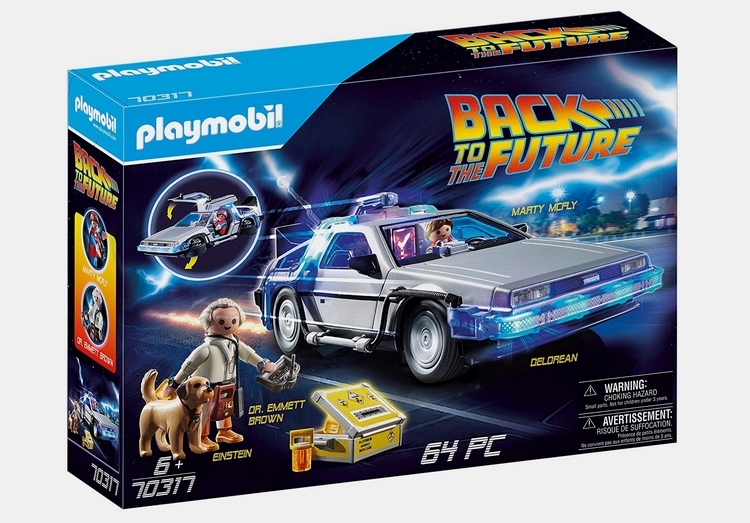 The Playmobil Back to the Future DeLorean comes with minimally-articulated figures of Doctor Emmet Brown and Marty McFly dressed in the same threads they had back in 1985, as well as Doc Brown’s pet dog, Einstein, so you can have them all bumbling around before sending the car hurling through the boundaries of spacetime. They have accessories, too, with Marty getting a skateboard and Doc Brown getting a remote control for the DeLorean. There’s also a camera, a walkie talkie, a plutonium case, three plutonium rods, and even a pantograph, so you can recreate a whole load of scenes from the films, as well as make up some of your own.

The Playmobil Back to the Future DeLorean is available now.