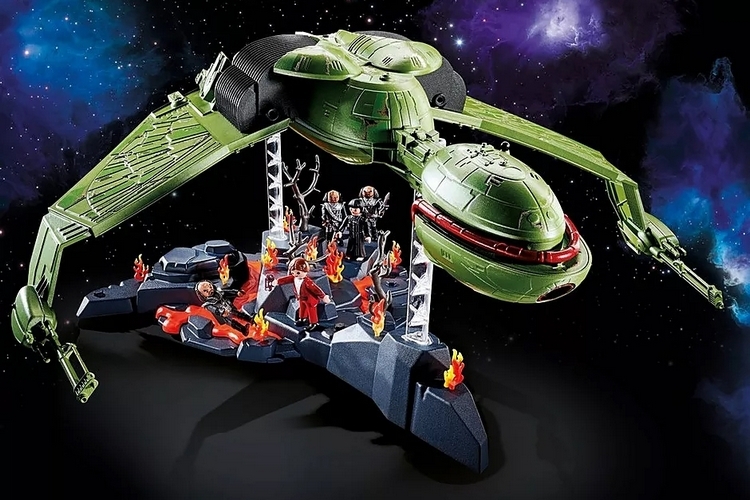 If you’re a Star Trek fan, there’s a good chance you have a model replica of the USS Enterprise sitting somewhere. There are way too many good models of the iconic ship that came out through the years not to pick one up, whether you’re a diehard collector or not. Unless, of course, you identify more as an enemy of the Federation, in which case, the Playmobil Star Trek Klingon Bird of Prey may be more suited to your liking.

That’s right, Playmobil is releasing a collectible-worthy model of the Klingon warship, giving you a versatile craft you can use in your battles against the Starfleet command. Whether you want to use it to scout enemy positions, destroy Federation freighters, or travel back in time to the 20th century, this detailed recreation should make a worthy vessel for all your imaginative play. 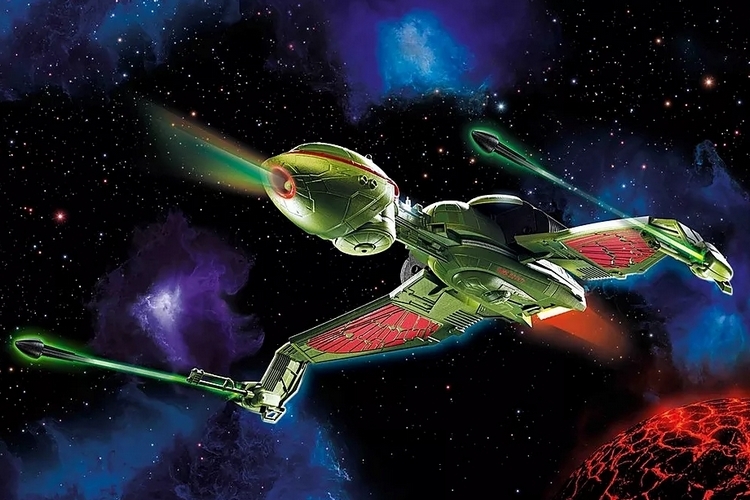 The Playmobil Star Trek Klingon Bird of Prey is a replica of the 23rd-century starship originally under the control of Commander Kruge. Yes, it’s the same one Kruge used to destroy the Merchantman and the USS Grissom, as well as the one his team used to try to acquire the Genesis Device from the Federation.  That means, it’s also the one James T. Kirk commandeered after Kruge’s death and named the HMS Bounty, which they would later take through a time warp to travel back to 1986.

It’s a detailed replica, with all the exterior elements of the ship faithfully reproduced, so it will look exactly like you remember from the Star Trek III movie. Even better, there are moving parts. The roof of the bridge, for instance, is removable, so you can have characters play out scenes from the heart of the ship, while the wings can be moved into three different positions like a bird flapping in the air. You can also shoot tiny missiles out of the wing cannons, making for a dynamic toy that can make for loads of fun 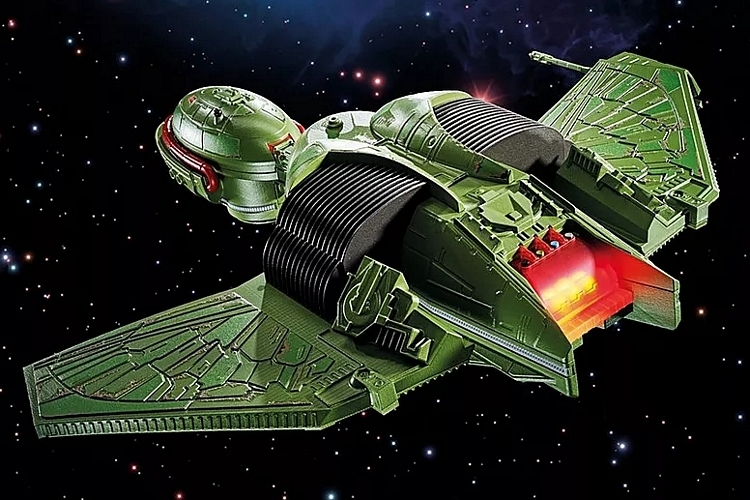 The Playmobil Star Trek Klingon Bird of Prey has built-in lights and speakers, allowing to put on a light and sound effects that mimic the starship from the film. Four colored buttons on the hull allow you to trigger different preset effects, including an attack sequence, a warp mode, an ambient mode, and one that spurs to to play various Klingon chatter, so you can pretend to eavesdrop on the crew inside. Yeah, this is way, way fun. 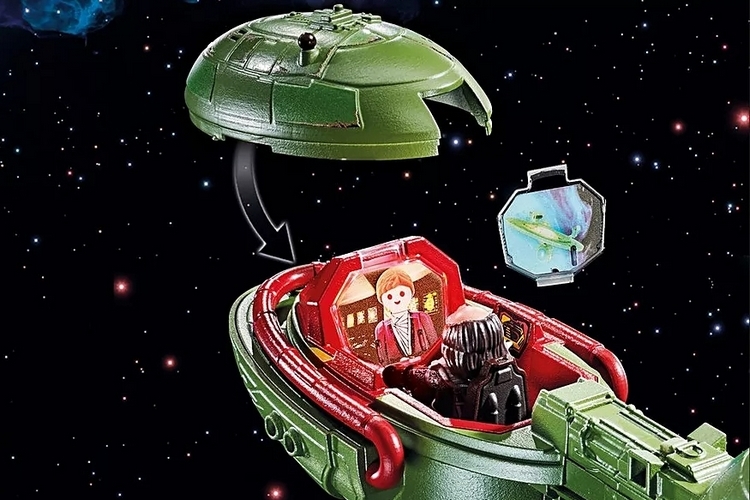 It comes with six Playmobil figures, so you can have a skeleton crew operating the ship (or fighting over it, depending on how you want to stage things). There’s Commander Kruge, Officer Maltz, Torg, and a generic Klingon crew member, so you’ve got the  a proper Klingon squad in tow, although they also threw in Captain Kirk and Young Spock to keep things interesting. The set comes with a display base shaped like the Klingon Empire’s emblem for displaying the ship on a shelf, although they also threw in a harness if you’d rather hang it somewhere else.

The Playmobil Star Trek Klingon Bird of Prey is available now, priced at $299.99.