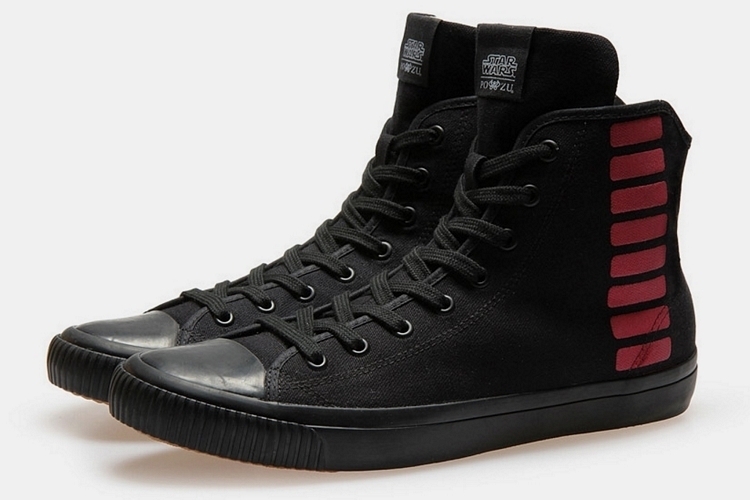 It’s usually a bad idea to buy sneakers that’s tied in with a science fiction franchise because you end up with graphics-covered shoes that look like they belong in a grade schooler’s closet. Fortunately, that’s not the case with Po-Zu’s Han Solo sneakers, allowing you to indulge your inner Star Wars fanboy without looking like you’re dressed up for a sci-fi convention.

Instead of a tacky pair of sneakers emblazoned with images of Star Wars characters and ships, the footwear comes with an understated design that recreates the “Corellian Bloodstripe” styling of Han Solo’s pants in Star Wars: A New Hope. That way, you get to prance around in shoes that unabashedly represent your fandom, all while looking like just a regular pair of casual kicks to everybody else. 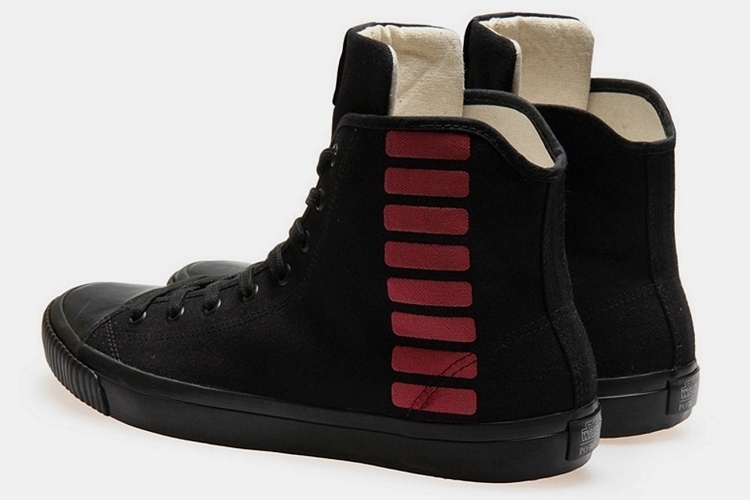 To the unfamiliar, Han Solo’s pants from the movie sported rows upon rows of short horizontal bars going down the side – a design we’ve seen recreated in tights and joggers at various times throughout the years. The Po-Zu Han Solo finally gives us shoes to serve as a natural extension of those pants, allowing you to rock the Corellian Bloodstripes from your waist down to the ankles. Instead of coming in a navy blue colorway as Solo’s pants, however, it comes in a plain black shade, which would probably pair much better with navy blue pants than if they were done up in the same color. 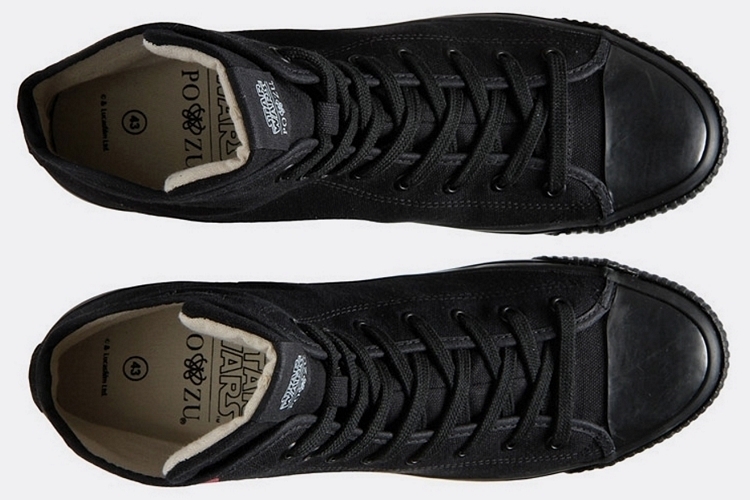 Construction is organic cotton canvas for the upper, interior lining, and footbed, along with a high-grip rubber sole for excellent everyday utility. It has a 5mm-thick foot mattress made from coconut husk and natural latex that conforms to the shape of your feet, although it can also be removed to allow for orthotics placement. 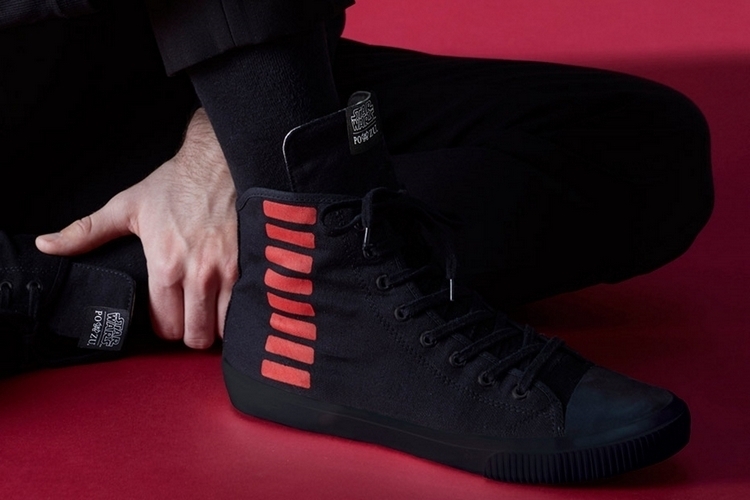