POC Omne Eternal Is A LED-Equipped Bicycle Helmet That Automatically Charges, Turns On, And Switches Off As Needed 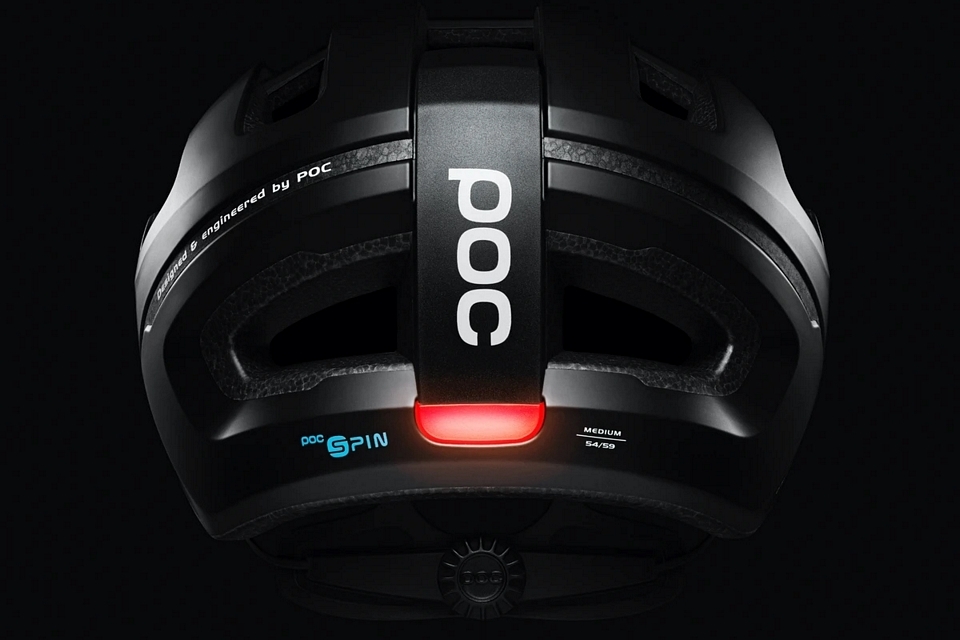 Bicycle helmets with integrated LEDs are not that uncommon now, allowing riders to stay visible to motorists during nighttime rides without having to mount an extra accessory. As useful as they may be, you have to admit, having to plug in yet another electronic accessory is getting annoying. How many gadgets do you really want to be charging every single day? Fortunately, that won’t be an issue with the POC Omne Eternal.

Like other LED-equipped helmets, it has a taillight in the back that should allow you to stay visible to motorists driving up from behind. Unlike them, the LED requires no charging, as the helmet can generate power all on its own. Heck, you don’t even need to turn it on or off, with the helmet autonomously handling that, too, giving you that all-important nighttime visibility while requiring the least amount of work. 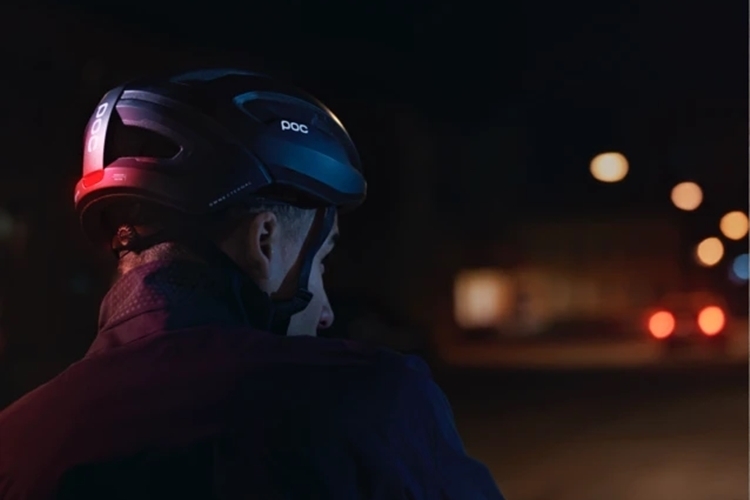 The POC Omne Eternal actually has a suite of electronic components onboard, namely the LED, a photovoltaic material called Powerfoyle, a battery, a motion sensor, and an ambient light sensor. The Powerfoyle is, basically, a dye-sensitized solar cell that’s very efficient at converting any type of light into electricity. As such, it’s able to absorb any kind of light it encounters both indoors and outdoors, which it then transforms into usable power that’s fed to the onboard battery. Since the LED itself doesn’t use up that much power, it’s able to run completely from whatever’s generated by the solar cell layer throughout the day, eliminating the need to ever plug in to any outlet for charging.

The ambient light sensor triggers the LED to turn on whenever it detects low ambient lighting in the vicinity, so you don’t even to turn this thing on, as it will power up the LED all on its own whenever you need the extra illumination. The motion sensor, on the other hand, detects when the helmet hasn’t moved within a certain time period, which means you’re probably no longer riding, prompting the system to automatically turn the LED off. All the electronic parts are powered from the same solar-powered battery unit. 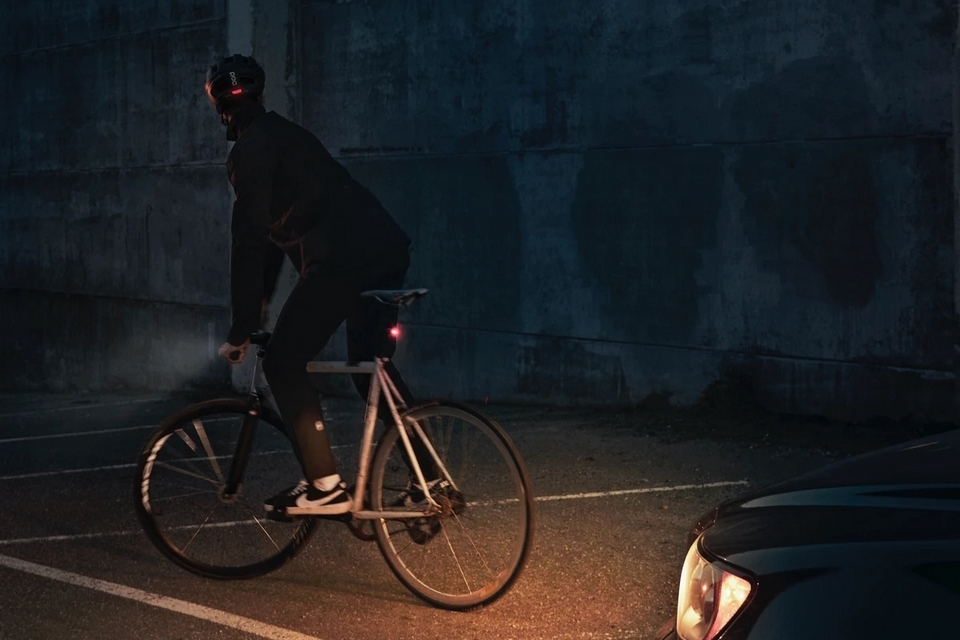 The POC Omne Eternal has no charging port, by the way, so you’ll need to store it in a place where it can be exposed to any kind of light if you want the battery to replenish while you’ve got it stashed at home. There’s also no power button, so you can’t accidentally power it up in daylight and waste erstwhile precious battery life, as it relies purely on the sensors to decide when to switch on and off. 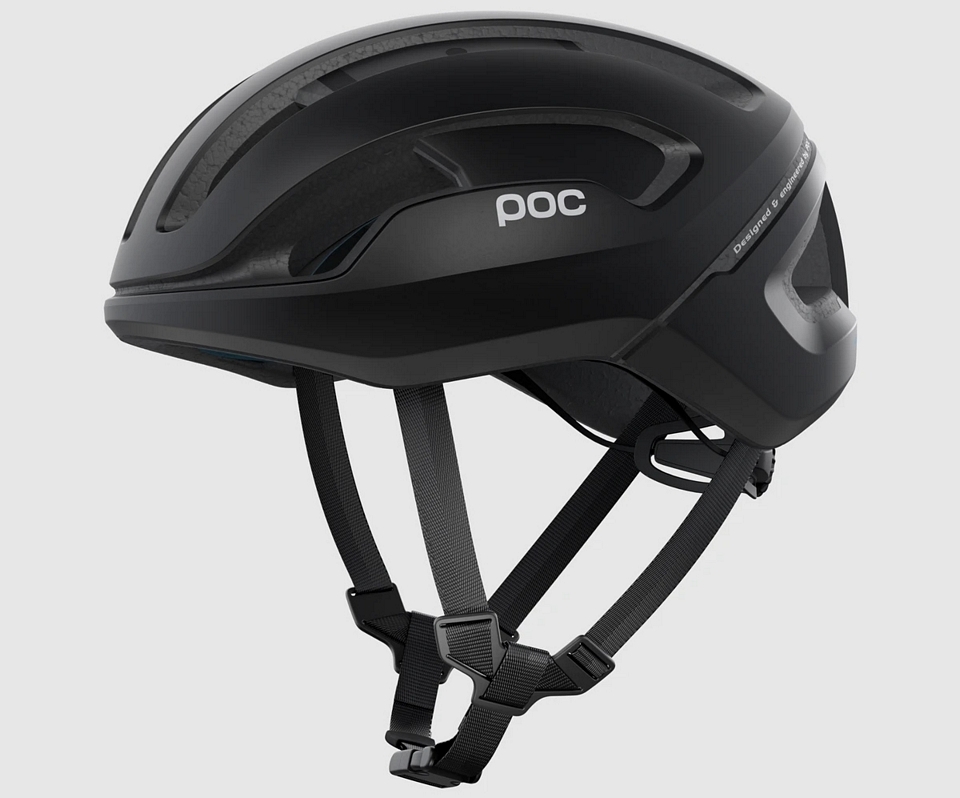 This is, of course, a functional bike helmet that’s designed to protect your head while keeping you comfortable when you’re out on the road. It boasts advanced impact protection using a high-density EPS liner, while ventilation channels all around the helmet should keep your head cool even on the hottest days.  The helmet, of course, uses the outfit’s SPIN pads, which are designed to provide even greater protection from oblique and rotational impacts, while a 360-degree adjustment system and adjustable straps make it easy to dial in the perfect fit, regardless of your head’s shape.

The POC Omne Eternal will hit European shelves in June and come stateside by the end of the year. Price is listed at €250.