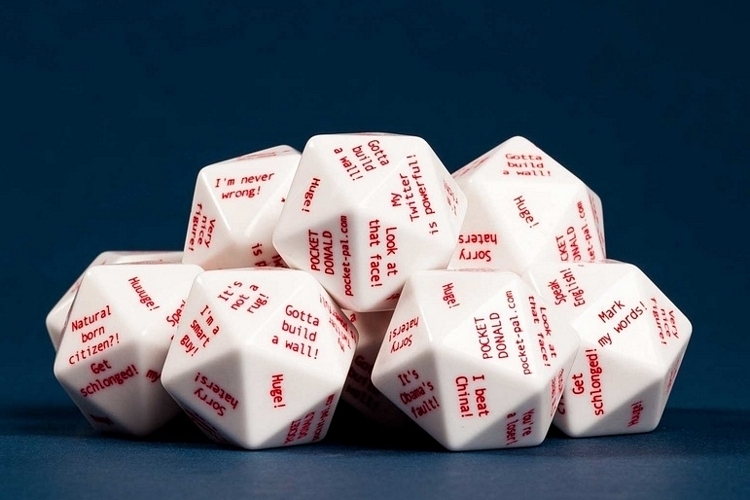 We’re not entirely sure whether Donald Trump’s crazy antics will actually get him to the White House. What we do know is, his crazy comments and wildly inappropriate remarks have somehow given him a chance to actually get there. So why can’t it get you to where you want to be in life, too? Yes, you can memorize the man’s one liners and spout them at the next networking event you attend, or you can just get the Pocket Donald and roll the dice on what Trump-like responses you’ll blurt out next.

Made by Pocket Pal, it’s a 20-sided dice with one of The Donald’s infamous quips printed on each side. Whether you’re negotiating with clients, bantering with friends, or going on a speed dating event because your girlfriend dumped you for supporting Trump, this thing will help you come up with the most questionably charming, brilliant, and compelling retorts to absolutely any topic of conversation. 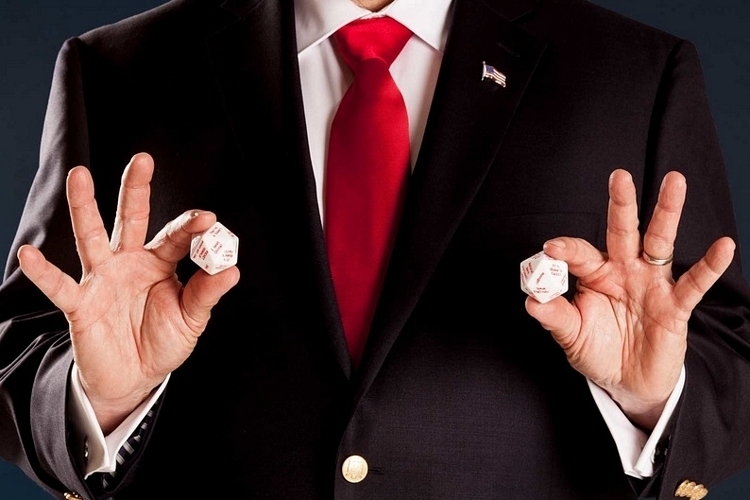 To use the Pocket Donald, simply roll the dice and say whatever phrase turns up out loud in response. No, it doesn’t have to fit the context whatsoever. It worked for Trump, so why can’t it work for you? Like, when someone says, “Man, iPhones are better than Androids,” you just roll the dice and blurt out the line. From “I beat China!” and “Gotta build a wall” to “Look at that face” and “I’m a smart guy,” just be sure to make your remark with bluster and 100 percent conviction. 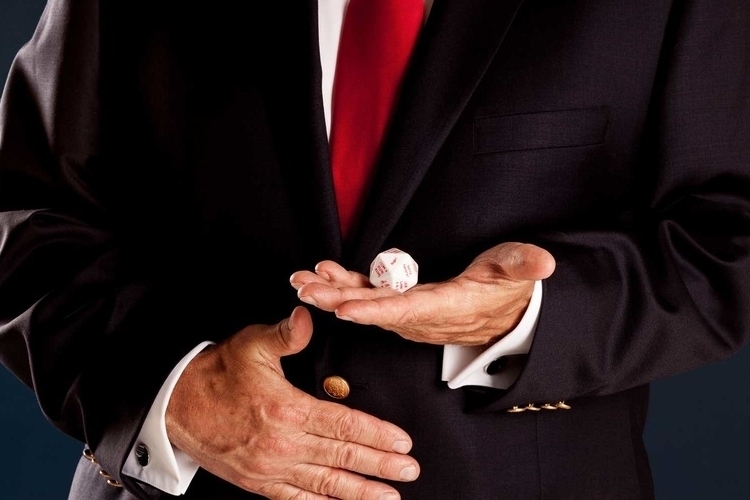 Available now, the Pocket Donald is priced at $10.