Pocket Light Lets You Keep A Light Bulb In Your Pocket, Perfect For Eureka Moments 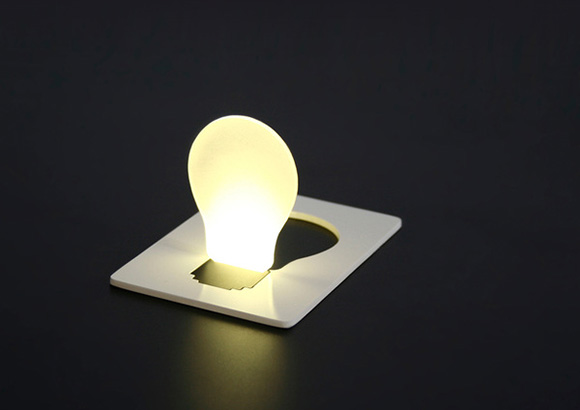 Why pack a flashlight in your back pocket when you can slip a light bulb into your wallet?  That’s exactly what will happen with the Pocket Light, a concept gadget that puts a working, low-powered bulb inside  a credit card-sized slab.

Created by Ryan Harc, the design won a bronze medal at last year’s Koizumi Lighting Awards.  While I’m not sure how powerful of an illumination it delivers, it looks decent enough to offer some amount of brightness when you’re sitting in the dark. 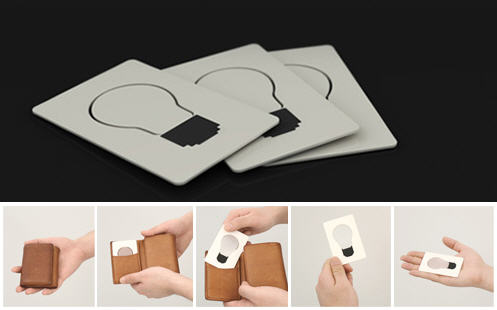 The Pocket Light uses a pop-out, bulb-like panel that’s filled with small LEDs inside its slim, transluscent body.  He uses one of those round cell batteries (the ones for watches) tucked inside the back panel to provide power.  It automatically turns on when you pop the bulb out, which is a fun, clever touch.  Imagine pulling it out and popping the bulb while saying something profound – “Eureka!”

It isn’t likely to be as useful as a flashlight for making your way in a trail at night or fixing the wires behind a wall.  If all you want is a little illumination within your immediate vicinity though (like a low light inside your tent when camping), this actually appears to be a better choice.  Add the fact that it won’t break, will slide into your shirt pocket and use very little power, and you’ve got yourself a winner.

You can check out more pictures from the designer’s site.  Really too bad no one’s making it, though – I’d love one.