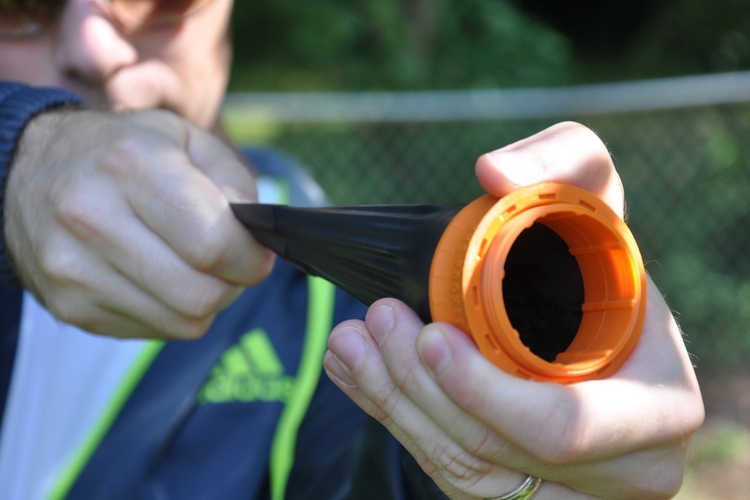 Sure, they’re mostly identified as children’s toys, but slingshots can prove very useful in hunting situations. While the power of traditional slingshots, pretty much, restrict them for use against small birds and rabbits, the new Pocket Shot could expand the humble slingshot’s list of potential prey.

Described as an “evolution of the slingshot,” the tiny projectile launcher can send objects flying at up to three times the rate you normally get when using a wooden fork attached to an elastic band. More than that, however, it won’t restrict you to pebbles and small rocks for ammo, with a design that can handle deadlier projectiles such as darts and arrows in a capable manner. 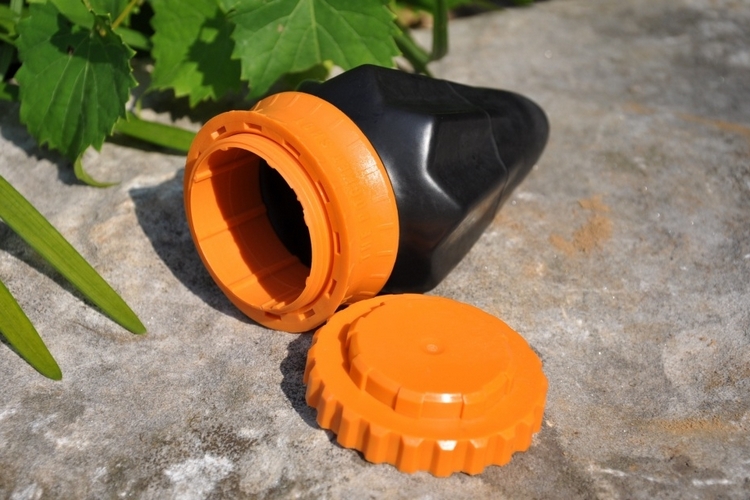 The Pocket Shot consists of a compact plastic ring attached to a stretchy rubber cone. Because you can bundle the rubber right inside the ring (measures just 2.3 x 1.3 inches when collapsed), it can easily fit in most any pants pocket, making it more convenient to carry than the longer profile of traditional slingshots. To arm it, you place the ammo inside the cone while holding the ring with one hand, stretch the cone as far as it will extend, and release. Despite the compact and simplistic design, it manages to send projectiles hurling at speeds of up to 350 feet per second, making it a viable hunting weapon for those times a bear ended up stealing your camping supplies, forcing you to hunt to put food on your stomach (might be a good idea to consider moving the campsite, too, because… hungry bears). 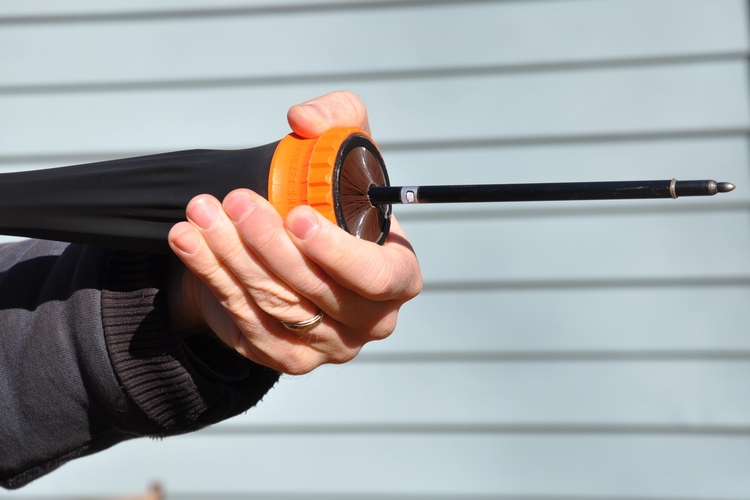 Available now, the Pocket Shot is priced at $25.