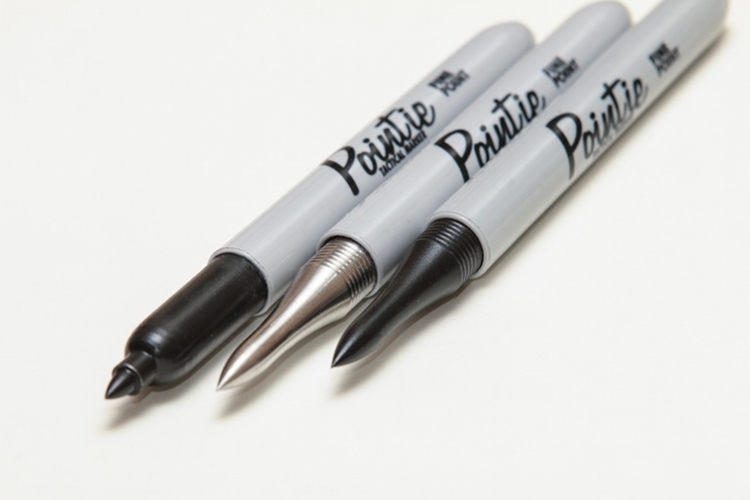 When you need to write stuff on a whiteboard during a presentation, you use a Sharpie. When one of the people in the room suddenly turns into a zombie in the middle of your presentation, though, a Sharpie won’t help. You’ll need the Pointie, a Sharpie-like “tactical marker” for stabbing zombies up the eye straight into their rotting gray matter.

An easy to conceal self-defense and survival tool, it looks like a regular marker that you can use to doodle whatever you want on any darn surface you please. Except, it isn’t. Instead, it’s actually for stabbing any darn thing you want, whether you want to shatter windows, punch holes, or stab zombies during the apocalypse. 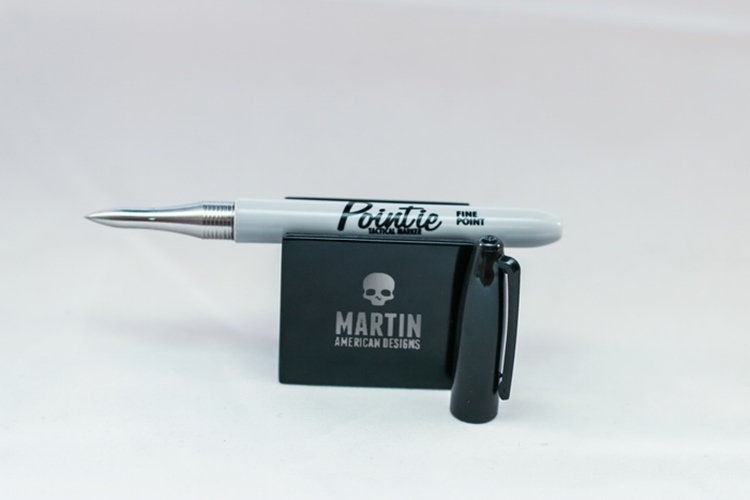 Instead of a marker tip, the Pointie has a hardened spike attached to the chubby marker body, allowing it to punch, carve, and break into a whole variety of materials. It comes in two head styles: signature (a longer spike) and concealed (a shorter one). Both still look like an actual writing instrument even with the cap off, although the latter’s short spike does make it even more inconspicuous. 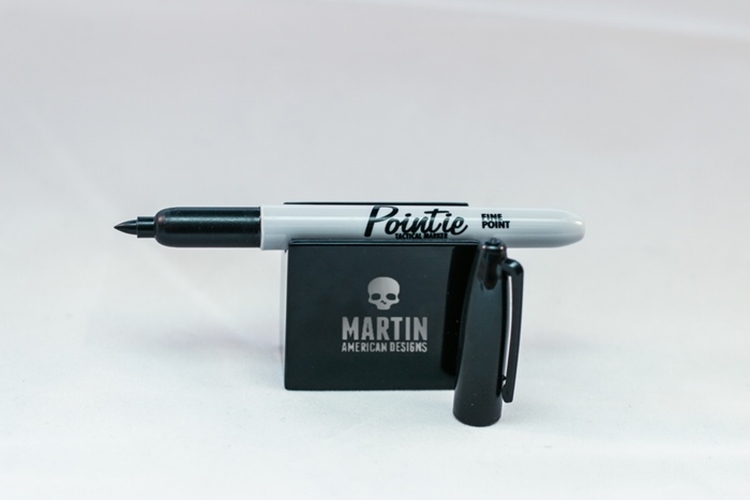 Construction for the spike is ultra-tough 17-4 stainless steel that’s been CNC-machined and hardened to condition H900. Each one measures 5.4 inches with the cap on (a little shorter with the cap off).

An Indiegogo campaign is currently running for the Pointie. Pledges to reserve a unit starts at $25.