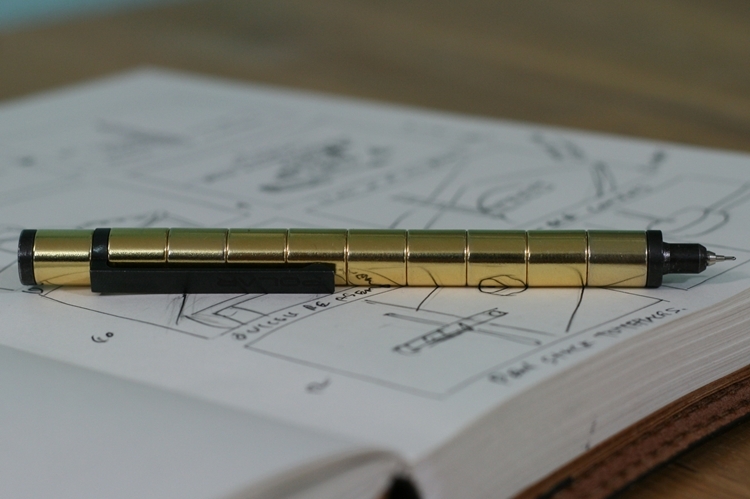 Before the advent of cubicle weapons, buckyballs, and USB toys, people played with the pens on their office desks. We spin them around our fingers, use them to fling rubber bands, and tap them like drumsticks hitting the skins on a snare. The Polar Pen embraces the writing instrument’s longstanding function as an equally capable desk toy, covering it in small, detachable magnets that you can fiddle with for hours and hours of play.

Like other small magnets, you can use the ones on the pen to construct larger structures by simply snapping them together.   Sure, the pipe shape lends it some obvious limitations, but if you can get enough of the magnets together (or combine them with other magnet sets), this can make for a serious way to kill a lot of erstwhile productive time at the office. 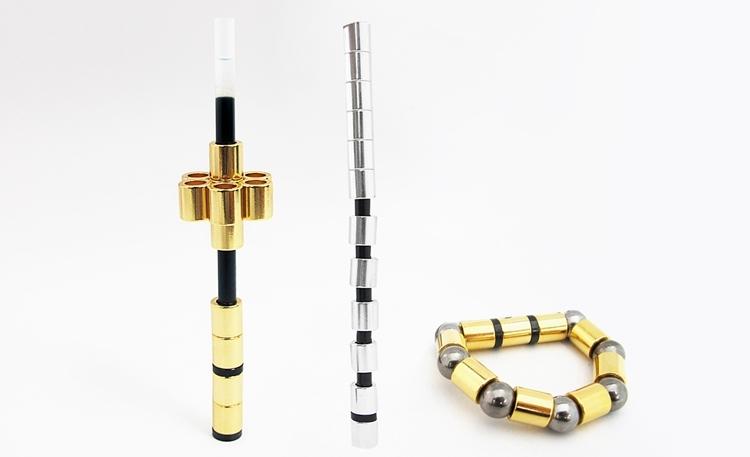 Inside, the Polar Pen has a plastic ballpoint cartridge, which looks no different than the ones you can get at a convenience store. The entire pen is covered by detachable tube-shaped magnets in a much classier finish (gun metal, silver, and gold), though, so your pen will look a whole lot more respectable than the other ballpoints slotted on your desk organizer. Even better, the modular construction afforded by multiple magnet components allow you to add a stylus writing tip (which also snaps on via magnet) over the ballpoint end, so you can use this to do things on your smartphone without smudging the display with more fingerprints. 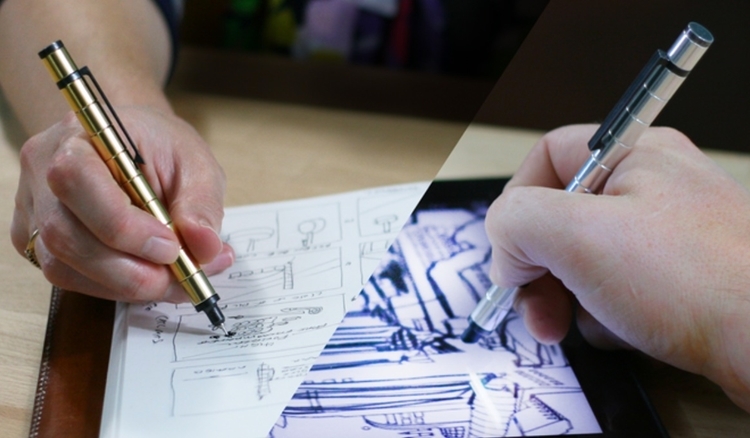 Originally a Kickstarter project, the Polar Pen is available now, priced at $40 for the gunmetal and silver models and $45 for the gold, with additional magnets (so you can find bigger ways of killing time at work) sold separately.