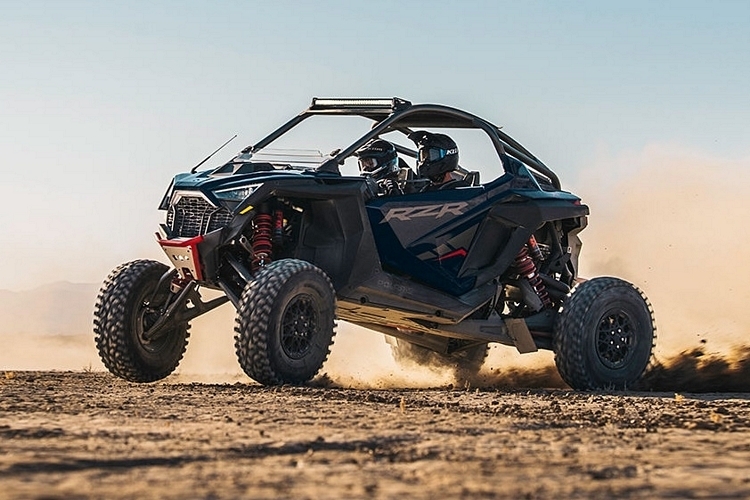 How much fun can you pack in a side-by-side? If you’ve ever ridden one, you know it can pack a whole lot. Those things can make you giddy even when driving through the roughest terrains. The Polaris RZR Pro R vows to maximize the fun by offering the ultimate in power, strength, and control.

Billed as “the next level in wide open performance,” the vehicle is equipped with the most powerful engine ever in a stock side-by-side, allowing you to drive faster, accelerate quicker, and muscle your way out of tough spots like never before. Even better, they paired that engine with a reinforced build and enhanced control that, the outfit claims, people only used to get with aftermarket work, essentially giving you a side-by-side that brings next level performance. 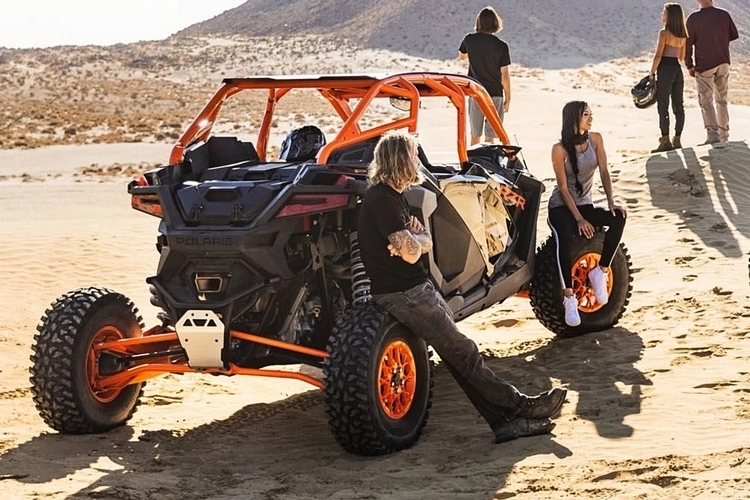 The Polaris RZR Pro R is equipped with a 2.0-liter naturally aspirated four-cylinder engine that produces a mind-blowing 225 horsepower.  That’s right, they put 225 ponies on a glorified golf cart. For perspective, that’s 44 more horses than the 2021 Mazda Miata, an actual road-going car. It gets plenty of structural and mechanical upgrades to handle all that power, of course, such as a larger clutch, the biggest belt they’ve ever made, and an all-new one-piece chassis that delivers two times the torsional stiffness of the previous generation. Heck, the darn thing has a 74-inch stance, the widest ever in the industry, and a 133.5-inch wheelbase to ensure off-road stability.

They also put in a fully-boxed suspension called MaxLink that uses strategically-reinforced stamped steel construction for added strength, while sporting an innovative geometry, 27 inches of travel out front, and 29 inches in the rear. It uses the outfit’s Dynamix DV suspension control, which gathers data about the terrain and the vehicle at a rate of over 200 times per second, then automatically adjusts each shock to optimize the UTV’s rebound and compression, keeping it firmly planted at all times. Four driving modes are offered, so it will tailor the shock damping and steering feel based on whether you’re driving dunes, crawling rocks, or going for a scenic drive with the kids. 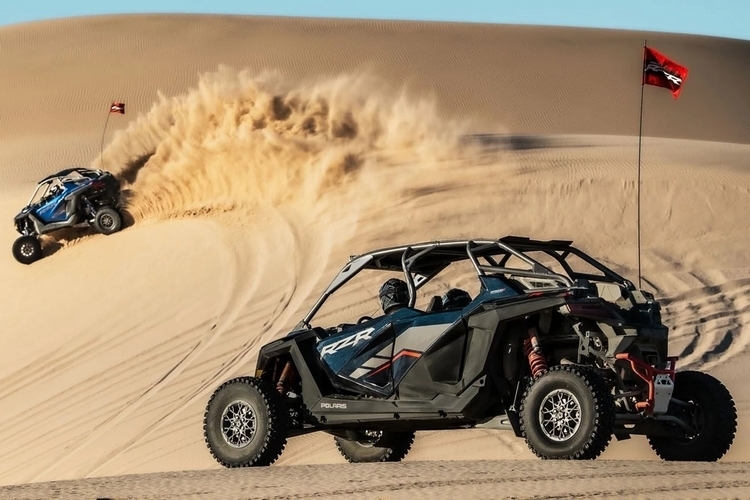 The Polaris RZR Pro R gets a spacious cockpit that, the outfit claims, is roomier than any side-by-side cabin in the industry, boasting more leg room, wider shoulder room, and better sightlines, so it offers an overall better driving experience. Inside the cockpit sits a 7-inch display with built-in GPS navigation, ride tracking, and all sorts of modern conveniences, as well as a Rockford Fosgate sound system, in case you want to explore the deserts with your favorite soundtrack playing in the background. 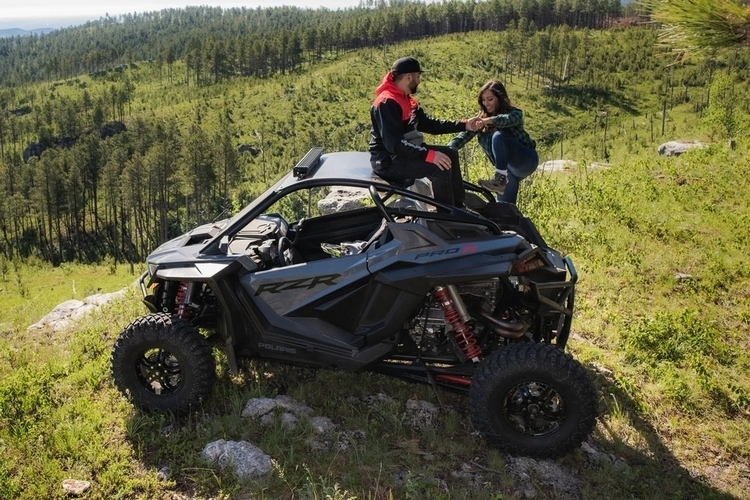 It can be fitted with two or four seats, depending on your preference, with the two-seater tipping the scales at 2,085 pounds. According to the outfit, both configurations of the vehicle can carry 740 pounds of total payload. Other details include 16 inches of ground clearance, hydraulic disc brakes, cast aluminum wheels, Maxxis Rampage Fury tires, and 5.4 gallons of cargo storage.

With an engine that rivals that of many cars, the Polaris RZR Pro R is actually priced like one, too. It hits dealers next spring, priced starting at $31,999.