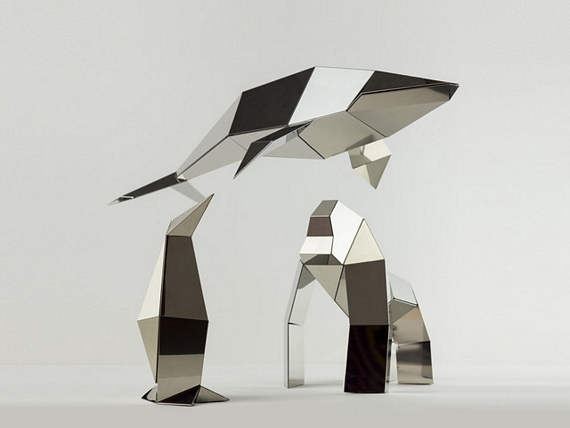 Similar to foldable paper toy models, Poligon is a pre-designed sheet that you can fold and attach together to create a 3D sculpture.  Unlike them, however, it uses metal for the sheets, allowing you to create durable, hardwearing sculptures that look like laboriously-produced art pieces.

Don’t worry, you won’t need superhuman strength to fold the metal sheets.  Instead, each one comes pre-lined, with each line chemically etched, so they can be folded just as easily as a relatively slim piece of cardboard. 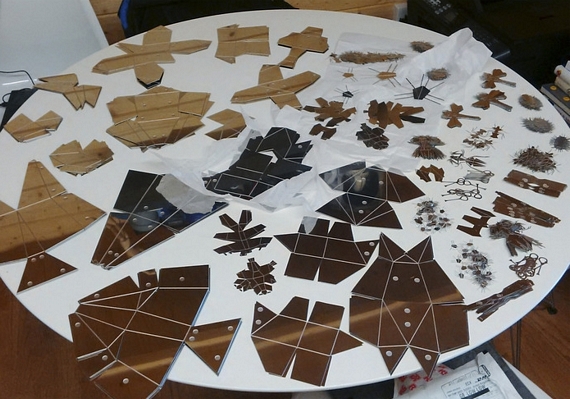 Each of the sheets in Poligon usually turns into one body part, which you then attach to other folded sheets to complete the sculpture.  No, you won’t need to mess with sticky ultra-tough glue.  Instead, the sides designed to attach together already come pre-fitted with magnets, so you simply slap them onto each other to finish the build.  Of course, you can also slap them onto areas where they’re not supposed to be on, in case you want your sculpture to be a little more abstract than the designers originally intended.  Yes, that means you can build a metal gorilla with its head on its butt.  Awesome. 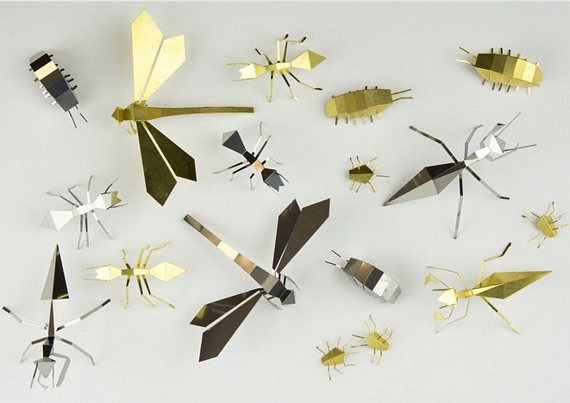 Four main designs are available: a gorilla, a killer whale, an elephant, and a penguin.  They also have smaller “insect sheets” that can turn into a bed bug, a woodlouse, a mantis, and a dragonfly, respectively, in case you prefer building an army of tiny critters.

A Kickstarter campaign is currently running for Poligon.  Pledges to reserve a unit start at £10.