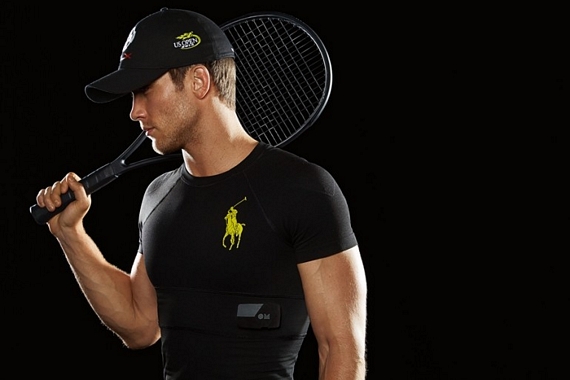 Ralph Lauren, the long-running apparel company, is officially getting into wearable tech.  The company has announced the Polo Tech, a shirt that can track and collect biological and physiological information about the person wearing it.

The shirt was developed in conjunction with OMsignal, a Canadian company known for its bio-sensing workout garments.  The same tech powering those garments have been integrated into Ralph Lauren’s signature designs, turning up a data-gathering compression top with the iconic Ralph Lauren logo plastered across it. 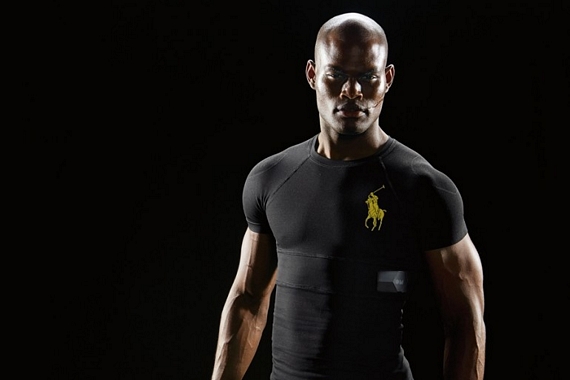 The Ralph Lauren Polo Tech uses conductive silver threads to allow currents to travel, powering a slew of sensors installed throughout the fabric.  It features a three-lead electrocardiogram (ECG), a breathing sensor, a gyroscope, and an accelerometer, all of which feed its measurements to a “black box” on the shirt, which takes care of transmitting data to the cloud.  Proprietary algorithms on OMsignal’s servers take care of interpreting the data, calculating the individual’s heart rate, heart rate variability, breathing rate, breathing depth, stress levels, energy output, activity intensity, and calories burned, along with a host of other biometrics and psychometrics.   Readings can be reviewed from an accompanying iPhone app in real time. 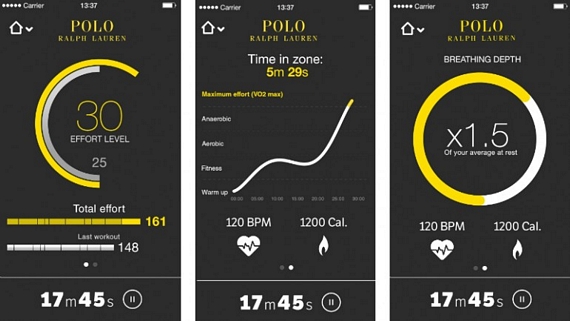 Making its debut in the US Open, the shirt will be used in-game by Marcos Giron, along with several other players in the tournament.  No word on when they intend to roll this out to the general public, but, we’re guessing, they’re going to wait for feedback to decide on a future strategy.