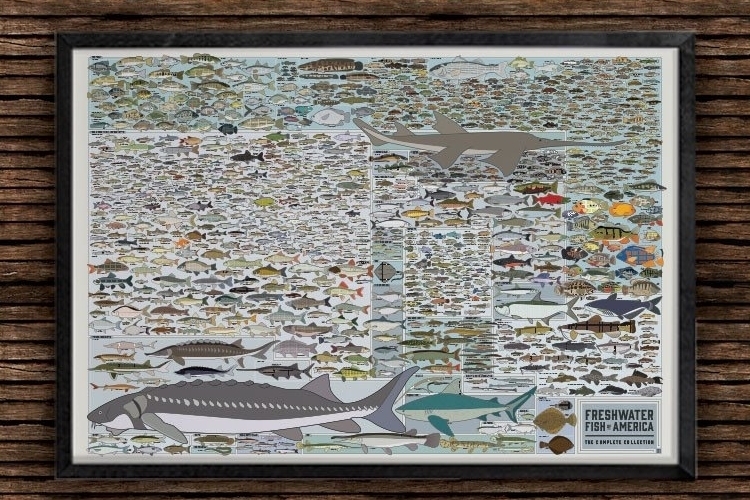 No, you don’t need to know the name of a fish to have fun catching it or enjoy eating it. You have to admit, though, it will be nice to figure out exactly what game you caught just by checking out a single poster. That’s exactly what you can do with Pop Chart Lab’s Freshwater Fish of America print.

That’s right, this illustrated print has detailed drawings of every single known species of freshwater fish in the US. That’s over 900 individual aquafauna of varying sizes, each one drawn in an accurate likeness so you can make a visual comparison of whatever snapper you managed to catch at the lake to confirm that you indeed caught a fish and not a mythical sea monster (hey, it could happen). 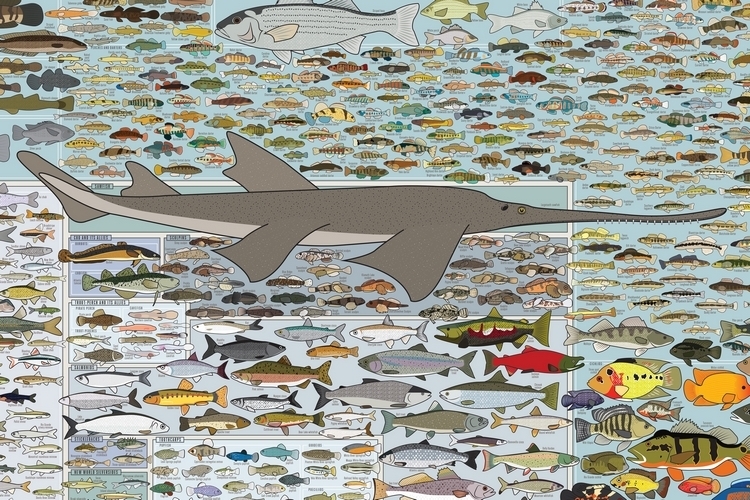 The Pop Chart Lab Freshwater Fish of America print measures 39 x 27 inches, with its entire surface covered in the 900-plus individually-illustrated fish species. Each one, by the way, is drawn to scale, so tiny minnows appear as they would right next to a white sturgeon if you actually saw them in the water. All the fish have their names written down right under each drawing, with all the fish grouped according to their categorical schools. 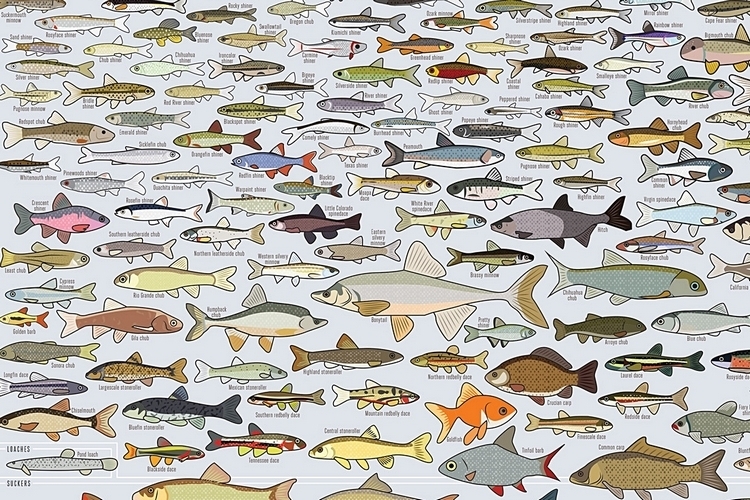 Each poster is printed in 100-pound archival stock, with the print pressed using vegetable-based ink. Whether you’re a fishing enthusiast, an aquarium hobbyist, or just a dude who appreciates a well-done poster print, we have a feeling you’ll enjoy putting this thing up somewhere around the house.

Available now, the Pop Chart Lab Freshwater Fish of America is priced at $38.