Scientists Are Using Poisonous Mushrooms To Produce Drugs Without Side Effects 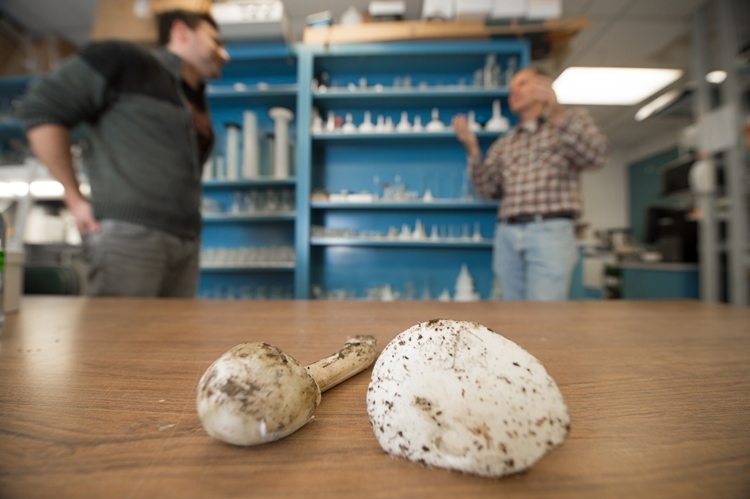 Many drugs can be very effective against life-threatening diseases. Many of those same drugs, however, carry side-effects that make a lot of patients wary of taking them. A team of researchers from Michigan State University may have stumbled onto a way to deliver those same medications without their accompanying side effects. And they did it by studying poisonous mushrooms.

Studying mushrooms from the genus Amanita, the scientists discovered the enzyme responsible for allowing the mushroom to target the human liver with missile-like precision. And it is that enzyme which they hope will be the key to producing drug delivery methods that carry the medicine straight to a target organ, without spreading to other parts of the body (thus, avoiding any side effects).

This enzyme found in Amanita mushrooms, called POPB, contributes to the manufacture of cyclic peptides, a chain of amino acids that are held together by a nearly-indestructible covalent bond. This bond is so strong that it allows the toxic compound from the mushrooms to survive the journey to the digestive track, introduce itself to the bloodstream, and carry out its attack on the liver. Imagine that same strong bond on chemotherapy drugs delivering the chemicals straight to the cancer, instead of wreaking all sorts of havoc on other parts of the body, and you can understand the potential it holds for pharmaceuticals going forward.

With POPB pinpointed, the scientists are now harnessing its numerous properties to create variant molecules that will be tested with different drugs and diseases. They have currently created a library of over a hundred variants, which they hope to expand to millions, hoping that one of those will turn out to be the ideal combination.