Populele: This Ukulele Has Chord-Guiding LEDs For Easier Learning 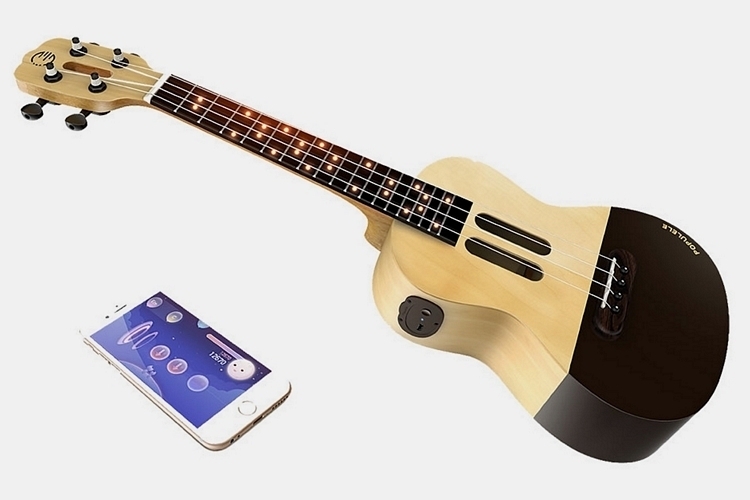 It looks like any ordinary ukulele. You know, that thing you play to make even the most serious songs sound quirky and playful. Except, the PopuBand Music Populele boasts a unique functionality that allows total novices to start strumming their first song mere minutes after picking it up.

Just like a regular ukulele, you can use it to mimic the playing on Riptide, I’m Yours, or Somewhere Over the Rainbow the same way hundreds of ukulele players do on YouTube. Unlike them, the darn thing comes with integrated tech that guides players every step of the way, making it easier to get the hang of compared to a regular ukulele. 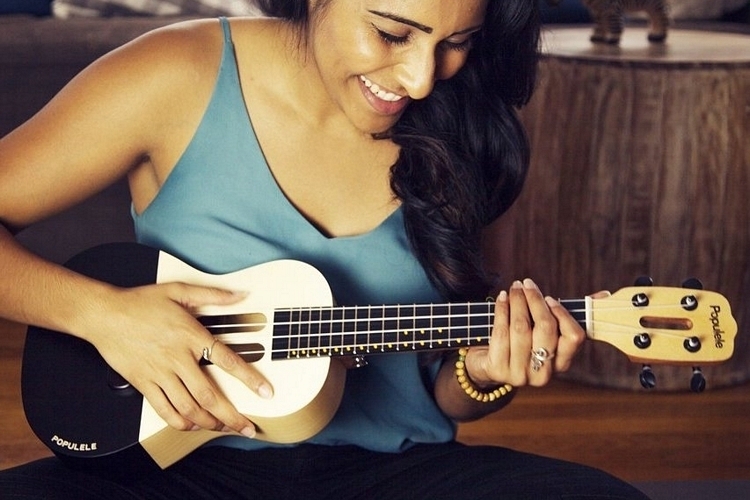 The PopuBand Music Populele has a total of 72 LEDs embedded on the fretboard, which can light up in individual chord patterns to guide the player about how to position their fingers. Just check the LEDs that light up on the neck and press your fingers on them before strumming the strings using your other hand. It works with a companion app, which includes 11 games that familiarize players with chord shapes and strumming techniques, arming them with the fundamental skillset they need to play the ukulele. And, yes, these are interactive games that will monitor your playing, track both the hits and misses, and provide a percentage score of your performance at the end. You will need to hit a specific percentage score, by the way, in order to unlock the next game, so you can’t just dive in to the more advanced sections, requiring you to start at the very basic.

Once a player has finished the 11 games, they can jump to the song library to begin playing full songs.  Before each song starts, the start screen shows the chords you will use and the strumming pattern, so you can get a little practice before starting, with the LEDs lighting up to show chord shapes similar to the games to serve as guide while you’re playing. Aside from the LEDs, there are also onscreen prompts each time the chord shape and strumming pattern changes. 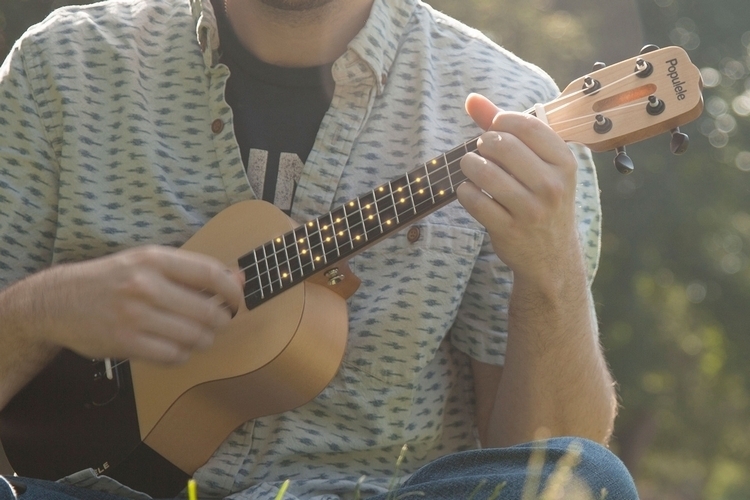 At some point, of course, you’re going to be comfortable enough with the ukulele that you won’t need the LEDs lighting up to show the chords. For those times, the PopuBand Music Populele comes with a Dazzle Mode that produces fancy light shows while you play, so the LEDs aren’t entirely useless when the time does come. The app, by the way, comes with a recording feature that allows it to capture your playing for sharing on your social media accounts. 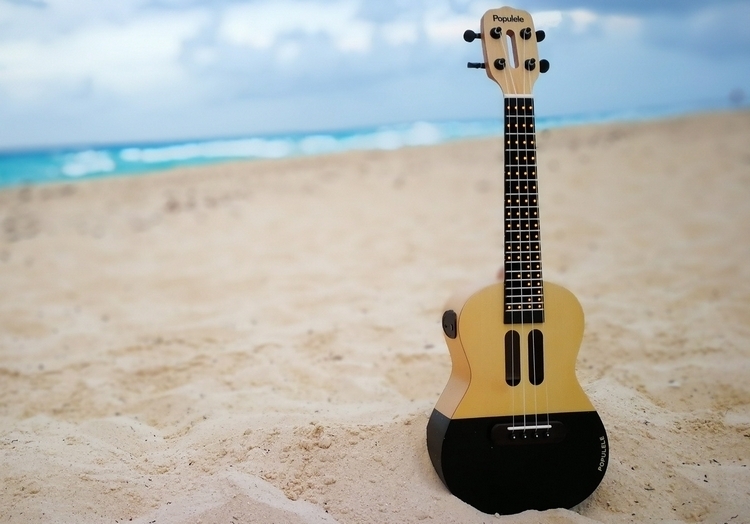 The ukulele itself is made from maple wood, with a spruce soundboard panel on top, ABS plastic fretboard, and Aquila nylon strings. Other features include cloud paneling for optimal acoustic performance, a protrusive back arc design, cowbone saddle for increased sound clarity, 18-gear copper tuning knobs, and a battery that can keep the LEDs lighting up for 10 hours.