Popville Is Possibly The Most Awesome Pop-Up Book Ever 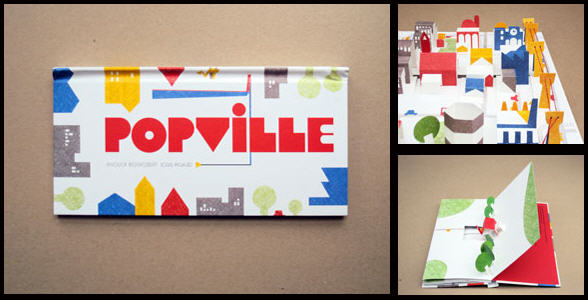 Here’s one reason to never get rid of physical books: pop-up inserts. Yep, you can’t exactly make an ebook do paper pop-ups (at least, not until they put 3D holograms on your Kindle). Even then, we doubt they’ll do ones with as much stylish flair as Popville, a gorgeous pop-up book that chronicles a city’s development from an isolated plot of land to a bustling metropolis.

Just like a physical version of SimCity, each spread of the book opens up a scene in the city’s creation. It starts with one single church among the trees and culminates with a heavily crowded city scene, complete with towering buildings, factories and multitudes of streets. Designed to flow like a storybook, the charm lies in the wordless conveyance of a city’s life. Rather than tell you a tale in words, it makes its case in visual 3D, with each new structure that pops up imparting endless stories of the growth happening right before your eyes. 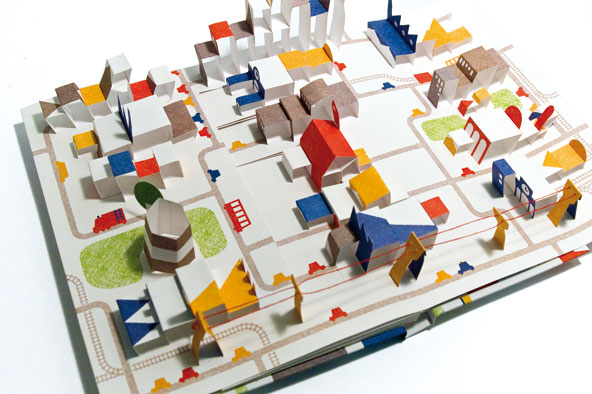 The first edition of Popville from last year had 14 pages. This new 6 x 11 inch hardcover reprint gets 16. It will feature the same colorful and retro-style design, paired with hands-down impressive paper engineering that made the first run such a huge success, courtesy of École Supérieure des Arts Décoratifs graduates, Anouck Boisrobert and Louis Rigaud. 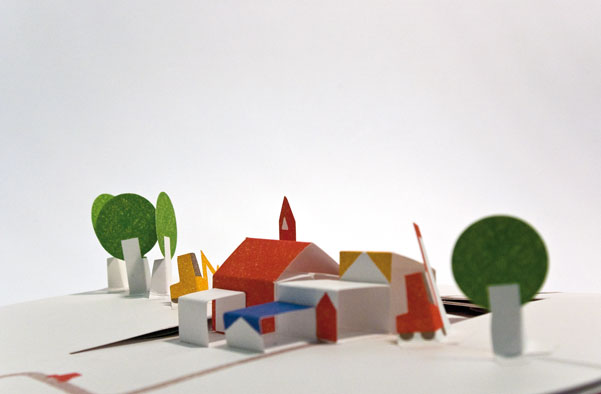 Amazon lists the book for ages 4 to 8, which makes you too old, since your mental age is 12. Regardless, it’s an amazing book with some insane paper magic that anyone, no matter how old, is bound to appreciate. Release date is slated for May 11, priced at $11.46.