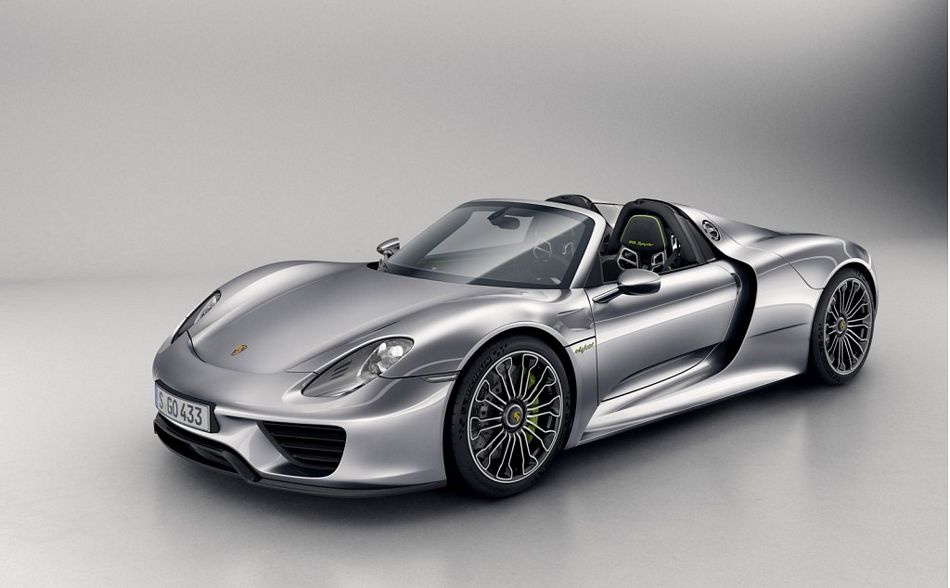 Back in 2010 (which, as we all know, is an eternity in internet time), Porsche unveiled a concept plug-in hybrid super sports car at the Geneva Motor Show.   Well, that didn’t stay a concept for long because the company just turned the spotlight on that very ride’s production version: ladies and gentlemen, this is the real Porsche 918 Spyder.

Hailed as the “genetic blueprint for the Porsche sports car of the future,” the vehicle was developed alongside the company’s new Le Mans LMP1 racer, so it gets the latest and greatest of the outfit’s supercar tech in tow.  More importantly, however, the hybrid supercar reinforces its drool-worthy performance with an unbelievable claimed fuel economy of 85 to 94 miles per gallon, no doubt raising a few skeptical eyebrows in the process. 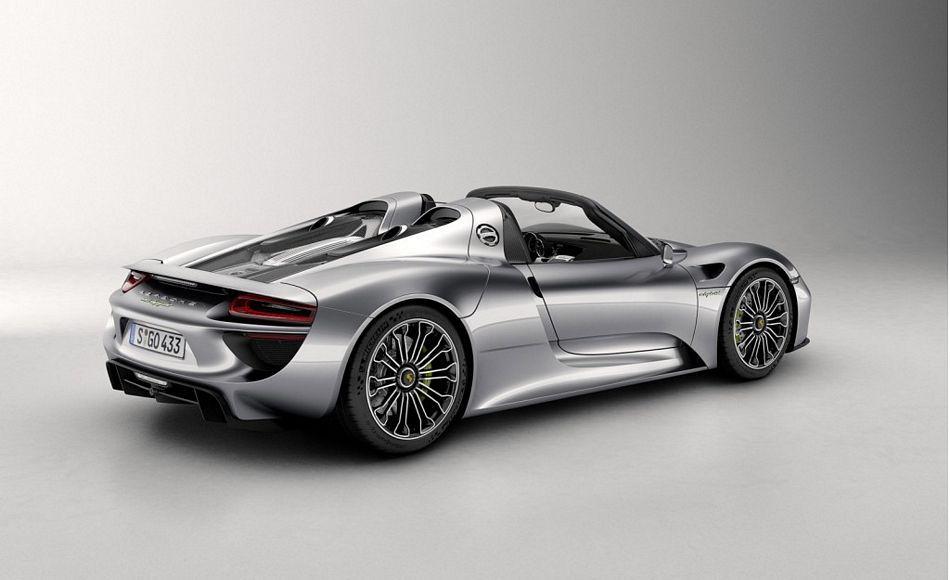 The Porsche 918 Spyder runs on a 4.6-liter 608-bhp V8 engine and a pair of electric motors (154 bhp rear, 127 bhp front) that combine to put out a whopping 887 horsepower and 940 pound-feet of torque.  As you can expect, it’s darn fast, going from standstill to 62 mph in 2.8 seconds in hybrid mode and a still impressive 7 seconds in pure electric mode, with a neckbreaking top speed of 211 mph.  Juice for the pair of electric motors sit inside a 7kw/h lithium-ion battery, which can draw a full charge in around seven hours of plugging into a 110-volt outlet.  In terms of design, it remains faithful to the Geneva concept, with a few minor exceptions that facilitate improved performance.  The vehicle weighs a respectable 3,616 pounds. 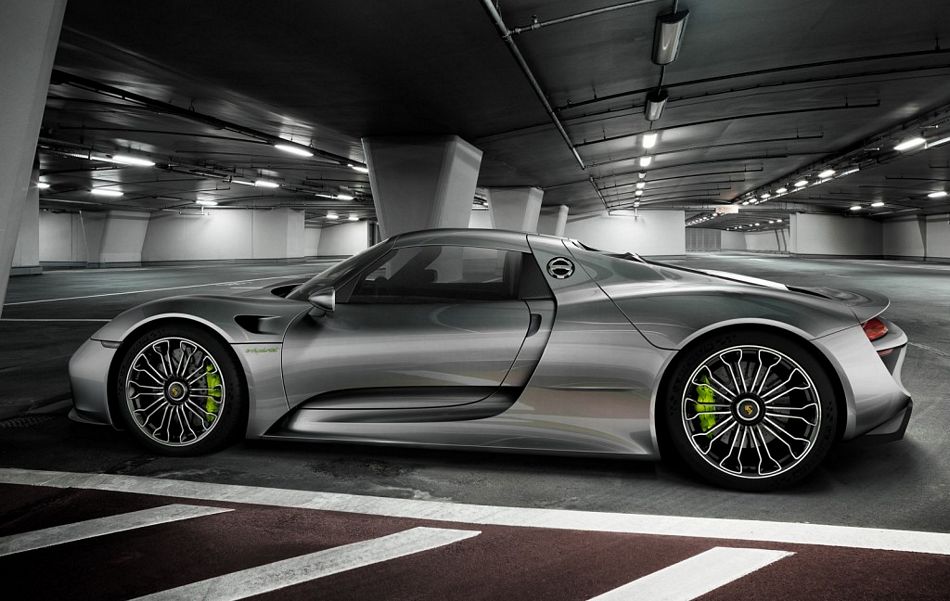 Is this the greatest Porsche to ever grace the earth?  We think so.  The Porsche 918 Spyder will go on sale in the US early next year, priced at $845,000. 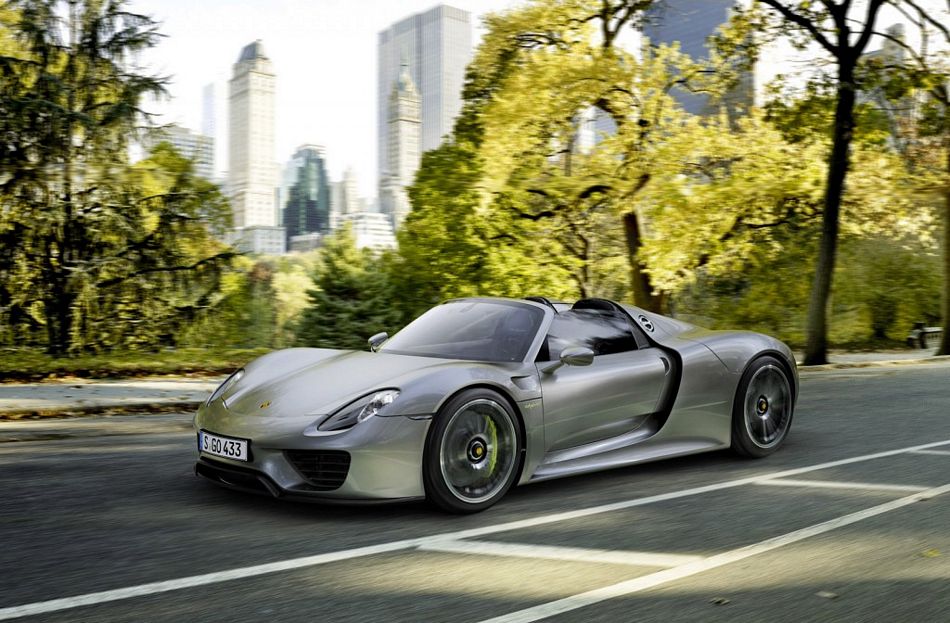 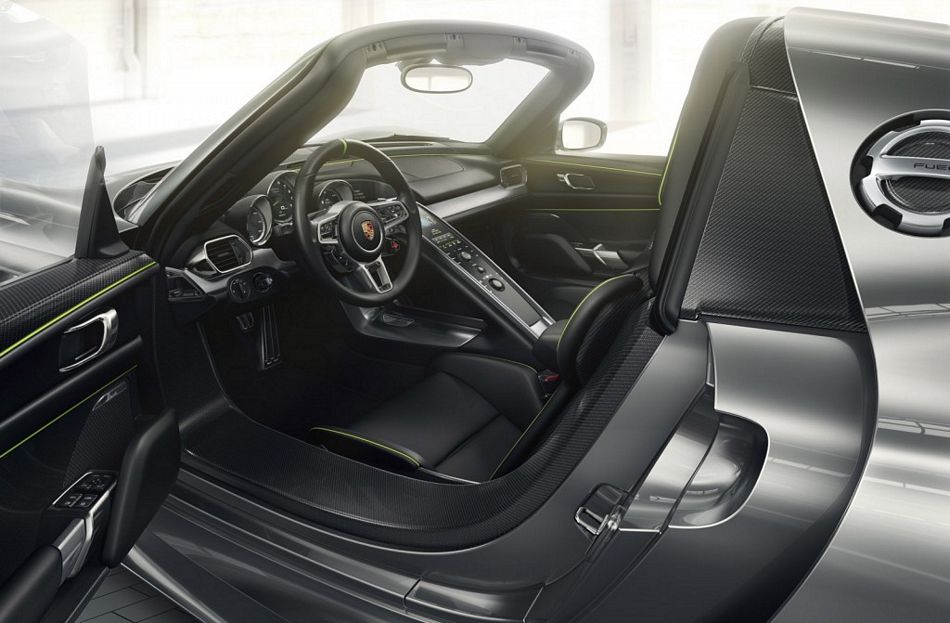 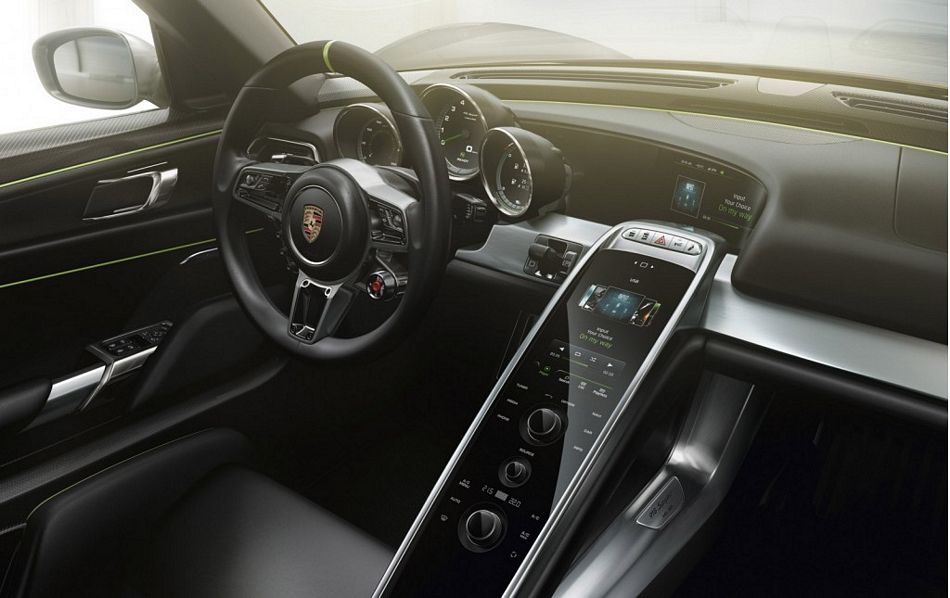 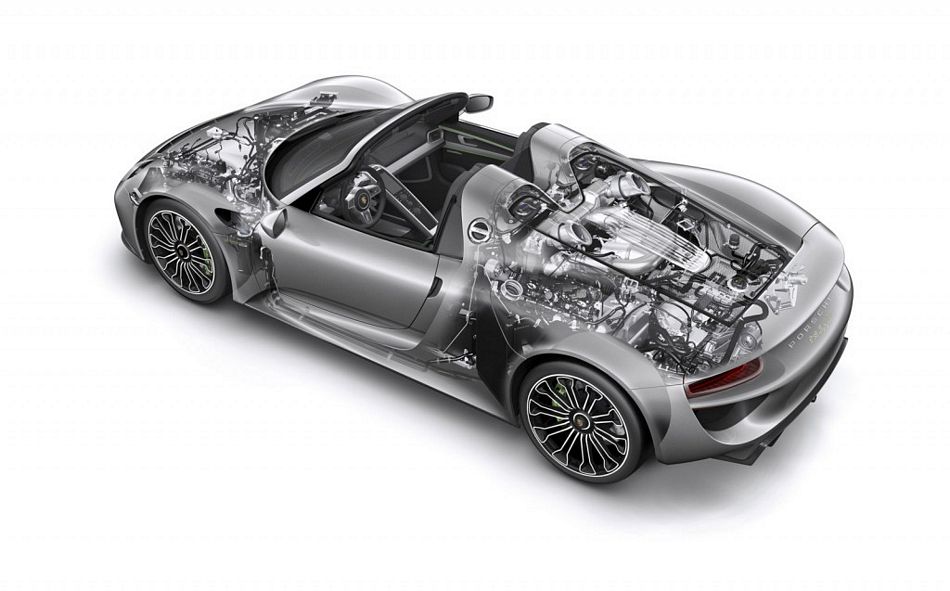