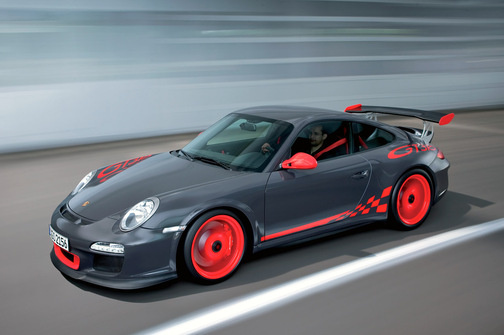 Porsche recently unveiled the details on its latest GT3 and, as always, it’s a wallet-burning beauty.  Called the 2010 Porsche 911 GT3 RS, the new ride gets a host of dynamic upgrades that easily makes it the most potent of the line.

The track-ready yet street-legal speedster adds another 15hp over its non-RS counterpart, bringing the total to 450bhp, using the 3.8-liter six-cylinder boxer engine.   It comes with a six-speed manual gearbox, shorter transmission ratios and dynamic engine mounts (which change their stiffness and damping effects on the fly).  Other performance details include a racing-worthy PASM suspension, wider front and rear tracks (nine inches and twelve inches, respectively) and improved weight.  Buyers also get the choice of a  rechargeable lithium-ion battery to shave off an additional 22lbs from the car. 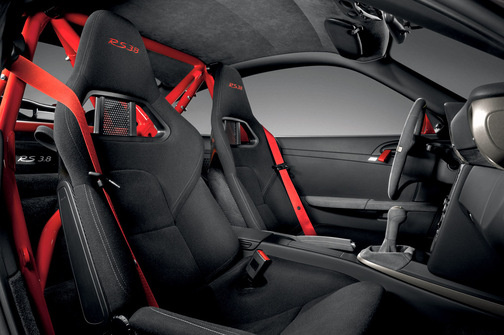 Of course, the damn thing looks hot enough to get you laid even if your other car is a unicycle.  Porsche even went a little out of their way and outfitted the GT3 RS with huge and loud body graphics, an extra large carbon-fiber rear wing (with aluminum supports) and revised front and rear fascias.  The gray and bright red theme may scream attention-whore, but we all know a car like this bellows that out anyway.