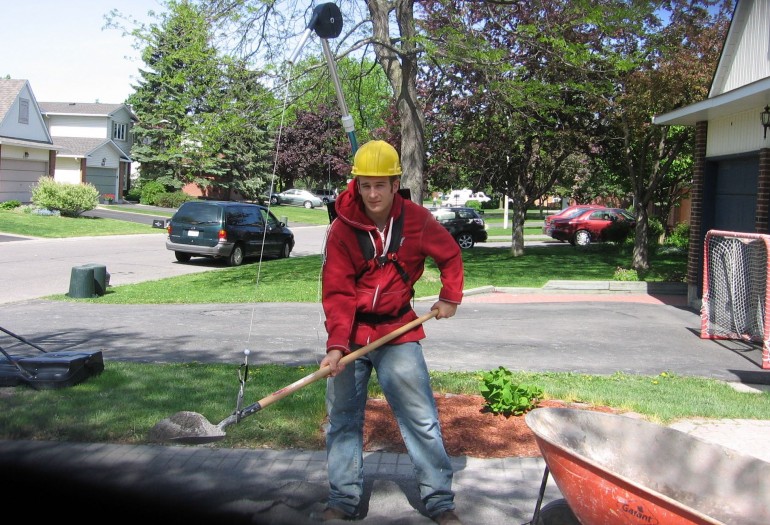 Wielding a big-ass chainsaw is lots of fun, especially when fending off zombies during the impending apocalypse.  Only one problem, though: lifting those things can put serious strain on your arms and shoulders, potentially leading to long-term injuries.  The Portable Support Tool Balancer will ensure that doesn’t happen.

According to its inventor, a Canadian landscaper, the idea came about after searching for ways to prevent long-term injuries, such as those he acquired after years of working  with a 22-pound hedge trimmer and a pole chainsaw.  Instead of letting your arms and shoulders handle all the weight, it distributes the load to your entire upper body, reducing the strain by up to 95%. 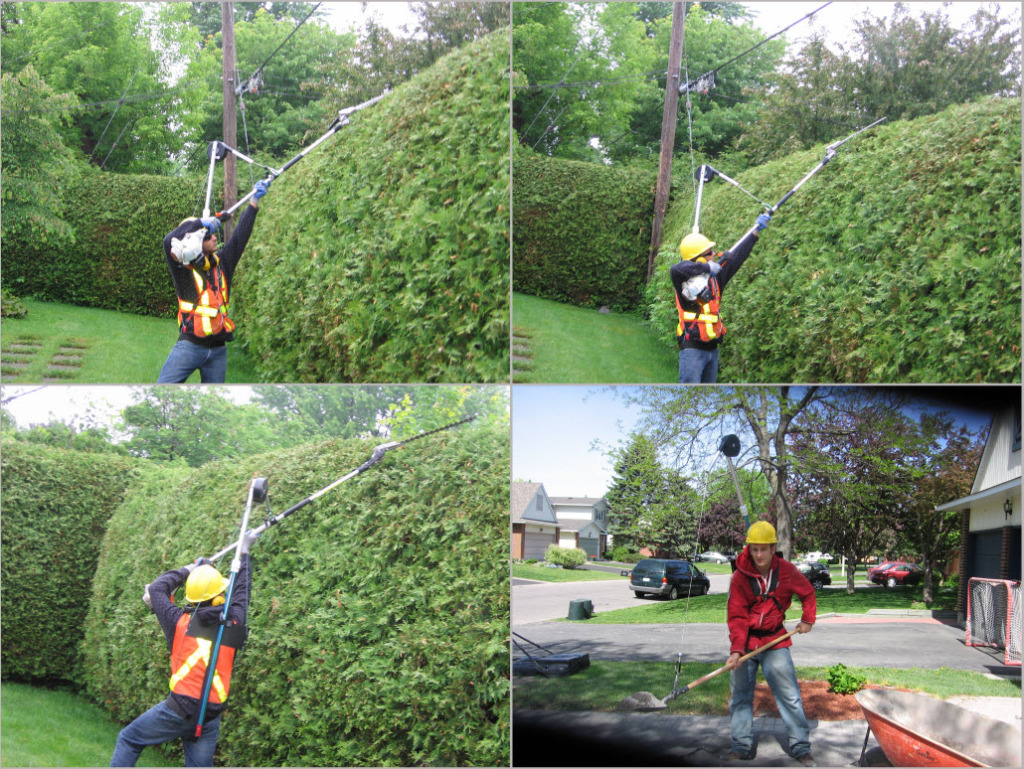 The Portable Support Tool Balancer is a harness that wraps around your torso, with a vertical pole that runs through your entire back (promoting bending at the knees) and  sticks out over your head.  A swiveling, spring-loaded take-up reel sits on top of that assembly, with a pull-out cable that you can then attach to the balance point of any heavy hand-held equipment.  As a result, you arms’ primary function is redirected to operating the tools, rather than having to also carry all its heft.

Not only can it work with trimmers and chainsaws, you can use it with a wide range of heavy hand-held anti-zombie equipment, including shovels, concrete saws and giant flame throwers.  Could be helpful when reeling in Giant Catfish, too, although I doubt they’ve tried it  for that specific function.

From the looks of it, the Portable Support Tool Balancer isn’t available for retail, but they are taking order inquiries for volume quantities online.