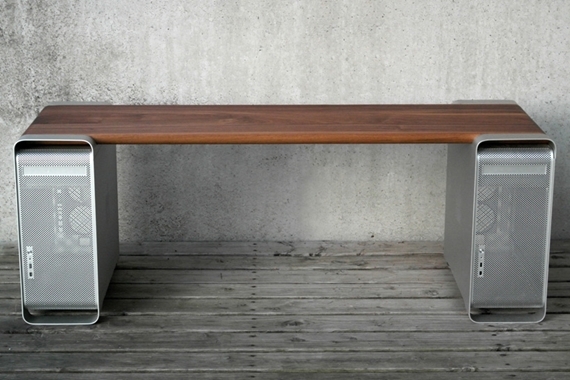 There have been a lot of awesome computer cases that came out over the years, from PC boxes that look like kitchen appliances to animal-shaped cases to entire desks that serve as a computer chassis.  When it comes to your run-of-the-mill desktop tower for business, few can claim they looked better than the body on the Apple Power Mac G5.  Simply put, it was a big fan favorite.  Apparently, Klaus Geiger loved them so much that when it came time to retire the computers, he couldn’t.  So instead of having them sitting in an attic like a tech version of a hoarder, he turned them into Benchmarc, a growing collection of furniture built out of the world’s first 64-bit desktop rig.

Surprisingly, they turned out good. 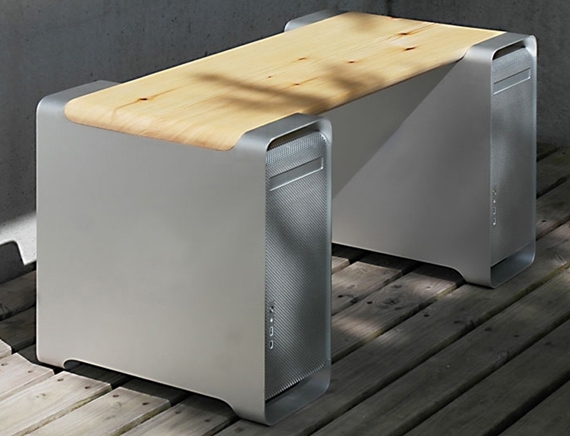 The main piece in Benchmarc is a wooden bench that uses two Power Mac G5s on either end as legs.  The wood is sized and sanded to fit snug in the gap between the chassis handles, making the whole thing appear like a seamless, unified design, rather than a simple retrofit.  Considering he didn’t even bother painting the cases, choosing to keep them in the original neutral silver color, that’s quite an impressive feat.

Aside from the bench, Klaus also constructed a rolling storage unit that converts the G5’s aluminum chassis into spacious drawers.  He stacked a pair of them for a two-level system, then placed casters on the bottom unit and a glass top above the upper drawer, with the G5’s multiple handles and legs serving as a convenient facility for pulling the drawers around. 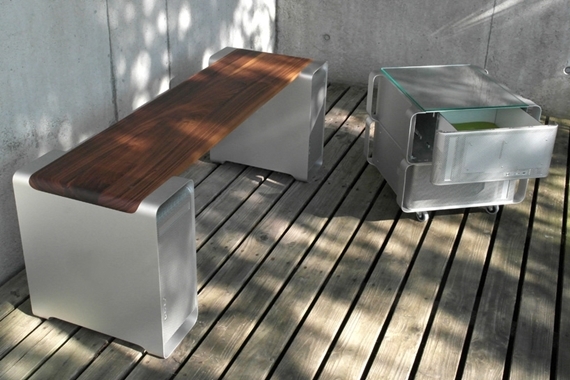 While he hasn’t built them yet, Klaus also revealed plans to produce even more furniture using the G5 chassis as base, including tables, cabinets, and shelves.