Power-Up Arcade Light Switch: Turn On The Lights With A Joystick 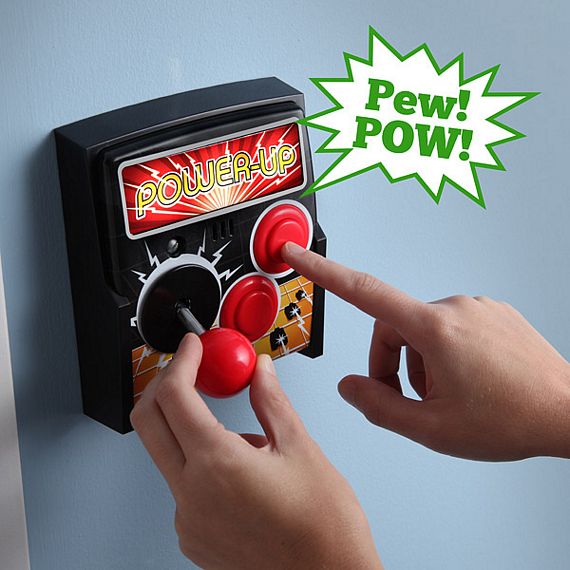 Your house is already a testament to your retro gaming geekery: a Space Invader couch, a NES Coffee Table, Atari Decals on the wall, and a whole load of other pieces guaranteed to keep you a virgin till the end of time.  Might as well go all in, right?  Here’s the next step: replace all your light switches with this Power-Up Arcade Light Switch.

With large buttons and a joystick, it looks more like an arcade controller than a light switch.  While you can’t use it to play games, it does the lights on and off like a boss, apart from a couple extra tricks that will put a smile on your face. 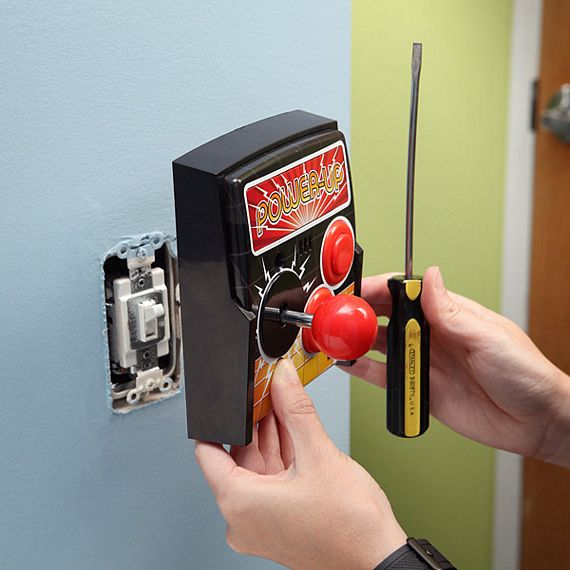 The Power-Up Arcade Light Switch can replace any common wall-mounted switches, but not any of those fancy panels with dimmer controls and such.    To use, simply press the joystick down to switch on and press up to switch off, with the Power-Up sign lighting up every time you go from one to the other (yep, there are built-in LEDs).  Installation is similar to standard light switch plates, too — just remove the screws on the original switch, put this thing over the existing panel and put the screws back in.  No fiddling with wires necessary, either, since it uses its own battery for the sound effects and LEDs.

Aside from regular electric switch hardware, the system comes with an onboard speaker and sound effects.  Press the buttons on the faceplate and it will play “PEW! PEW!” sounds (among others) just like you’d hear when button mashing at a real arcade game.

Thinkgeek has the Power-Up Arcade Light Switch, priced at $29.99.