Sadly, This Power Wheels Jurassic Park Jeep Wrangler Is Only Sized For Kids 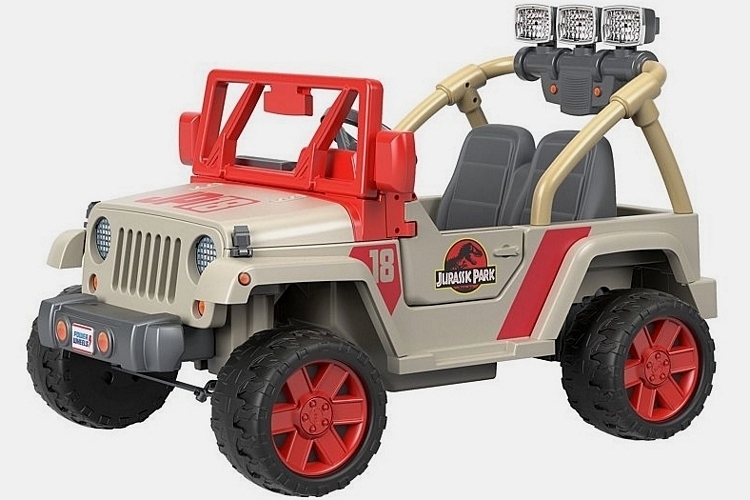 Yes, it would be fun if our neighborhood was actually a replica of Jurassic Park, with dinosaurs milling about while people went on with their business. Since that’s never going to happen, you may as well just buy your kid this Power Wheels Jurassic Park Jeep Wrangler, which, at least, lets them ride around the neighborhood to hunt down that rogue T-rex who left its controlled habitat.

A replica of the Jeep Wrangler park workers drive in the movies, the ride-on car lets kids roleplay any scene they want from the franchise. That way, they can pretend they’re being chased by a velociraptor, roleplay hunting down little Compys who wander into dangerous ground, or just drive around the neighborhood like a little Chris Pratt. Or little Jeff Goldblum, depending on who your kids gravitate more towards. 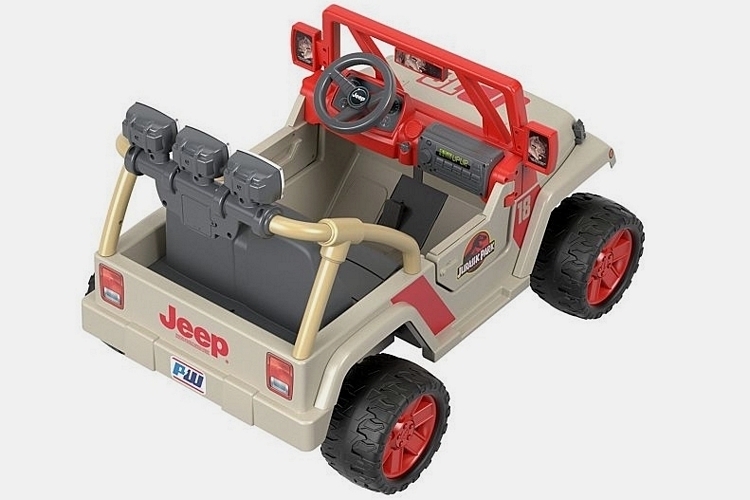 The Power Wheels Jurassic Park Jeep Wrangler is an electric ride-on, so there’s no need to perform any tedious pedaling in order for your kids to make their way around the neighborhood. It operates much like nay Power Wheels ride-on – your kid steps on the pedal to get it running and lift their foot off the pedal to automatically engage the electronic braking system, which should make it extremely safe for even young kids to operate. A knob on the dashboard allows them to easily switch gear, changing max speed from 2.5 to 5 mph and putting the car on reverse, complete with a parent-controlled high-speed lockout (it’s actually a screw that parents can remove) that electronically limits the max speed to 2.5 mph.

The four-wheeled ride-on can drive across the hard surfaces of your neighborhood’s streets and sidewalks, as well as the grassy surfaces of both lawns and backyards. That means, it’s not quite as off-road-capable as an actual Wrangler, so don’t even bother using it to try to find an actual dinosaur (or even Bigfoot) in the local backcountry. 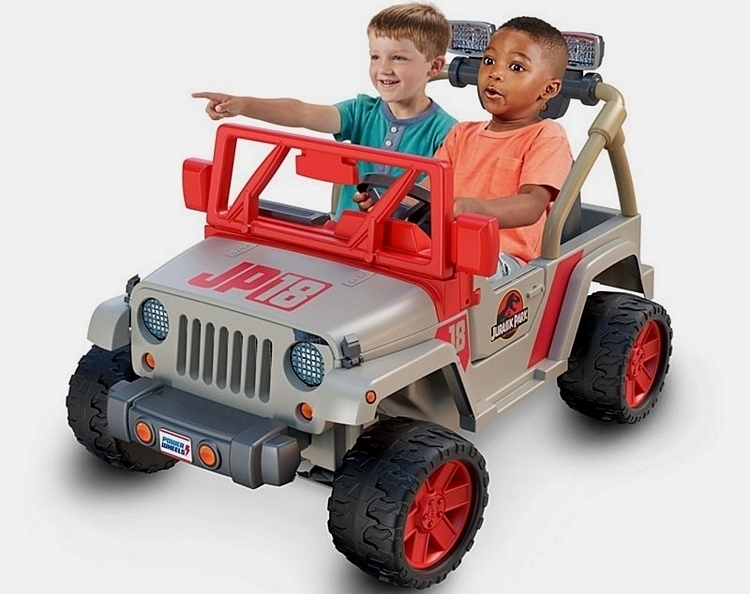 The Power Wheels Jurassic Park Jeep Wrangler comes with two seats, so your kid can have a friend of theirs come along for the ride (maximum total weight is 130 pounds), with a real working light bar in the back, so they can light up the streets when they drive around the neighborhood at night. Like any proper car, it has a radio on the dashboard that kids can turn on when things start getting boring in the cabin. Instead of playing your favorite music, though, the radio plays dinosaur and vehicle sounds, the way it probably would sound like if you were driving in Jurassic World. 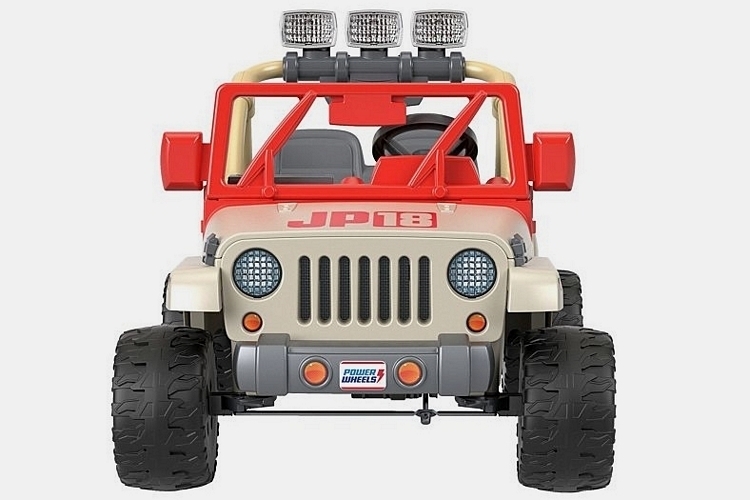 Since there are no actual dinosaurs in your neighborhood, the car comes with a side-mirror that shows the fake reflection of a T-rex, so kids can, at least, pretend a cloned prehistoric creature is chasing them from behind. Lastly, there’s a cargo area in the back where kids can load a bunch of stuff, so they can drive to the neighbors for a playdate with their favorite toys in tow.