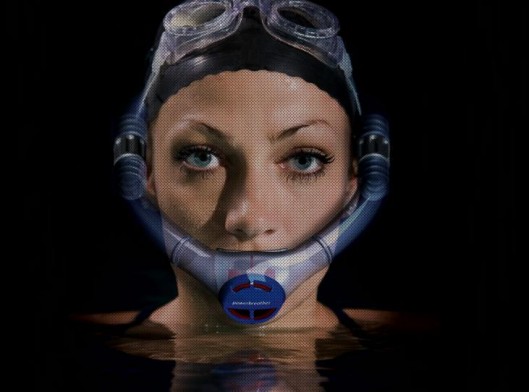 Snorkels are a genius invention, allowing you to breathe underwater with little effort without requiring you to haul a tank of air around.  But they’ve also embraced the exact same design for decades upon decades now.  And somebody finally decided it was time for a change.  The result is the Powerbreather.

Designed as a breathing tool for swimmers (and those learning to swim), the contraption revises the classic L and J shape of traditional snorkels into a U-shaped rig.    Instead of one valve, you have two — one (behind the head) for bringing fresh air in and another for pushing it out (right by the mouthpiece), allowing for more efficient breathing while in the water (no stale air gets breathed in). 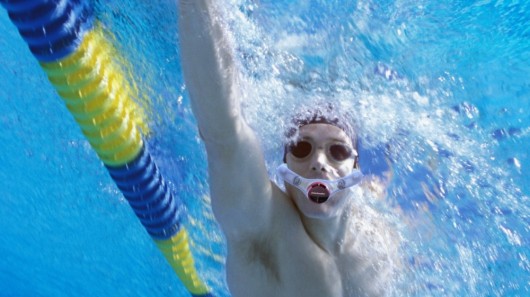 Unlike traditional snorkels, the Powerbreather seals up your whole mouth for unimpeded breathing, eliminating any chances of swallowing water entirely.  This should be particularly attractive to new swimmers who don’t have a lot of confidence in the water yet, allowing them to focus on form and technique while paddling across a pool.  Plus the wraparound U-shape is a lot less awkward-looking compared to regular snorkels

Available as a one size fits all accessory, the redesigned snorkel can be adjusted to fit around most any head.  Unless, of course, you’ve got a horse head or some other weird crap like that.  While I won’t call it pretty, the wraparound U-shape does appear a lot less awkward-looking compared to your more standard underwater breathing tubes.

No word is available on pricing or release dates for the Powerbreather, but it looks like it could make for  a sweet addition to your swim training arsenal.