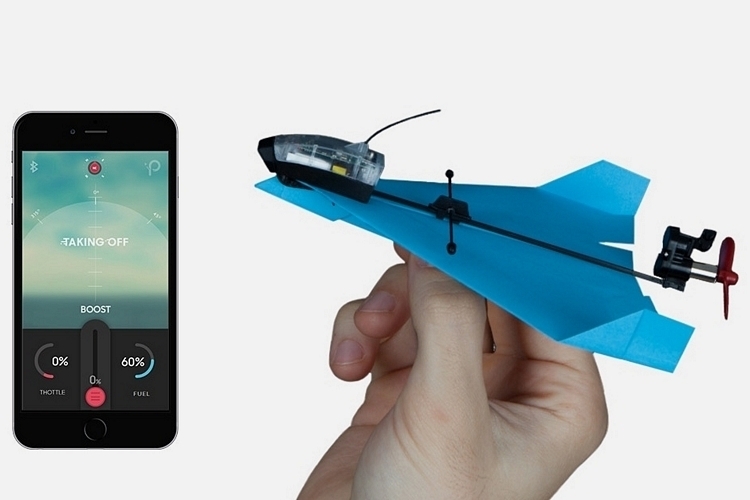 That’s right, the new kit will let you do barrel rolls, spins, and loops using nothing but paper airplanes, stepping up your enjoyment of erstwhile humble toys to a whole other level. The best part? Since you’re flying paper planes, you can just make a new one every day, with no worries about damaging a wing during crashes or any usual concerns when it comes to remote controlled flyers. 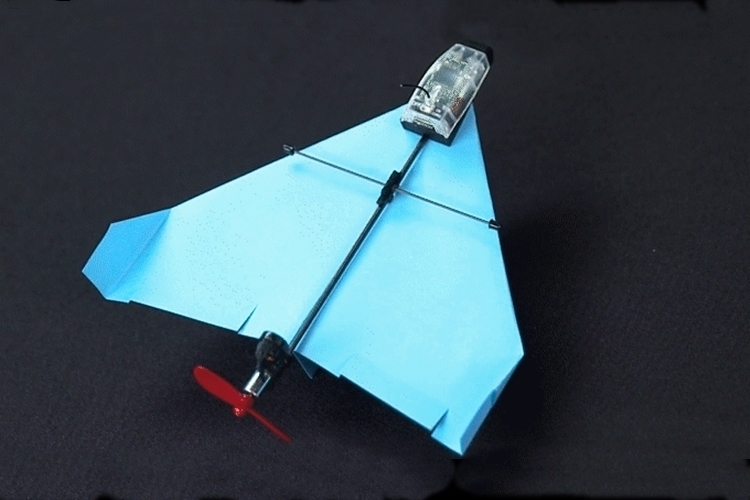 The PowerUp Dart achieves this capability by improving the kit’s ability to let your plane make sudden turns, as well as improving its speed to 25 mph. That’s right, paper planes that fly at 25 mph. The new kit takes the same design as the original, but makes it 50 percent smaller and 25 percent lighter, all while adding 30 percent more thrust to the motor in the back to give it a 2:1 thrust-to-weight ratio. They also added a crossbar to the stick that spanned the length of the aircraft, which provides better lift and helps stabilize the lightweight planes during sudden banks by delivering additional holding force. It can fly for 10 minutes in a single charge.

Construction is carbon fiber and nylon-reinforced plastic, so these are virtually indestructible. From the looks of it, the propeller is the most vulnerable item in the set, although it sits quite safely in the back, so it’s not take the brunt of impact during crashes. The nose of the rig, by the way, comes with a rubber tip that should absorb most of the impact if it ever nosedives during landing. 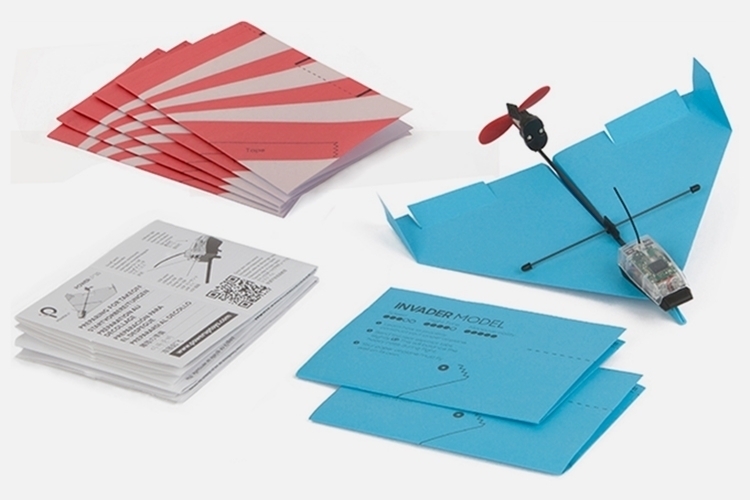 What tricks can you do with the PowerUp Dart? They have a basic guide available from the product page, most of which rely on banking the plane at a precise angle while going really, really fast. It can even perform a loop without much skill required – just boost it to 100 percent thrust and the plane will loop on its own. Other listed tricks include the wingover, barrel roll, spin, lazy eight, hammerhead, Immelmann, and scissors, although you can probably come up with a whole lot more once you get to know the toy better.

Unlike its previous iterations, the new toy comes with optional landing gear, which allows the plane to take off without requiring being launched by hand. They should also make landing more effortless, since the tires will come in contact with the ground first, ensuring all your hardware stays safe.

The kit, by the way, is designed to work with paper planes made using the smaller A5-size paper, so make sure you have access to that. Otherwise, start cutting off about 5.5 inches to your stack of A4 paper in the drawer.

A Kickstarter campaign is currently running for the PowerUp Dart. You can reserve a unit for pledges starting at $29.