Presto Nomad Puts A Slow-Cooker In A Cooler Form Factor 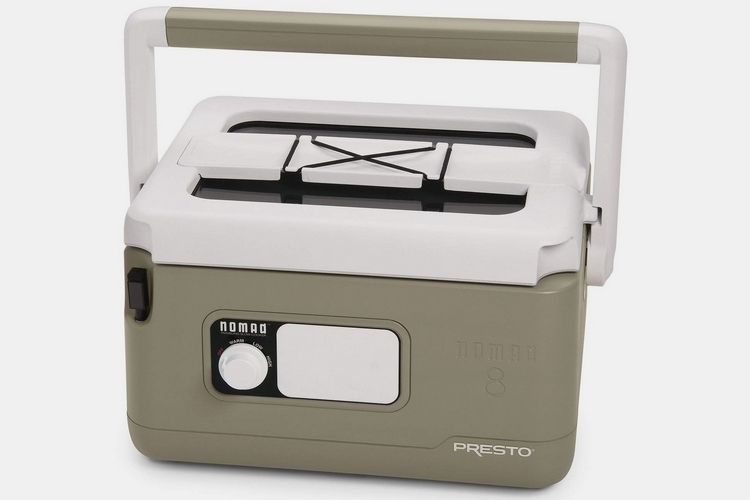 It looks like a cooler. You know, the kind you’ll bring on the road to hold refreshments for one to three people. Except, the Presto Nomad is actually a slow-cooker that takes on a cooler-like form factor to make it viable to bring while on the go.

We know, a slow-cooker for the road sounds like a ridiculous idea. Who wants to wait six hours or more to cook their food when spending time in the outdoors? If you think about it, though, it kind of makes sense. Just leave it to cook while you hike, fish, and go about the day’s activities, then come back to camp with a warm meal waiting to be served. You can also have it cooking something for longer drives, ensuring you’ve got something ready-to-eat by the time you reach your destination. 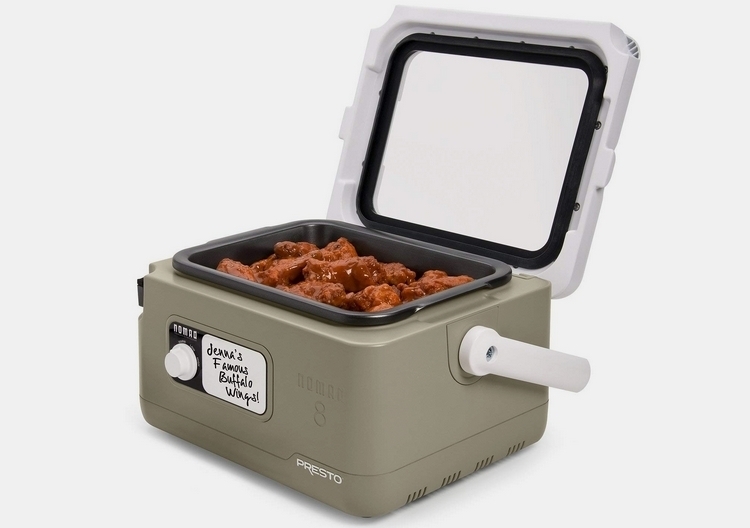 The Presto Nomad takes the standard ice box design from the boxy shape and the thick molded shell to the lid and the full-width handle. Seriously, everyone’s likely to mistake it for a cooler the first they see it, as there’s absolutely nothing to indicate it’s anything else. Well, apart from the heat settings knob on the front and the straps on the top of the lid, that is, both of which people will likely just dismiss as a fancy new cooler feature. And while it looks like a cooler, it’s definitely not for chilling drinks, as it’s strictly designed to slow-cook your food, so don’t expect much in terms of ice retention if you decide to experiment and use it as an ice box.

It has a cooking capacity of eight quarts, so it should cook a large enough meal to feed a small group, complete with a viewing window on the lid, so you can check how the food is doing without letting any heat out. Just like in a cooler, the lid is designed to lock in tight, so you’ll need to give it a heavy tug in order to open, complete with a swing-up handle to make carrying it easy while lowering the overall profile to prevent tipping over during transit. 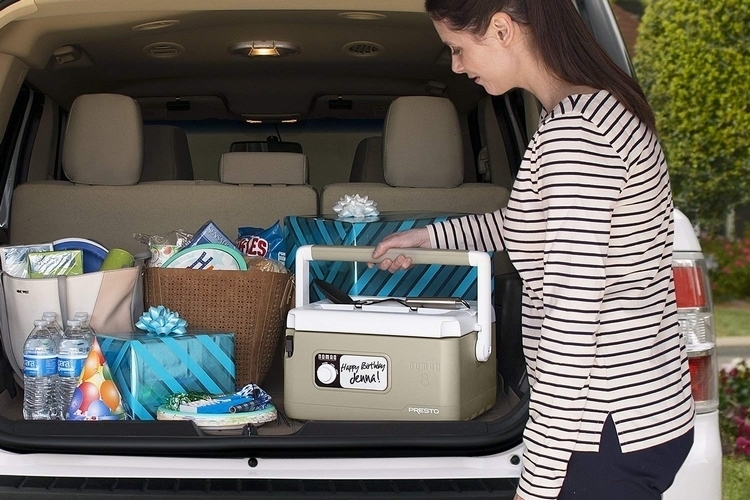 The Presto Nomad can cook any food you normally make on a slow-cooker, from soups and casseroles to roasts and stews, complete with three heat settings, so you can adjust how long you need to wait before the food is ready. The catch? It isn’t powered using propane or a battery – instead, you’ll have to plug it in to 120-volt outlet in order to use, so you’ll need to bring along a battery pack with an integrated standard outlet. And you’ll need to keep that charged, too, most likely using a solar panel, so it’s a bit more hassle than usual. 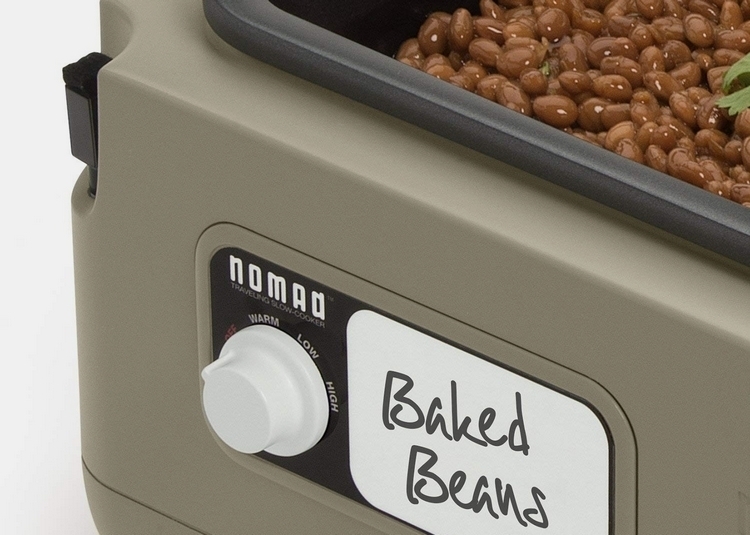 Dimensions are 8.5 x 12.3 x 15.8 inches, with an empty weight of 8.5 pounds. Other features include a built-in storage for the power cord, straps on the lid for holding cooking utensils, and a small dry-erase board for adding labels (like, you know, BEARS NOT ALLOWED). Or something.

The Presto Nomad is available now. 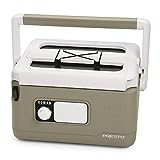