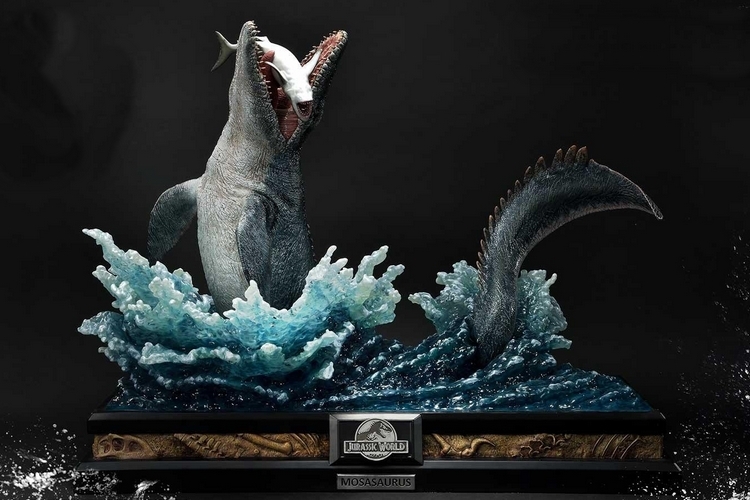 Any time we talk about dinosaurs, it seems we’re always thinking about the landlubbers. You know, that mesmerizing T-rex, that creepy velociraptor, or that awesome-looking triceratops. And that’s reflected in the kind of toys we’re seeing from the Jurassic World franchise. Someone finally saw fit to change things up a bit with the Prime 1 Studio Jurassic World Mosasaurus 1/15th Scale Statue.

Depicting the aquatic carnivorous lizard as it appeared in the Jurassic World movie, the figure captures the creature mid-attack, as it leaps to the surface of the water to feed on a hapless shark. Why a shark? Because dolphins are too cute and whales are too big, making scary sharks just the perfect creature to showcase this prehistoric creature’s dominion over the seas. 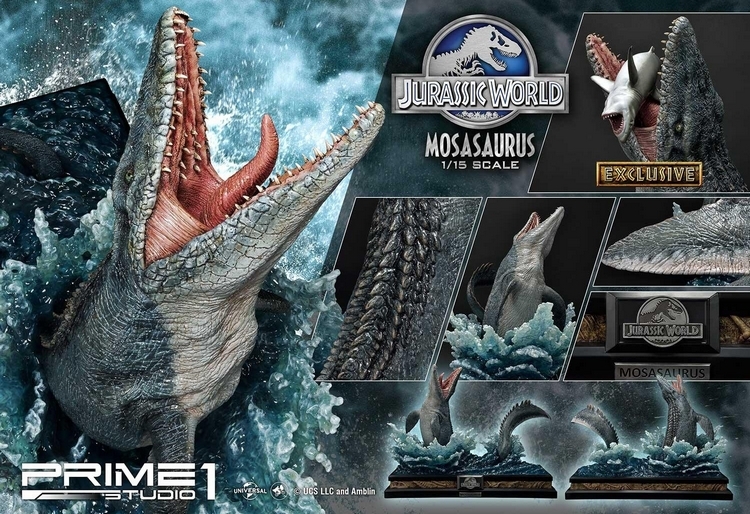 The Prime 1 Studio Jurassic World Mosasaurus 1/15th-Scale Statue measures 26 x 35 x 20 inches (height x width x depth), so it’s one big prehistoric creature that can take up an entire coffee table or display shelf. At this size, it’s going to dominate any space you put it in, especially with how dynamic the actual scene is. Truth be told, Jurassic World was our first exposure to this dinosaur, which means we don’t know much about it, so we’ll take it the monster looks exactly like the crocodile-Godzilla hybrid that it looks like here. And yes, the beast is one incredible sight.

The statue depicts the prehistoric creature in a diorama scene as it lunges out of the water to scoop up a shark swimming near the surface. The mosasaurus’ body is partially obscured by water, as the statue depicts the effect of the water splashing as the massive creature bursts out into the surface, which, we have to admit, does make the scene appear more alive. We do wish we can get a full statue of its body, though, so we can admire the terrifying creature from the tip of its snout to the end of its tail. 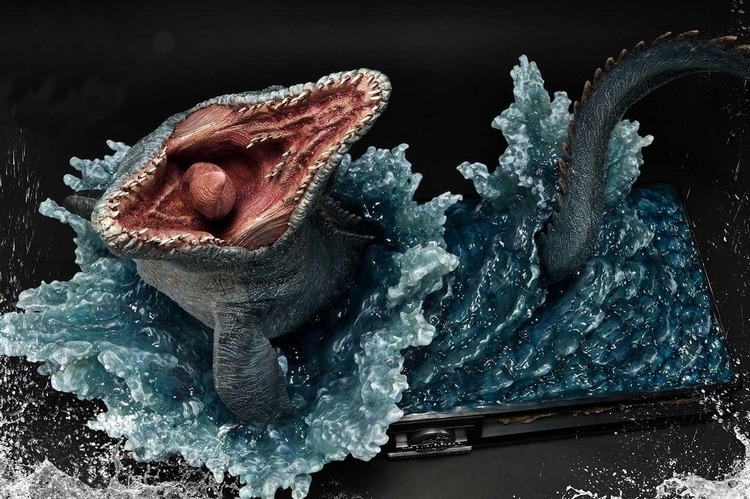 The Prime 1 Studio Jurassic World Mosasaurus 1/15th-Scale Statue recreates the creature in great detail, from the wrinkles all over its skin and its body musculature to the sharp fins on its tail and its multiple rows of teeth. The shark, by the way, is removable, so you can replace it with any animal, prehistoric creature, or action figure in your collection. That’s right, you can have it feasting on Jean Claude Van Damme, Walter White, or Rambo if that is what you want. If you want to be realistic, of course, you can feed it other large fish, turles, and small water dinosaurs, including its own species. Yes, the darn thing is a monstrous cannibal. 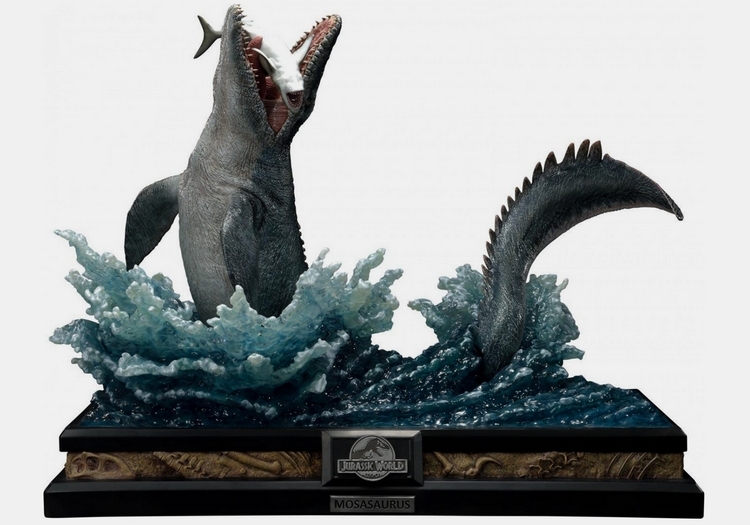 As is typical with sculptures from Prime 1, the cast and paint work look immaculate, both on the actual creature and on the water surrounding it in the scene. Everything is mounted atop a custom Jurassic World-themed base, with a label indicating what kind of creature it is.

The Prime 1 Studio Jurassic World Mosasaurus 1/15th-Scale Statue is scheduled to ship March of 2021. Price is $1,649 for the full set. You can also opt for a version sans the removable shark for $1,599.